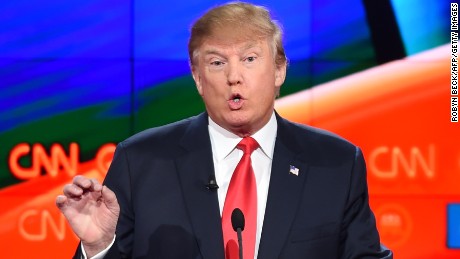 Washington( CNN) Donald Trump perpetrated Tuesday to not running for chairman as an independent — an idea he has floated in the past — during the CNN hosted Republican debate.

Trump said Thursday that he is “totally committed to the Republican Party” and said he feels “very honored to be the front-runner” after he was asked whether he was ready to commit to not running as a third-party nominee.

Trump said that he has “gained great respect for the Republican leadership” in recent weeks as well as his fellow Republican nominees for chairman.

As if firing a warn shoot, Trump last week tweeted the results of a poll that showed that two-thirds of his supporters would vote for him should he leave the Republican Party and seek an independent bid.

Trump signed a allegiance pledge to the Republican Party in September — vowing to support the Republican nominee and not operate as an independent — but has since insisted that that pledge was contingent on the GOP treating him “fairly.”