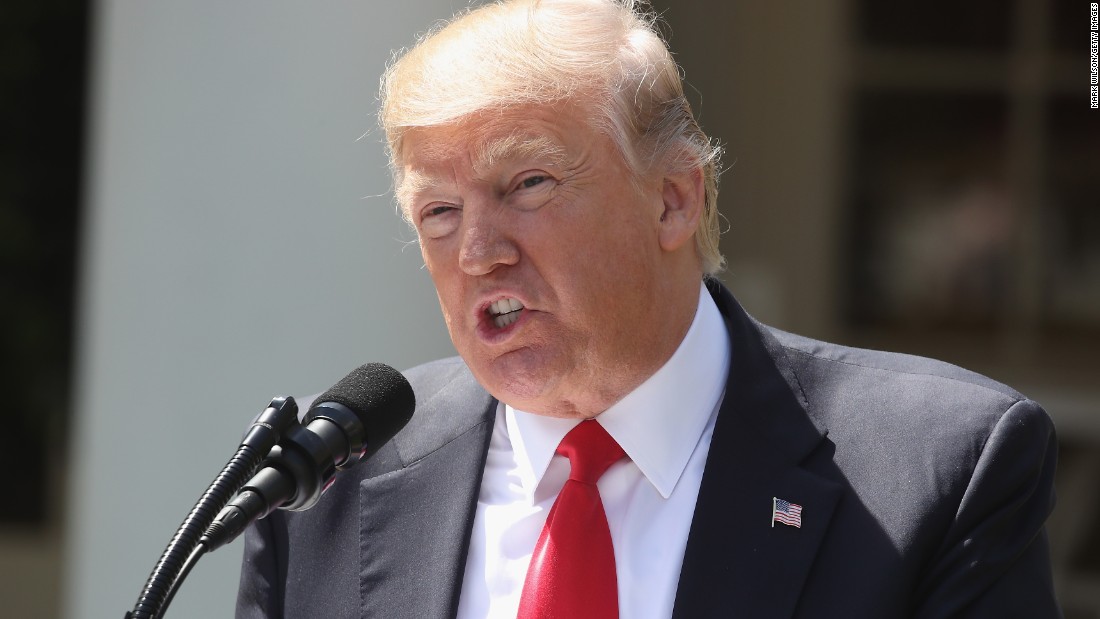 (CNN)Before launching a military strike on a Syrian government target, President Donald Trump said Thursday that “something should happen” with regard to Syrian leader Bashar al-Assad in the wake of this week’s chemical attack, which US officials say he perpetrated. 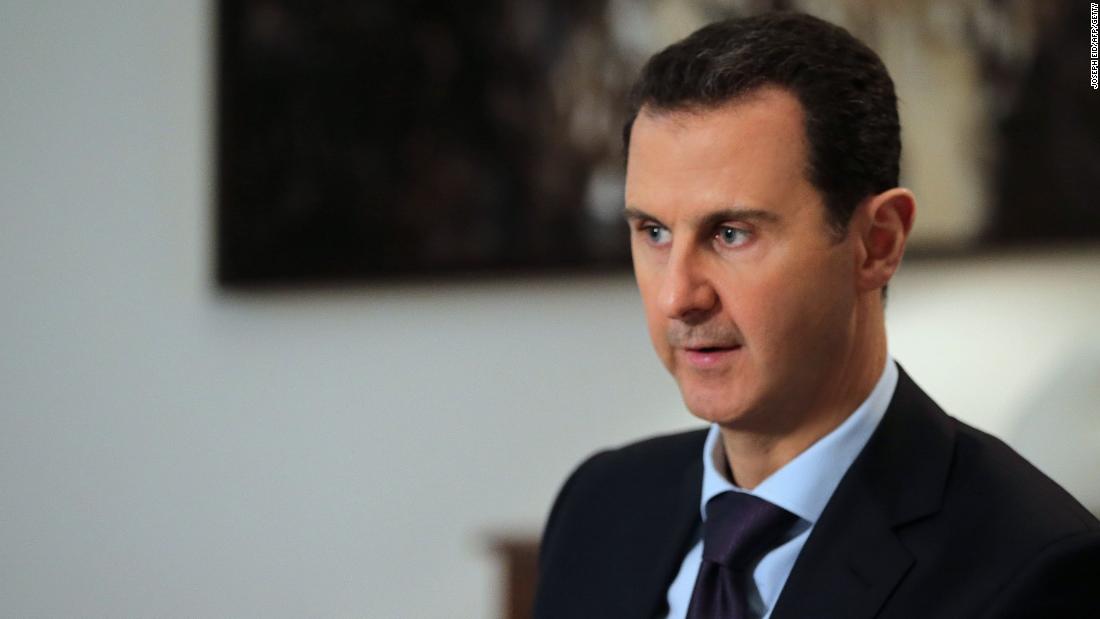 Trump was expected to meet with his national security team later Thursday in Mar-a-Lago, according to a White House official.
The US military had warships and aircraft in the area ready to go.
Two US Navy warships armed with Tomahawk cruise missiles — the USS Ross and the USS Porter — are stationed in the Mediterranean.
US warships launched between 50-60 Tomahawk cruise missiles at a Syrian government airbase where the warplanes that carried out the chemical attacks were based, US officials said.
The White House official confirmed that in addition to Defense Secretary James Mattis, three other Cabinet secretaries are currently in Mar-a-Lago, including Secretary of State Rex Tillerson, Commerce Secretary Wilbur Ross and Treasury Secretary Steve Mnuchin. 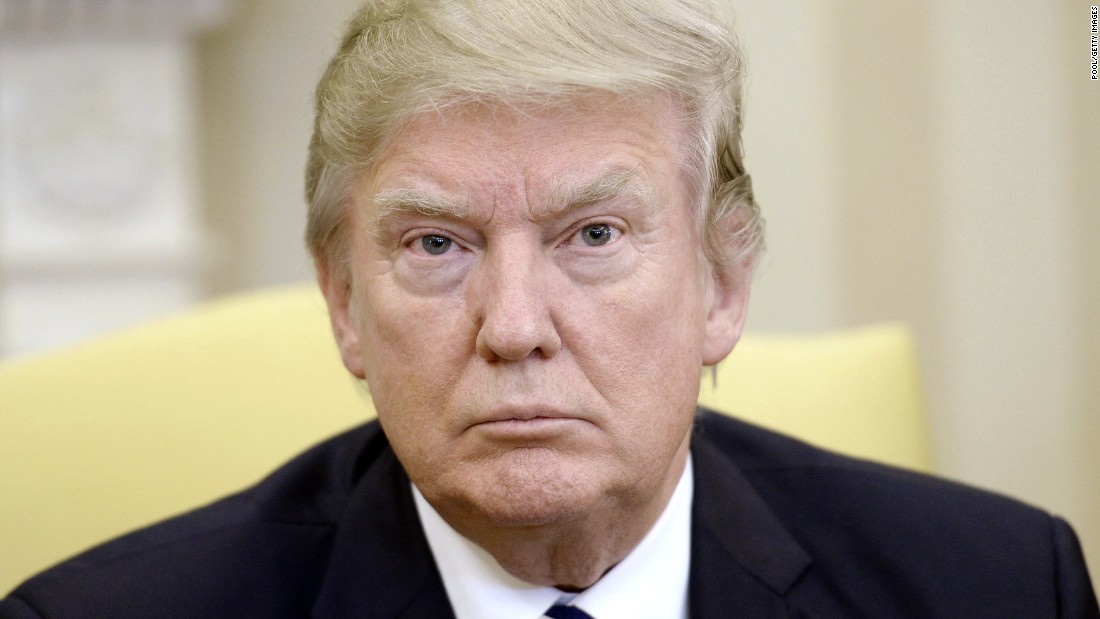 Trump’s comments came shortly after CNN learned that the President is considering military action in Syria in retaliation for the chemical attack. The US has led a coalition bombing campaign against ISIS targets in Syria and has special operations forces posted there, but has resisted any direct military action against the Assad regime.
While Trump declined to say directly whether he believes Assad should be deposed, Tillerson said Thursday afternoon that Assad’s fate is “uncertain” and that the US is taking steps to bolster an international effort to remove Assad.
Tillerson’s tough words also extended to Russia, Syria’s primary benefactor, whom he warned to “consider carefully their continued support for the Assad regime.” 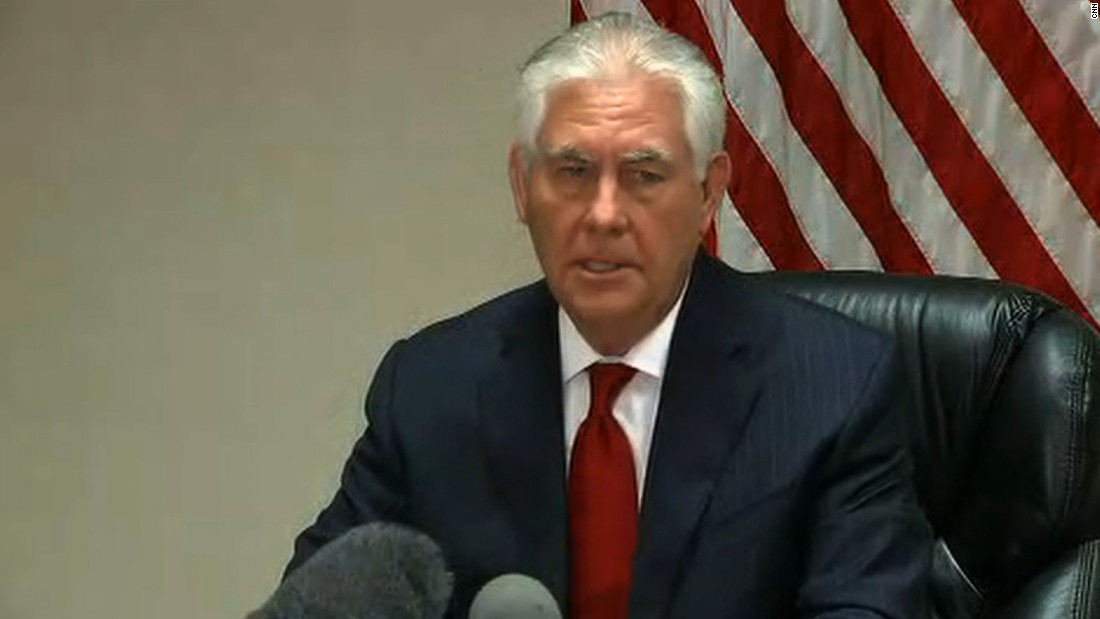 Tillerson: No doubt Assad is responsible

Both Trump and Tillerson’s comments made clear the President’s thinking on the US role in Syria has changed in the wake of the chemical attack, whose victims were seen writhing in agony in videos broadcast around the world.
Trump, who has argued in favor of targeting ISIS while largely ignoring Assad, told some members of Congress in the wake of the chemical attack that he is now considering military action there and recognizes the seriousness of the situation, a source familiar with the calls told CNN. 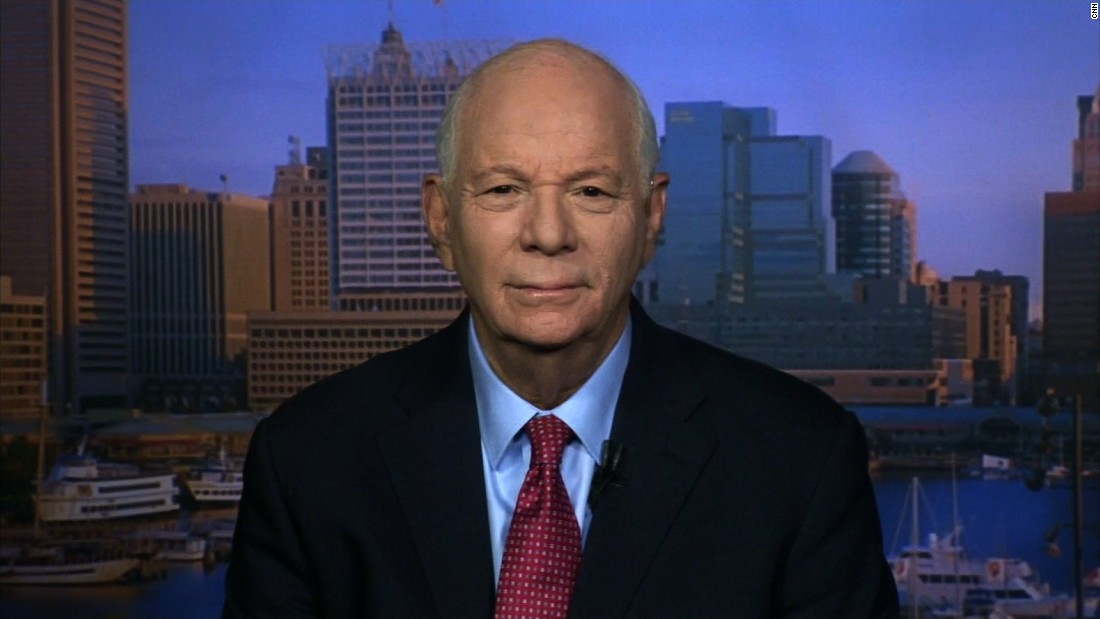 The source said the President had not firmly decided to go ahead with it but said he was discussing possible actions with Mattis.
“I don’t want to mention that,” Trump said when asked if he told members of Congress he plans to take military action. “But the answer is no, I haven’t.”
US officials told CNN the Pentagon has long-standing options to strike Syria’s chemical weapons capability and has presented those options to the administration.
The sources stressed a decision has not been made. 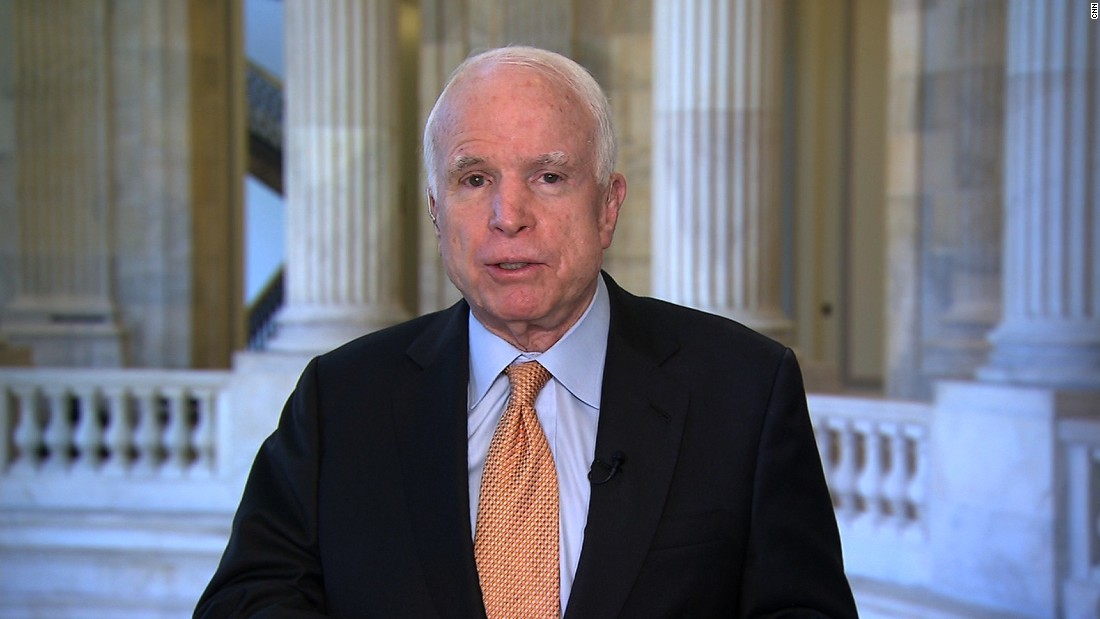 McCain on Syria: We’ve seen this movie before

McCain and Graham weigh in

Sen. John McCain, an Arizona Republican, told reporters Thursday that it’s his “understanding” that Trump is consulting with Mattis and national security adviser H.R. McMaster on Syria. He does not know what they will recommend to him, but believes they will provide him with an “excellent” option.
McCain and Sen. Lindsey Graham issued a joint statement earlier in the day calling for military action, recommending an international coalition “to ground Assad’s air force.” 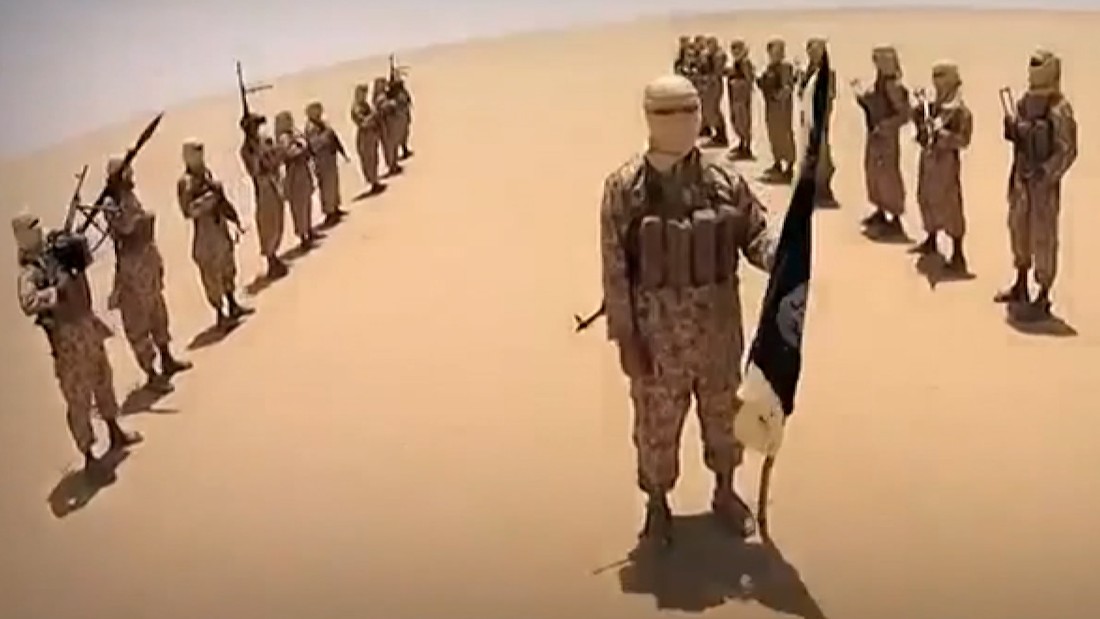 “We agree with the President that Assad hasl crossed a line with his latest use of chemical weapons. The message from the United States must be that this will not stand. We must show that no foreign power can or will protect Assad now. He must pay a punitive cost for this horrific attack,” they said.
They added: “In addition to other measures, the United States should lead an international coalition to ground Assad’s air force. This capability provides Assad a strategic advantage in his brutal slaughter of innocent civilians, both through the use of chemical weapons as well as barrel bombs, which kill far more men, women and children on a daily basis … Ultimately, the grounding of Assad’s air force can and should be part of a new comprehensive strategy to end the conflict in Syria.” 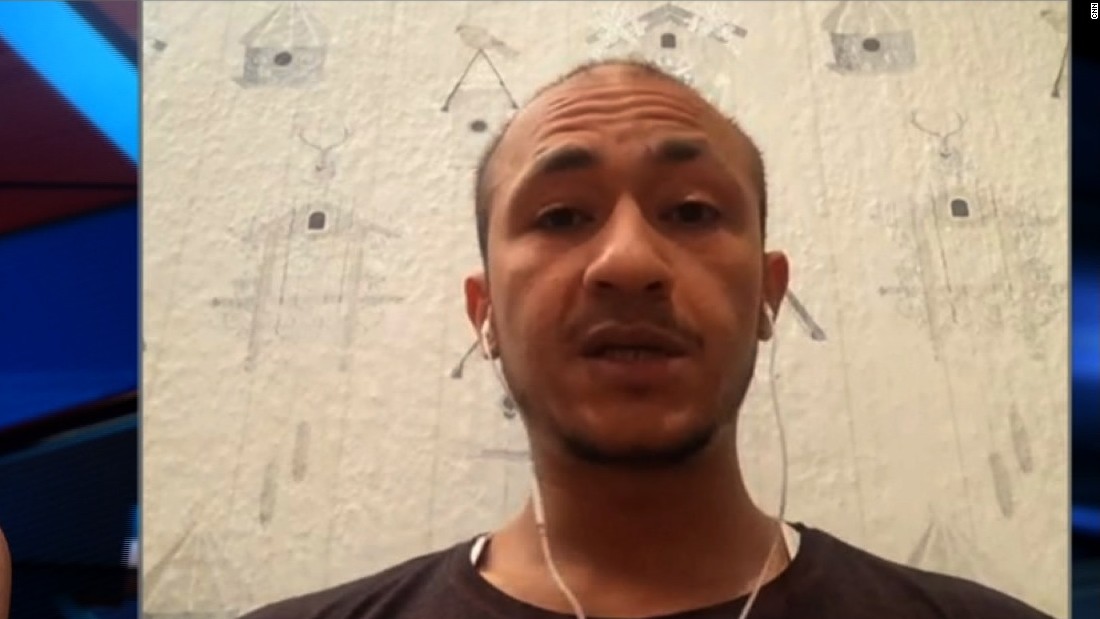 By Thursday evening, Sen. Jim Risch, a Republican member of the foreign relations and intelligence committees, said in an interview on Fox News that the administration was “considering” military options, and believed they would likely take place.
“The ones that are going to be wringing their hands over this are the people in Moscow right now, because they’re going to have to make some serious choices as to how much capital they’re going to spend on this,” Risch said.

Trump on Wednesday called the chemical attack that killed more than 70 people in Syria as a “heinous” act that had changed his views on Assad.
“Yesterday’s chemical attack, a chemical attack that was so horrific in Syria against innocent people, including women, small children and even beautiful little babies, their deaths were an affront to humanity,” Trump said, speaking in the Rose Garden alongside Jordan’s King Abdullah. 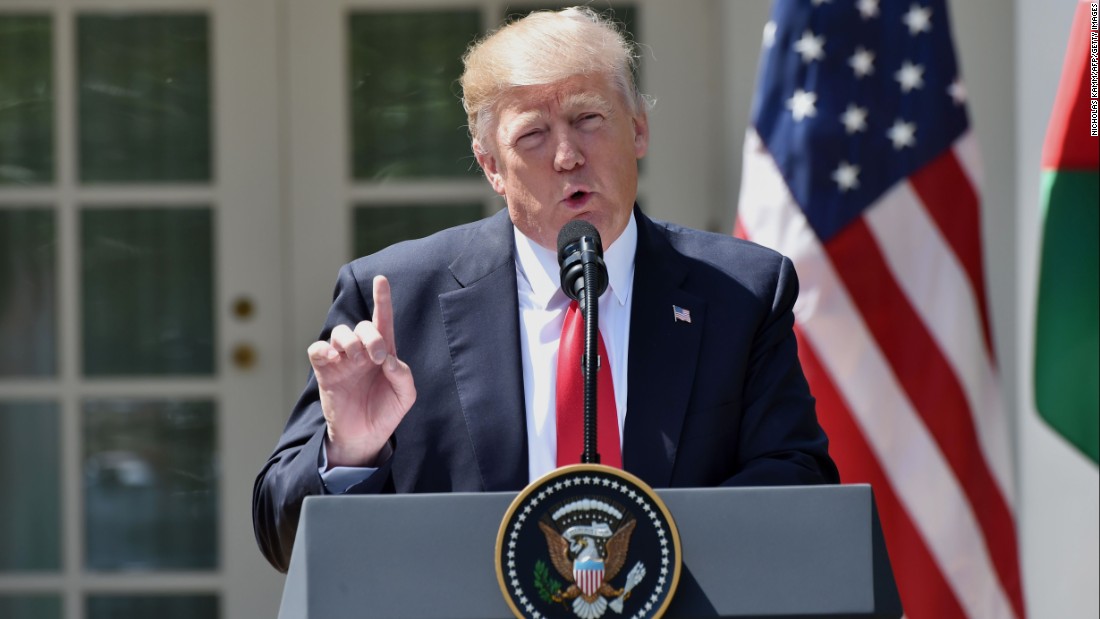 “These heinous actions by the Assad regime cannot be tolerated. The United States stands with our allies across the globe to condemn this horrific attack and all other horrific attacks, for that matter.”
Earlier this week, the Trump administration had offered a pessimistic view on Assad’s fate in Syria, citing political realities there as a reason the brutal dictator isn’t likely to leave anytime soon.
“There is not a fundamental option of regime change, as there has been in the past,” White House press secretary Sean Spicer said Tuesday. 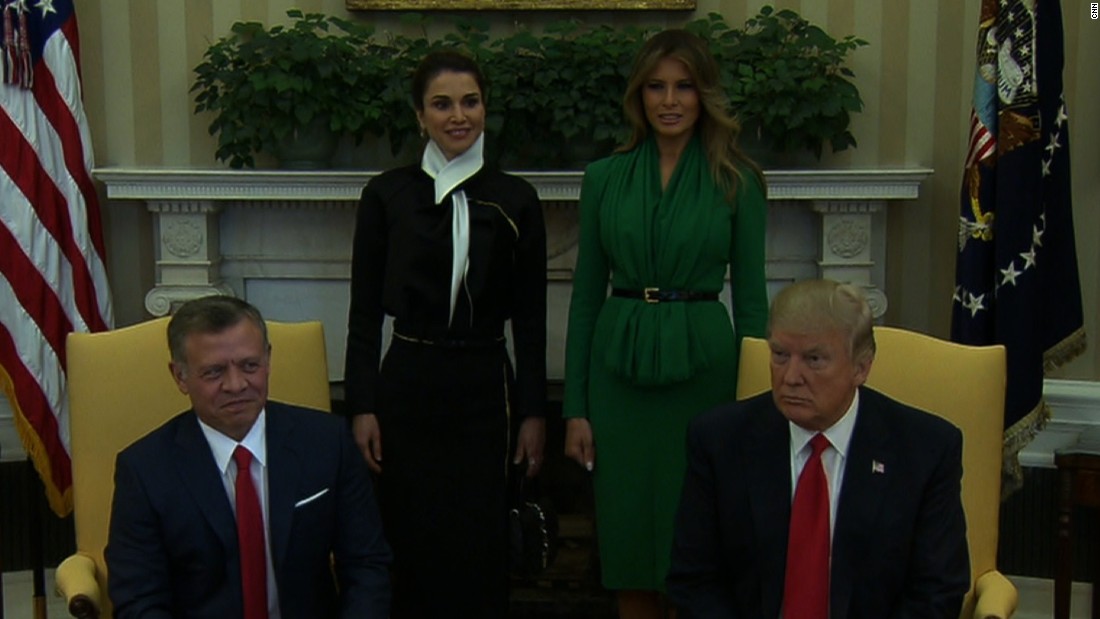 The lack of options in Syria isn’t a new conundrum — President Barack Obama often cited the country’s civil war as the predicament that haunted him most. The Trump administration has mustered the display of outrage that many world partners were seeking, including convening an emergency session at the United Nations Security Council, chaired by US Ambassador Nikki Haley.
But the White House’s frank admission that Assad would remain in power in Damascus for the foreseeable future was a break from the past and a reflection that Trump plans to bring US foreign affairs in a new direction.
There are few US interests in Syria, and becoming engaged in military conflict there would undoubtedly mean American deaths. Four years after Obama failed to gain support from Congress for a strike on Assad’s positions, there remains little appetite for a broader scale American effort there. And Trump, whose transactional views of foreign policy are openly expressed, sees little reason for the US to become more engaged.

Trump did not lay out a clear position on the campaign trail with regard to military action in Syria.
Beneath his pledges to “bomb the sh** out of ISIS” and eliminate the terrorist group entirely, Trump offered little insight into his plans for accomplishing that goal or the philosophy that would drive his actions on the military front.
Trump in October slammed Obama’s decision to deploy fewer than 50 special operations forces to Syria, arguing that Obama “just doesn’t know what he’s doing.”
But Trump wouldn’t say whether he was opposed to deploying troops in Syria, simply slamming Obama for sending such a small number. 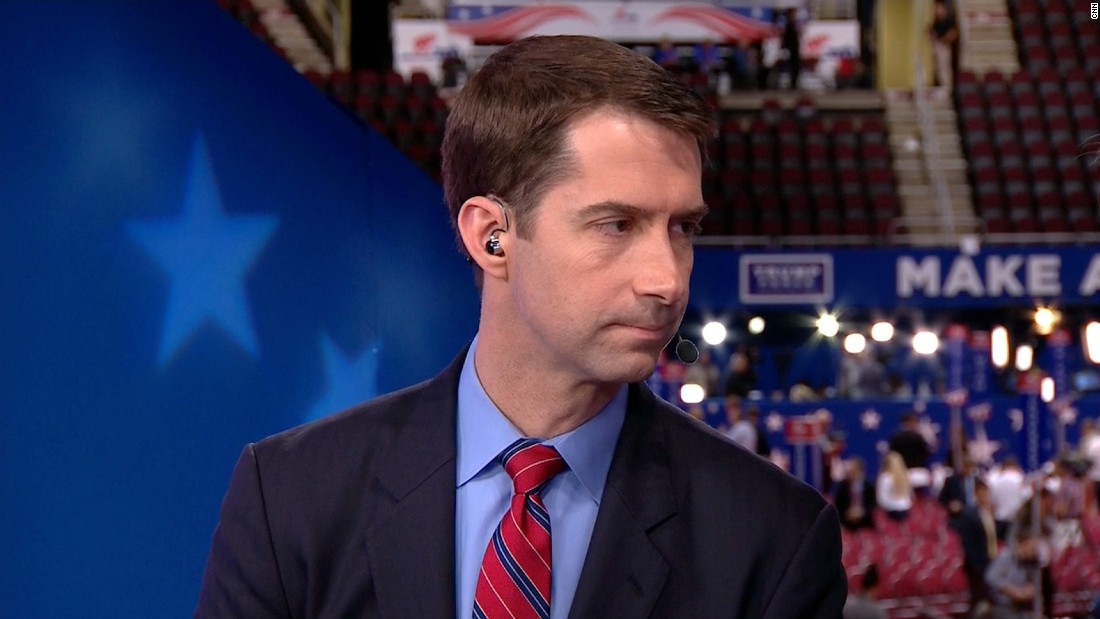 “You either do it or you don’t do it. Fifty people. He puts 50 people,” Trump told CNN.
The number of US troops in Syria under Trump is already nearly doubling as US officials announced last month plans to send an additional 400 US servicemembers to the war-torn country.
But during the campaign, and in years prior, Trump also displayed skepticism if not outright opposition to the US’ military presence in the Middle East. He said the US has spent too much money in foreign wars in countries like Iraq when the government should be focusing its resources on spending to rebuild the US’ infrastructure, for example.
While he initially supported the Iraq War, Trump became a fervent critic of the war and made his opposition to the war a core part of his presidential campaign.

Still, he argued against the Obama administration’s failure to broker a deal with the Iraqi government to keep a US military presence in the country rather than completely withdrawing, arguing that it created a power vacuum that allowed ISIS to thrive. Trump at one point floated increasing US troop levels in Iraq during the campaign, though his position remains unclear on how much he would like to see the US military’s ground footprint increased — if at all. 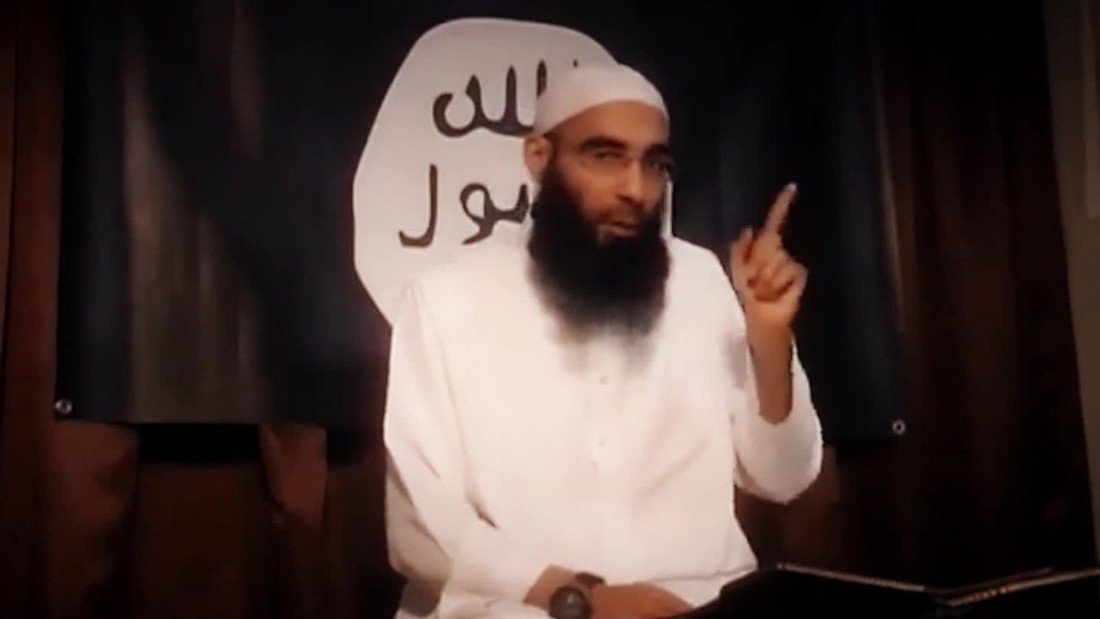 But on Syria, where a messy civil war has pitted Syrian government forces and their allies, moderate US-backed rebel forces and jihadist groups like ISIS against each other, Trump has often focused on the fight against ISIS — insisting defeating the group is paramount over any considerations of removing Assad from power.
Trump argued last May that the US should have “stayed out of Syria” altogether and suggested he wouldn’t seek to deepen the US’s military involvement in the country as president, certainly not to target Assad.
“Right,” Trump said when “Morning Joe” host Joe Scarborough asked Trump to confirm that he “wouldn’t have fought Assad.”
“But I’ll go after ISIS big-league,” Trump said, adding that the US has “bigger problems than Assad.”
Rather than deepening the US military footprint in Syria, Trump often focused his talk of solutions to the war there on brokering an arrangement to jointly target ISIS with Russia, which backs the Syrian government regime and has also targeted US-backed rebels.
Little has materialized on the possibility of any joint US-Russian action as the adversarial relationship between the two countries has persisted despite Trump’s campaign talk of improving relations.
That type of cooperation seems further out of sight as Trump said Wednesday that Syria’s apparent chemical weapons attack changed his view of Assad, explaining it “crossed a lot of lines for me.”