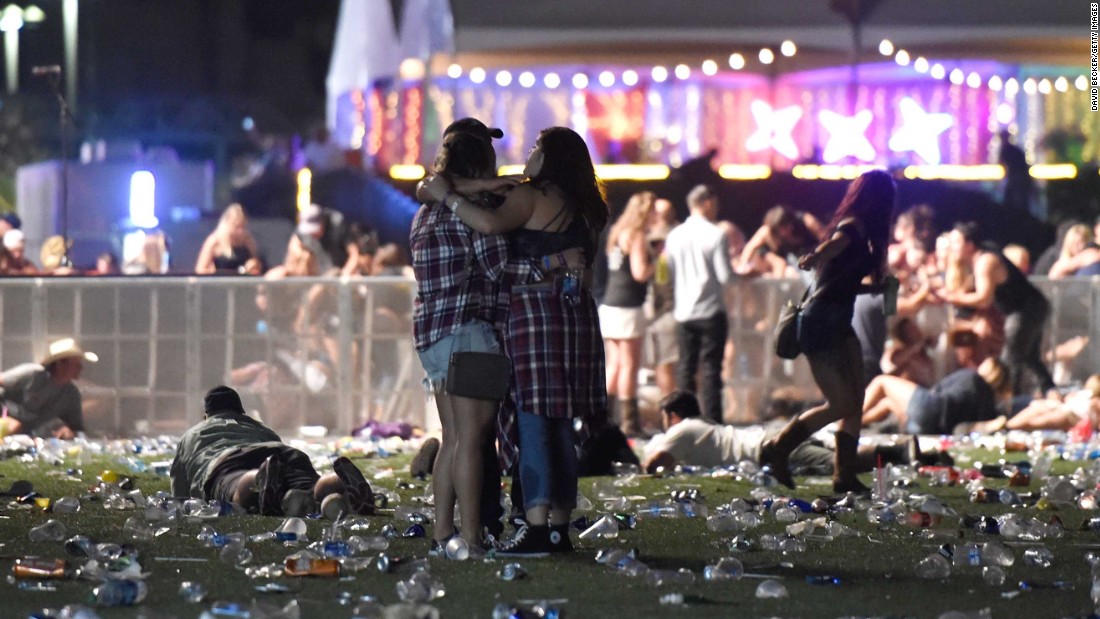 Washington (CNN)President Donald Trump used a solemn address from the White House on Monday to call for unity in the aftermath of the deadliest mass shooting in modern US history, calling the massacre an “act of pure evil.”

The gun attack on a country music festival Sunday in Las Vegas killed at least 50 people and injured more than 400 others.
In a subdued statement, Trump said the nation was united “in sadness, shock and grief.”
Reading from a teleprompter in the Diplomatic Reception Room, Trump mourned the victims and announced he would visit the stricken Nevada city on Wednesday.

• Who was the gunman?

• What we know about the shooting

• IN PHOTOS: The Las Vegas shooting

• It’s the deadliest mass shooting in modern US history

• VIDEO: What happened in Las Vegas

• How to talk to kids about tragic events

• VIDEO: Witness: We tried to help girl shot in head

• US leaders offer outpouring of support

• Gun stocks are up

“We cannot fathom their pain, we cannot imagine their loss,” Trump said of those who lost loved ones in the massacre.
For the second time of his presidency, Trump sought to provide solace after a deadly US shooting. He acknowledged the work of local law enforcement officers and called for unity in the immediate aftermath of the shooting.
Speaking for five minutes, Trump acknowledged there were few answers for Americans still coming to grips with the tragedy.
“In times such as these I know we are searching for some kind of meaning in the chaos, some kind of light in the darkness,” he said. “The answers do not come easy. But we can take solace knowing that even the darkest space can be brightened by a single light, and even the most terrible despair can be illuminated by a single ray of hope.”
The massacre in Nevada is the worst domestic act of violence of Trump’s presidency. He was briefed on the situation Monday morning by his chief of staff, John Kelly, and conveyed his initial condolences on Twitter.
“My warmest condolences and sympathies to the victims and families of the terrible Las Vegas shooting. God bless you!” he wrote early Monday.
White House press secretary Sarah Sanders called the attack a “horrific tragedy” and said in a statement that the White House was “monitoring the situation closely.”
Shortly after Trump spoke, the White House released a proclamation ordering flags be flown at half-staff on federal buildings.
As a candidate, Trump used the Orlando night club shooting — until Monday, the worst mass shooting in American history — as a data point in his push to temporarily ban Muslims from entering the United States. 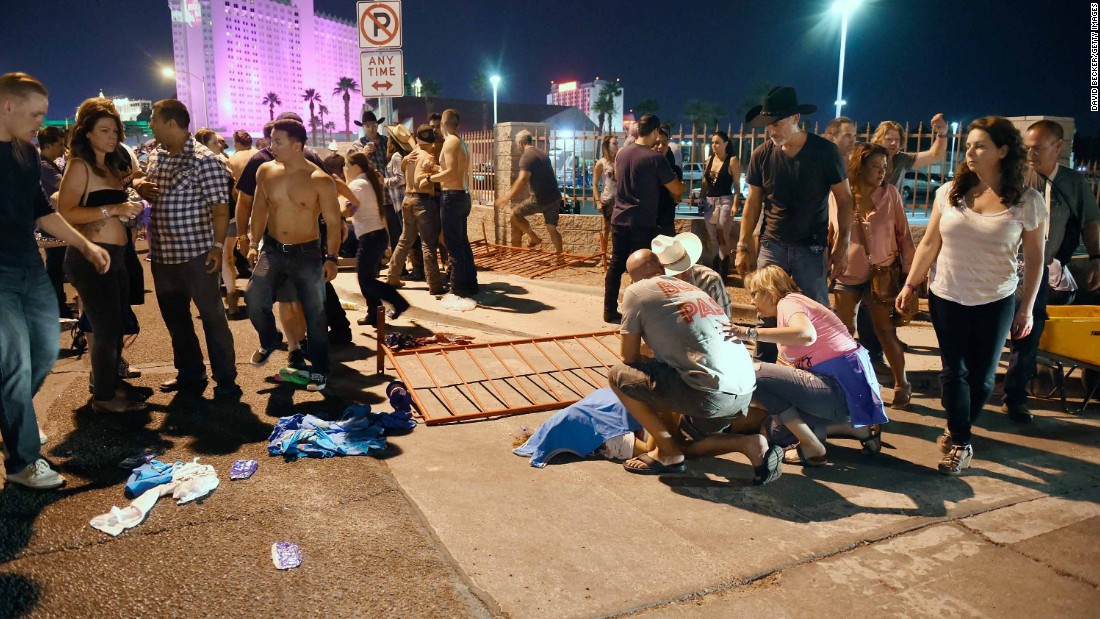 “I said this was going to happen — and it is only going to get worse,” Trump said in a statement then.
Trump was criticized for immediately connecting the incident to radical Islamic terrorism, but later he was defiant when the shooter was identified.
“Appreciate the congrats for being right on radical Islamic terrorism, I don’t want congrats, I want toughness & vigilance. We must be smart!” Trump wrote on Twitter in the aftermath of the Orlando shooting.
Little is known about the perpetrator of the Las Vegas attack. Authorities have identified 64-year-old Stephen Paddock as the gunman.
During the course of his presidency, Trump’s predecessor Barack Obama responded to more than a dozen mass shootings. His responses ranged from angry, to emotional, to — by the end of his term — resigned.
On Monday, Trump was originally scheduled to speak at an event about regulatory reform, but his public remarks were canceled. Later in the day he’s slated to meet with Republican governors and the prime minister of Thailand.
He still plans to travel on Tuesday to Puerto Rico to survey storm damage, the White House said.