No White House statement issued in hours after McCains death, as Trump tweets familiar complaints then boasts about economy 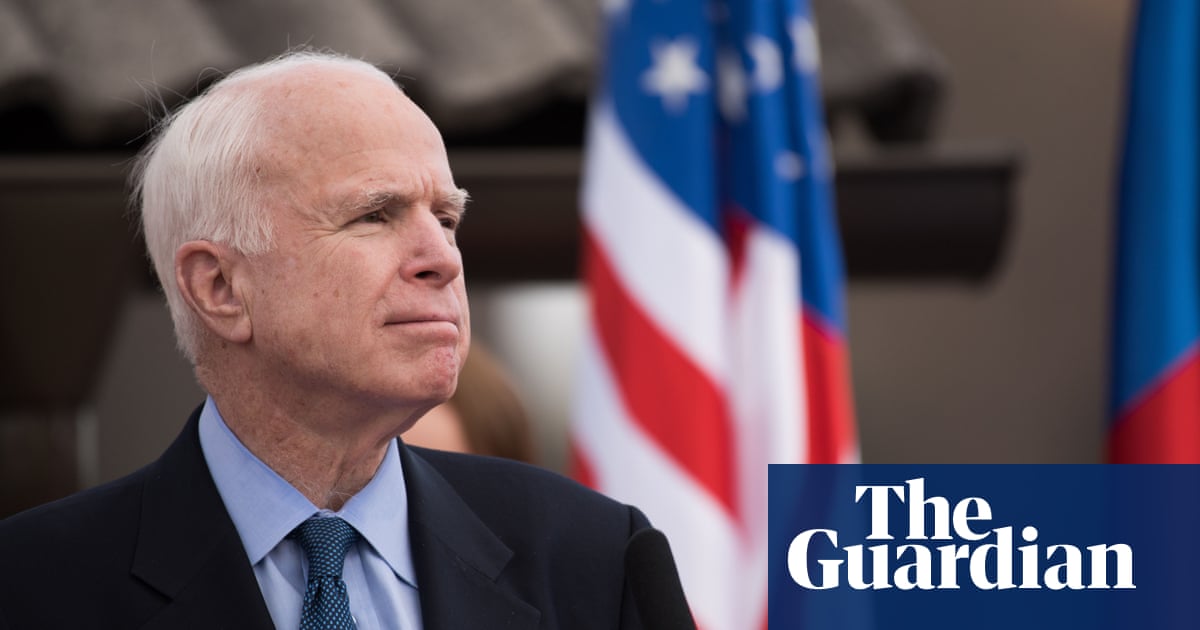 The rift between Donald Trump and John McCain remained painfully evident on Sunday, as tributes for the late senator poured in from world leaders and past presidents.

The White House issued no statement and Trump followed up a brief Twitter condolence to McCain’s family – sent amid the first rush of tributes on Saturday – with complaints about the Russia investigation and boasts about the economy. Then he headed for the golf course.

McCain’s wish that Trump not receive an invitation to his funeral, made public some months ago, remained unchanged upon his death from brain cancer on Saturday, at his home in Arizona and with his family by his side.

Instead, George W Bush, who beat McCain for the Republican nomination in 2000, and Barack Obama, who beat him soundly for the White House in 2008, have been asked to speak at the event, which will take place at the United States Naval Academy in Maryland on a day as yet unannounced.

In a statement on Saturday, Obama saluted McCain’s “fidelity to something higher – the ideals for which generations of Americans and immigrants alike have fought, marched, and sacrificed”.

Bush praised a “man of deep conviction” and a “public servant in the finest traditions of our country”.

In emotional appearances across the Sunday talkshows, Jeff Flake, Arizona’s other senator and a critic of Trump, called for McCain’s legacy of “putting the good of the country above your own self-interest” to be carried forward in a deeply divided Congress, at a time that was “never more important”.

Flake, who will retire from the Senate this year and is widely seen as an outside bet to challenge Trump from within the Republican party in 2020, was circumspect in answer to questions about the president. He also discussed his last conversation with McCain.

“He expressed optimism that leaders would rise to the fore in the future who would put the good of the country above themselves,” Flake told CNN’s State of the Union, “and I think we ought to take that forward.”

“In these days,” Flake said, it was a lesson all could learn.

The American flag was flying at half mast at the White House on Sunday, while plans were made for McCain’s body, which was first taken to the Arizona state capital, Phoenix, to lie in state in the Capitol. There will be a memorial service on Saturday and McCain will be buried at the US Naval Academy in Annapolis on Sunday.

The dispute between McCain and Trump was stark. The senator fought in the Vietnam war as a navy pilot and in 1967 was shot down and badly injured. He spent more than five years as a prisoner of war in Hanoi and was tortured and beaten. He declined an offer of early release, out of solidarity with his fellow PoWs and as a matter of honor.

Trump, who had five deferments from service in Vietnam including one citing “bone spurs” in his foot, mocked McCain during the 2016 election, telling a conference in Iowa: “He’s not a war hero.” Trump added: “He was a war hero because he was captured. I like people that weren’t captured.”

The Washington Post reported on Friday that Trump has told aides he does not regret the comment.

McCain’s most powerful rejoinder was his decisive no vote, with a dramatic thumbs-down signal on the Senate floor, against Republican efforts to repeal the Affordable Care Act, Obama’s flagship legislation that made health insurance affordable for millions of Americans. In public remarks, Trump has repeatedly complained about McCain’s no vote – without mentioning the senator by name.

Vice-President Mike Pence posted a message on Twitter from himself and his wife, Karen, that unlike that from his boss, referred to the man himself.

“Karen and I send our deepest condolences to Cindy and the entire McCain family on the passing of Senator John McCain,” Pence wrote. “We honor his lifetime of service to this nation in our military and in public life. His family and friends will be in our prayers. God bless John McCain.”

McCain strongly opposed Trump’s isolationist world stance that saw the president rail against individual allies and key alliances such as Nato and the G7.

On Sunday the Republican senator Susan Collins, of Maine, also known as a moderate and independent conservative who voted no in the healthcare debate, told CNN: “John McCain was a true patriot.”