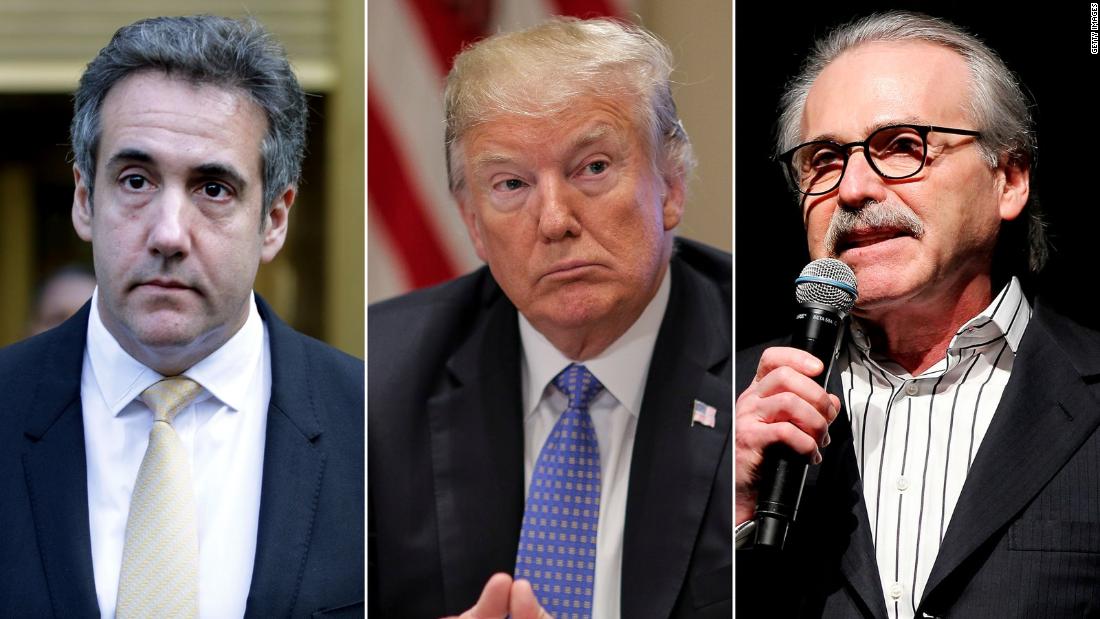 (CNN)President Donald Trump’s fortress of loyalty is beginning to crumble.

Trump woke up Friday fulminating about what he sees as the betrayal of Jeff Sessions in an extraordinary tweetstorm complaining about the Mueller probe and the attorney general’s failure to open investigations into Hillary Clinton and Democrats.
“So unfair Jeff, Double standard,” the President tweeted.
The most glaring recent defections came in under-oath accusations in a plea hearing by his former lawyer Michael Cohen that Trump had directed him to make hush payments to female accusers in a bid to avoid damage in the 2016 election. There was also a stunning report Thursday that David Pecker, the CEO of the company that publishes the National Enquirer — which was once all but a propaganda organ for Trump — has been granted immunity in the case.
“I know all about flipping, 30, 40 years I have been watching flippers,” Trump told “Fox & Friends” in an interview that aired Thursday, before the Pecker news broke, as he reflected on the Cohen episode, which leaves him dangerously exposed. “Everything is wonderful, and then they get 10 years in jail and they flip on whoever the next highest one is or as high as you can go.”
Recent events make clear that some who served Trump no longer fear his contempt, or are putting themselves first when forced to choose between their fidelity to him and their own political and constitutional duties or legal exposure.
That is a worrying proposition for a President who was implicated in a crime this week, who is embroiled in potentially the most serious criminal investigation of a commander in chief in decades and — if a 1 a.m. tweet from the White House on Thursday lambasting the “Witch Hunt” is any guide — is increasingly consumed by his own fate.
Trump has been underestimated many times in ways that have fueled his political rise and stunningly unorthodox presidency, so it’s possible he can ride out this rough patch.
But any sense that he’s no longer quite the omnipotent operator he was will embolden his enemies and, if the midterm elections go badly, may eventually weigh on the calculations of his GOP protectors in Washington, a town with a feral instinct for weakness.
The cycle of betrayals must be especially galling for a President who craves loyalty and genuflection — but it’s perhaps inevitable given he has often failed to show loyalty to those around him. His fraying protective shield is likely to bind him ever more closely to longtime aides who have yet to blink — often at considerable cost to their own reputations — as well as to his blood relatives and adoring political base.
Every President comes to learn the loneliness of ultimate power. But the burden is more acute if he is always wondering who will betray him next.

Trump, a tycoon with a tabloid past, has always had a huge circle of acquaintances but a tight inner circle in which family and trust are paramount.
But it became clear as he transitioned to politics that his need for loyalty — exemplified by accounts of encounters with the President by fired FBI Director James Comey — raged within him, and often flowed one way.
His administration has featured awkward televised sessions in which he has required Republican lawmakers or Cabinet secretaries to pledge allegiance.
Subordinates who absorbed bitter criticism to work for him — like former chief of staff Reince Priebus or ex-press secretary Sean Spicer — found loyalty in short supply from the President when he tired of them.
No Trump cabinet member has been more poorly treated than Sessions, the first senator to back his campaign.
Trump is disgusted that Sessions disqualified himself from oversight of the Russia investigation, seeing it as a betrayal from someone he believes should be loyal to him rather the traditions of the Justice Department and his constitutional duties.
“He took the job and then he said, ‘I’m going to recuse myself’ — I said what kind of a man is this? By the way, he was on the campaign. The only reason I gave him the job, I felt loyalty,” Trump told Fox.
Once, Sessions might have kept quiet. But on Thursday he hit back, showing where his loyalties now rest.
“While I am Attorney General, the actions of the Department of Justice will not be improperly influenced by political considerations,” Sessions said, in a clear swipe at a President who has repeatedly assaulted the integrity and the independence of the Justice Department.
“I demand the highest standards, and where they are not met, I take action. However, no nation has a more talented, more dedicated group of law enforcement investigators and prosecutors than the United States,” Sessions said.
Trump and Sessions have been on the rocks for months. But the President’s relationships with two other former acolytes, Cohen and Omarosa Manigault Newman — the former “Apprentice” contestant and White House aide — flamed out more suddenly.
Cohen felt spurned by Trump after an FBI raid earlier this year that led to him pleading guilty to bank and tax fraud and campaign violations on Tuesday.
And in a spectacular display of turning loyalties to royalties, Manigault Newman, who said she became more and more disillusioned with Trump over race issues, published a tell-all book, “Unhinged,” and is spilling tapes and videos of her time in the administration.
The President’s son Eric made no secret of his contempt for her behavior when he tweeted on Aug. 16: “I truly hate disloyal people.” The President lashed out at his former “Apprentice” colleague, calling her a “dog” on Twitter.

While scorning Cohen, Trump is also minimizing his relationship with him, which — given the possibility that his former lawyer could cooperate with Mueller — is now a glaring vulnerability.
“He worked for me, you could say more or less part time,” Trump told Fox.
That characterization of their relationship is misleading, said David Cay Johnston, author of “It’s Even Worse Than You Think,” a book about the Trump administration’s impact on America.
“For 10 years, this was the guy who handled the most sensitive things Donald had to hide. That’s why he is the lawyer on the (Karen) McDougal and the Stormy Daniels hush money payments,” Johnston told CNN’s Ana Cabrera.
“Donald knew he could trust him to do his dirty work and to conceal what he really is like from the public.” 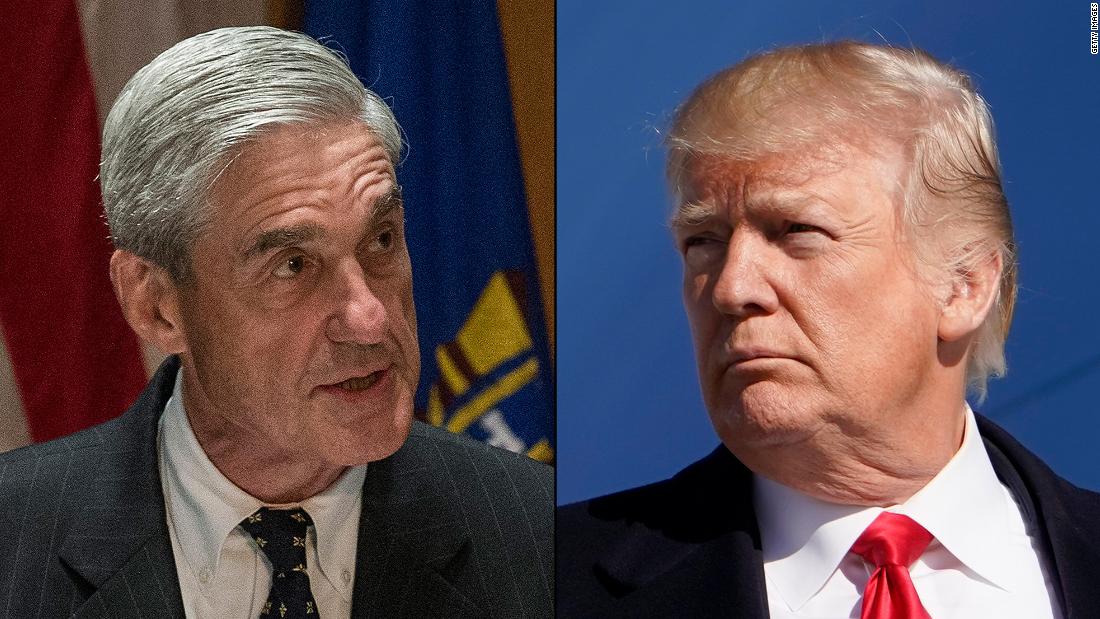 Trump may also be pondering the loyalties of another insider, Allen Weisselberg, the Trump Organization’s chief financial officer for decades, who has been subpoenaed to testify in the Cohen case. He might have questions about Donald McGahn, whose 30 hours of testimony in the Mueller probe underlined the fact that he serves as the attorney for the office of the presidency, and not the President in a personal capacity.
Trump must also be wondering what former national security adviser Michael Flynn and his former deputy campaign manager Rick Gates have said since reaching plea deals with Mueller.

But the President is not completely alone. He has a wide circle of informal acquaintances and spends hours on the phone discussing his political and legal situations.
His daughter Ivanka, son-in-law, Jared, and son Donald Jr. have been staunchly loyal to him. Current and former aides like Corey Lewandowski and Kellyanne Conway often wade into the fire to defend the President on television. Press secretary Sarah Sanders absorbs fearsome flak from the media despite often seeming blindsided by the President’s actions and statements. His lawyer Rudy Giuliani has put his own legacy on the line to be by Trump’s side.
There’s intrigue over first lady Melania Trump, however, who has shown no sign of disloyalty in public but in recent weeks has often seemed to be subtly trolling her husband, with her clothing during a trip to assess the family separations crisis on the southern border and by warning about online bullying this week.
There is also one huge huge exception to the rule of flipping former aides in legal peril: Paul Manafort. So far, despite facing the full force of Mueller’s probe, he has refused to take a plea deal. And Trump is trying to keep it that way, repeatedly dangling the possibility of a pardon before his former campaign chairman, who was convicted of bank and tax fraud this week.
“Unlike Michael Cohen, he refused to break’ – make up stories in order to get a ‘deal.’ Such respect for a brave man!” Trump tweeted on Wednesday.