The gay and lesbian movement hasnt always prioritized the most vulnerable. Now, with immigrants and trans people under attack, its vital to do so 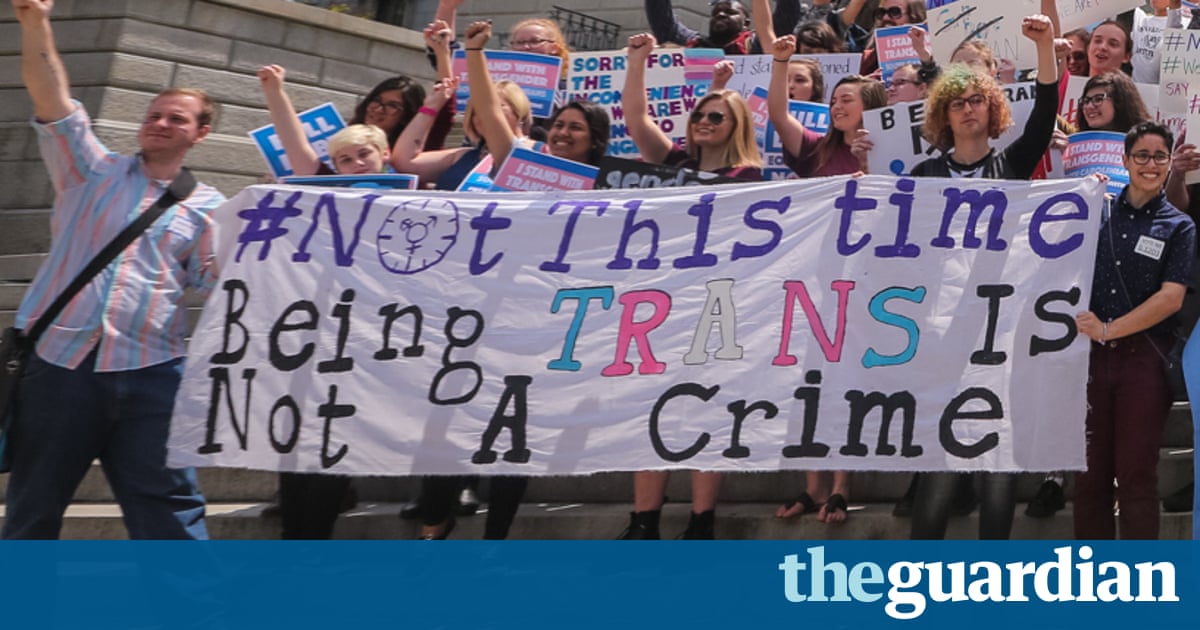 The Trump administration is bullying children now. In a vindictive move, the departments of justice and education just shredded federal guidelines that instructed public schools how best to protect transgender students from discrimination. Specifically, the guidance they revoked made it clear that Title IX the landmark law prohibiting sex discrimination in educational institutions requires schools to allow transgender students to use the bathroom that matches their gender identity.

The attack highlights the importance of an expected supreme court decision on the issue, but it should also serve as a wake-up call to the mainstream LGBTQ rights movement, which for decades has failed to listen to and address the issues facing the most marginalized members of the queer community.

From Ice raids to Standing Rock, this administration has made it clear that it intends to target the most vulnerable while twisting words and facts to claim that its policies are not based in bigotry. Its no coincidence that Donald Trump invited Caitlyn Jenner unquestionably one of the wealthiest and most powerful LGBTQ people on earth to his inauguration, and then turned around and lashed out at transgender kids during his first weeks in office.

The administrations decision to rescind the guidelines amounts to a tacit endorsement of discrimination, and will inevitably lead to more institutional exclusion, ostracizing, and suffering for transgender youth, who are already at far greater risk of suicide and hate-related violence. Within the historical context of the struggle for basic civil rights, Sean Spicers justification of the move as an issue of states rights only makes it more chilling.

But the groundwork for this cruelty was laid long before Trump was even a candidate. To me as a young queer person, it often seemed as though the organizations that were supposed to advocate for me were primarily interested in getting me married and into the military as quickly as possible. Mainstream gay and lesbian rights organizations, though they were slowly adding a B, T, and Q to their mission statements, spent millions of dollars lobbying for marriage equality and repealing Dont Ask Dont Tell, while largely ignoring the struggles of anyone who was not one of the white, gay, cisgender men that made up their donor base.

With assimilation, rather than liberation, as their driving principle, these organizations systematically excluded the voices of transgender youth, people of color, working class gays, queers in prison, and sex workers, while advancing an agenda that did little to confront the extreme forms of discrimination and violence that the most oppressed members of our community continue to face today.

Its hard to imagine how different the LGBTQ world would be if those resources had instead been dedicated to tackling rampant homelessness, job and housing discrimination, police harassment, incarceration, domestic violence, lack of healthcare, and other life or death matters affecting queer and trans people.

Over the last two years, several of the largest LGBTQ advocacy organizations have made a concerted effort to address their previous failure to fight for the trans community, and have been actively working to beat back legislative and other attacks on gender-nonconforming people. This is encouraging progress.

But with the Trump administration gearing up for an all-out assault on immigrants, transgender youth, and others who have been traditionally pushed to the sidelines of the movement, its more critical than ever that we take a long hard look in the mirror, commit ourselves to centering the experiences of those who face the greatest threat, and prepare to defend them at any cost.

As a gender-fluid trans person who occasionally needs to use the bathroom, this issue is personal for me. As the parent of a kindergartener attending public school, its visceral. Donald Trump is bullying transgender kids because he thinks he can get away with it. Its up to all of us to prove him wrong.