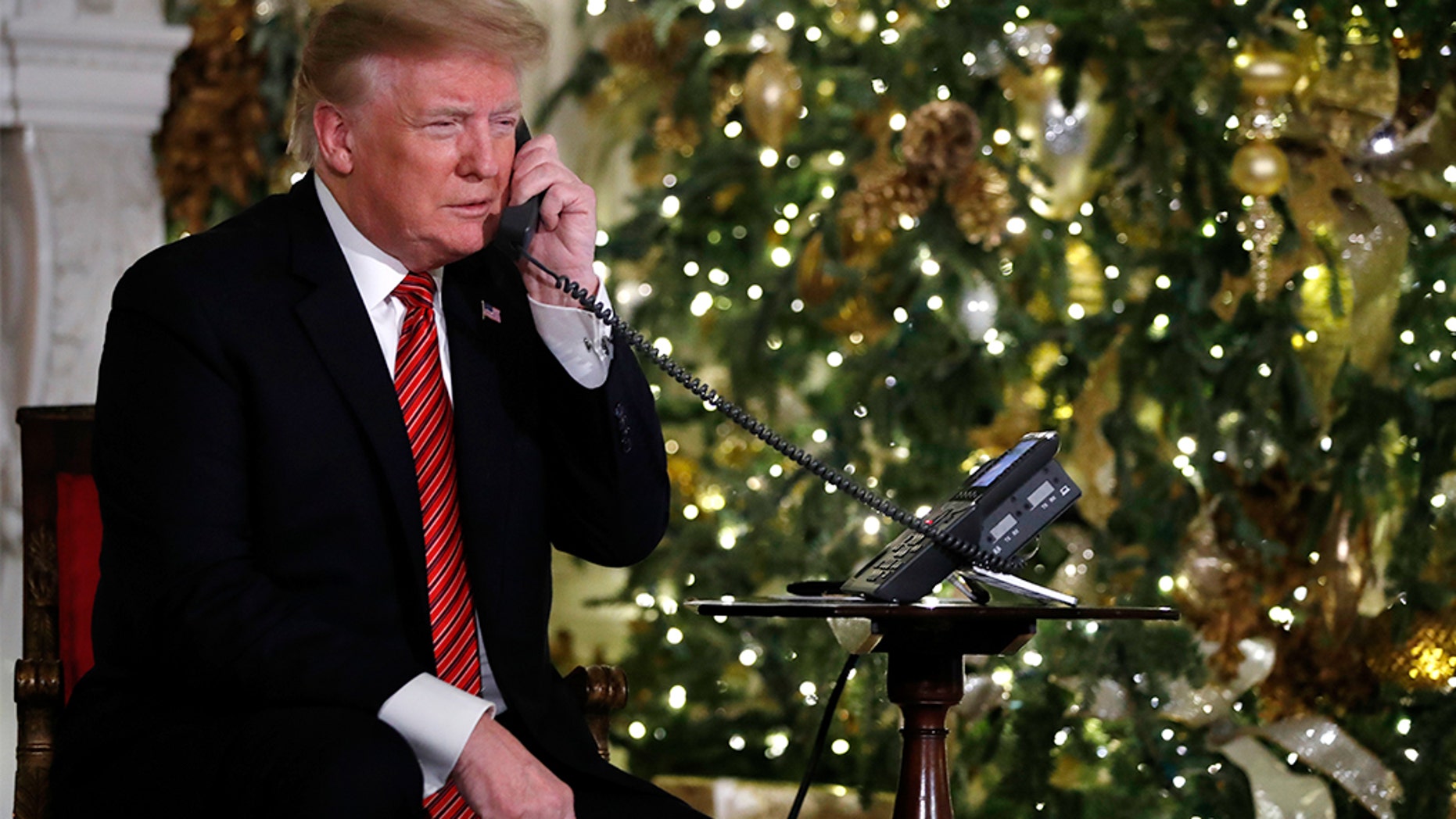 President Trump and First Lady Melania Trump made a series of Christmas Eve phone calls on Monday, punctuated by an exchange in which the president apparently questioned a child’s belief in Santa Claus.

“Are you still a believer in Santa?” the president could be heard asking the child over the phone. “Because at 7, it’s marginal, right?” Trump then chuckled before concluding the call with the child. “You just go enjoy yourself,” he said into the receiver.

The calls were made in conjunction with the North American Aerospace Defense Command (NORAD) and the organization’s “Santa tracker.”

“Helping children across the country track #Santa is becoming one of my favorite traditions! @Potus and I enjoyed working with @NORADSanta,” the first lady tweeted following the calls.

Both the president and first lady are celebrating Christmas in the White House after Trump said he would be staying in D.C. following the partial government shutdown that went into effect Saturday morning.

“I will not be going to Florida because of the Shutdown – Staying in the White House,” the president tweeted alongside a MAGA hashtag.