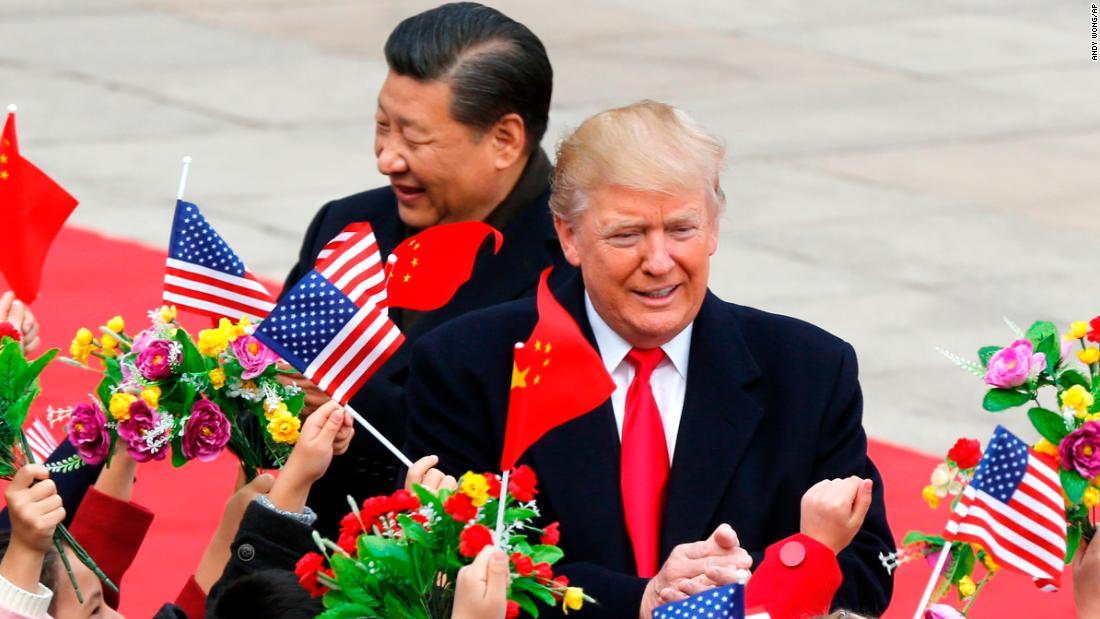 Beijing (CNN)President Donald Trump lavished praise on China for the very trade practices he once lambasted as unfair during a remarkable morning session in Beijing.

Emerging after two hours of talks with Chinese President Xi Jinping, Trump said he doesn’t fault China for taking advantage of differences between the way the two countries do business.
“I don’t blame China,” Trump said during remarks to business leaders inside the Great Hall of the People. “After all, who can blame a country for being able to take advantage of another country for benefit of their citizens? I give China great credit.”
Instead of pointing the finger at Beijing for exacerbating trade disputes, Trump blamed past US administrations “for allowing this trade deficit to take place and to grow.” 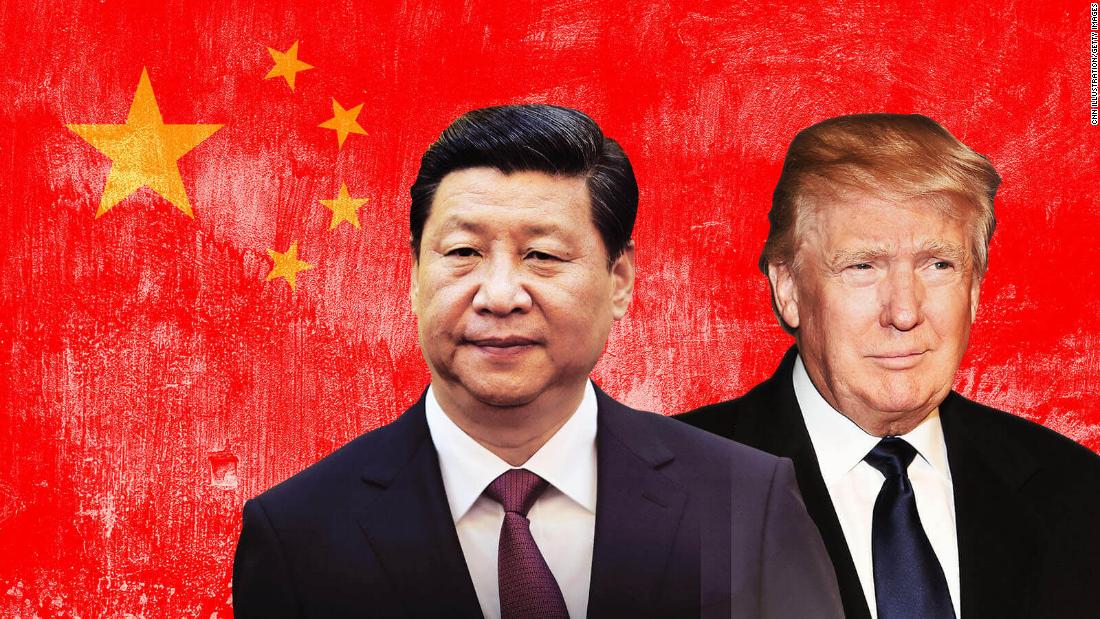 It was a notable shift in tone from a President who was elected to office partly for his tough talk on holding other countries accountable for practices that disadvantage US workers. Even as he made the remarks, Trump sought to bolster his image as a hard-nosed negotiator, announcing $250 billion in agreements between US companies and China.
Precise details of the agreements weren’t immediately available, however, and many are said to have been in the works long before Trump was elected. The figures aren’t expected to make a dent in the US trade deficit with China.

The President’s praise of China for its trading practices came amid a morning of intense diplomacy on the second day of his visit to Beijing. He and Xi huddled for hours inside the Great Hall, situated on the western edge of Tiananmen Square.
In statements to reporters after their talks, Trump and Xi offered placatory views of US-China ties, and insisted that differences between the two countries would be cast aside in place of a cooperative partnership.
“We want a vibrant trade relationship with China,” Trump said. “We also want a fair and reciprocal one. Today, I discussed with President Xi the chronic imbalance in our relationship as it pertains to trade and the concrete steps it will take to solve the problem of massive trade distortion.”
Xi, meanwhile, offered a conciliatory view of the US-China ties on Thursday, insisting that differences between his country and Trump’s could be resolved — or, if not, be put on the back burner.
“As two distinctive countries our two sides may have different views or differences on some issues. This is natural,” Xi said. “They key is to properly handle and manage them.”
Supporting a “constructive approach,” Xi encouraged the two nations to “put aside and diffuse differences while at the same time building common ground.”
“The Pacific Ocean is big enough to accommodate both China and the United States,” Xi said, which drew a smile from Trump.
The two men sought to put forward a united front on North Korea, which has been a persistent area of focus for Trump during his 13-day tour through Asia.
“The entire civilized world must unite to confront the North Korea menace,” Trump said.
The two leaders did not formally announce any changes to policy on North Korea, but Trump appeared to call on China to do more, remarking that all “responsible nations” should stop financing with the “murderous North Korean regime.”
Xi insisted the two countries want to see “enduring stability” in the Korea Peninsula and added that China intends to “fully implement UN Security Council resolutions.”
Trump has long touted China’s agreement to supporting those resolutions as evidence of his ability to extract greater cooperation from China on North Korea. But firm evidence on China’s adherence to its commitments remains scant. 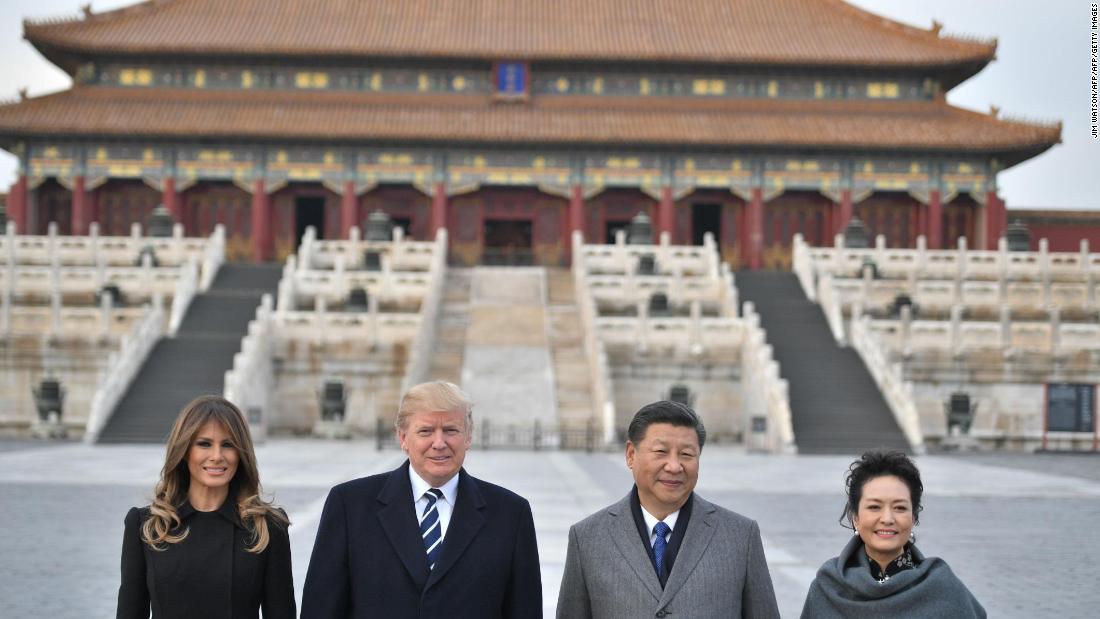 Trump and Xi faced reporters here together for the first time on Thursday, but the two leaders leaders — the first, a vocal critic of the press and the other an enforcer of strict media censorship — did not take questions from reporters.
Trump is the first US President to not take questions alongside his Chinese counterpart during a first visit to the country since President George H.W. Bush.
Then-Presidents Bill Clinton in 1998, George W. Bush in 2002 and Barack Obama in 2009 each convinced his Chinese counterpart to take questions from reporters during his first state visit to China.
Asked why Trump did not take questions from reporters as his predecessors have done in the past, White House press secretary Sarah Sanders said: “It was at the Chinese insistence there were no questions today.”
Trump arrived Thursday for his first full day with an oversized state welcome at the Great Hall of the People, the cavernous government structure in the center of China’s capital city.
He and the first lady emerged from their limousine to an elaborate show of flattery, with horn players heralding Trump’s arrival for a day of extended talks with his Chinese counterpart.
Trump and Xi surveyed Chinese military bands from a canopied platform and greeted cheering schoolchildren, who waved colored pom-poms as the President strode past.
It was the second major show of welcome for Trump, who arrived in Beijing on Wednesday and was shuttled to the Forbidden City for a rare personal tour by Xi.
The outsized welcome is becoming de rigueur for foreign leaders eager to appeal to Trump’s own sense of importance. But underpinning Xi’s displays are a flex of Chinese power as he positions his country as an economic rival to the United States.