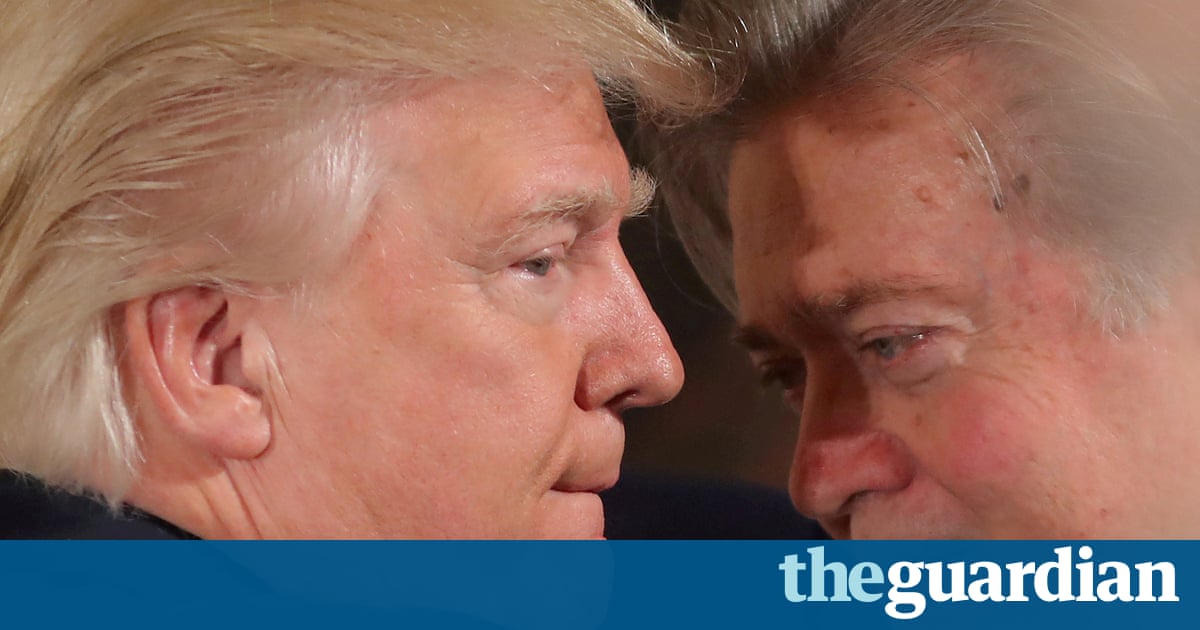 Donald Trump lashed out at his former chief strategist Steve Bannon on Wednesday, accusing him of having “lost his mind” after the one-time aide made explosive accusations against the president and his family in a new book.

“Steve Bannon has nothing to do with me or my presidency,” Trump said in a statement released by the White House.

“When he was fired, he not only lost his job, he lost his mind. Steve was a staffer who worked for me after I had already won the nomination by defeating 17 candidates, often described as the most talented field ever assembled in the Republican party.”

Critics pointed, however, to a tweet issued on 17 August 2017, in which Trump wrote: “I want to thank Steve Bannon for his service. He came to the campaign during my run against Crooked Hillary Clinton – it was great! Thanks S.”

Bannon was chief executive officer of the Trump campaign in its final three months and then White House chief strategist for seven months before returning to the rightwing Breitbart News.

According to Fire and Fury: Inside the Trump White House, Bannon told author Michael Wolff the Trump Tower meeting between the president’s son and a group of Russians during the 2016 election campaign was “treasonous” and “unpatriotic”. He also reportedly made a range of claims about the likely targets and results of the investigation into Russian election meddling by the special counsel Robert Mueller.

In the book, which was obtained by the Guardian ahead of publication from a bookseller in New England, Wolff paints a picture of a White House in chaos, locked in internecine warfare with even some of Trump’s closest allies expressing contempt for him.

In his statement, which was issued after New York magazine published its own extensive excerpt of the Wolff book, the president said: “Steve pretends to be at war with the media, which he calls the opposition party, yet he spent his time at the White House leaking false information to the media to make himself seem far more important than he was. It is the only thing he does well.

“Steve was rarely in a one-on-one meeting with me and only pretends to have had influence to fool a few people with no access and no clue, whom he helped write phony books.”

Wolff, a former Guardian columnist, told the Guardian in November that he had no agenda in writing the book but wanted to “find out what the insiders were really thinking and feeling”. He enjoyed extraordinary access to Trump and senior officials and advisers, he said, sometimes at critical moments.

On Wednesday, one subject of conversations reported in Wolff’s book, billionaire Trump ally Tom Barrack, told the New York Times he had not made a reported abusive remark about the president.