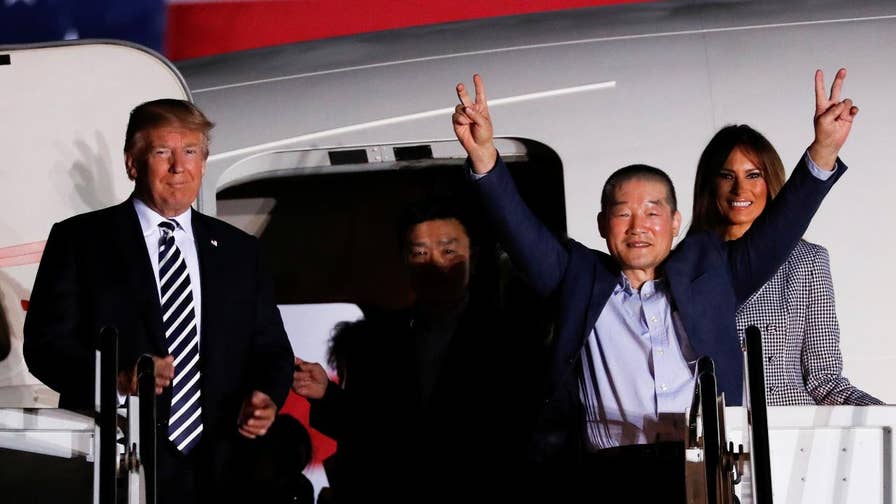 When three Americans newly freed from detention in North Korea arrived at Andrews Air Force Base in Maryland early Thursday, President Donald Trump was there to greet them.

The White House said earlier they would be evaluated and receive medical treatment at the Washington-area facility. Their families were not on hand for the ceremony. 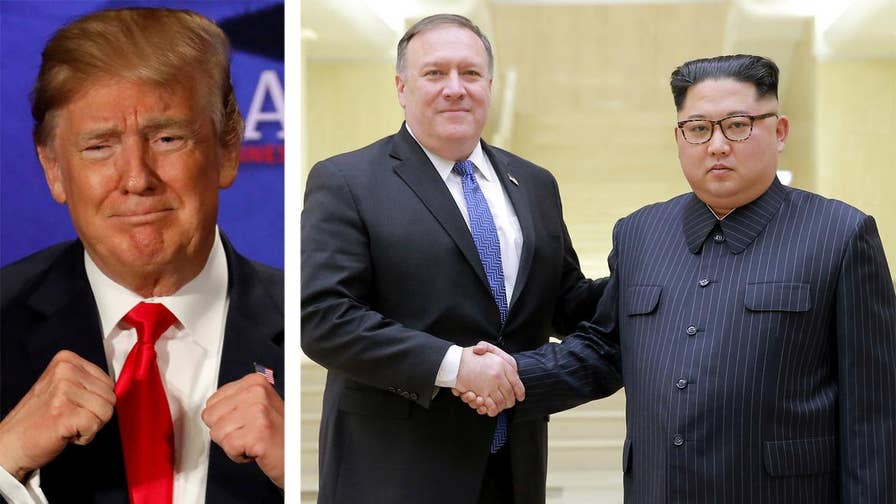 When the plane arrived from Alaska, where it stopped Wednesday after leaving North Korea, Trump and the first lady climbed aboard to greet the men and stayed there for several minutes.

After the president emerged with the three Americans, he addressed the media, saying, “I really think he [Kim Jong Un] wants to do something.”

“This is a special night for these three really great people,” Trump told reporters as he stood on the tarmac. On the U.S. relationship with North Korea, Trump said, “We’re starting off on a new footing.”

North Korea had accused the detainees of anti-state activities. Their arrests were widely seen as politically motivated and compounded the dire state of U.S.-North Korea relations over the isolated nation’s nuclear weapons.

The three had been held for periods ranging between one and two years. They were the latest in a series of Americans who have been detained in North Korea in recent years for seemingly minor offenses.

“We would like to express our deep appreciation to the United States government, President Trump, Secretary Pompeo, and the people of the United States for bringing us home,” the three said in an earlier statement released by the State Department.

The three Americans and Pompeo flew on separate government planes because they received checkups during the flight from Japan and the larger plane was better equipped to accommodate the medical equipment.

A U.S. official told Reuters that Singapore appears to be the likely meeting location for the upcoming summit between Trump and Kim.