Course at Doonbeg in County Clare receives permission for two sea barriers, despite objections from residents and environmental groups 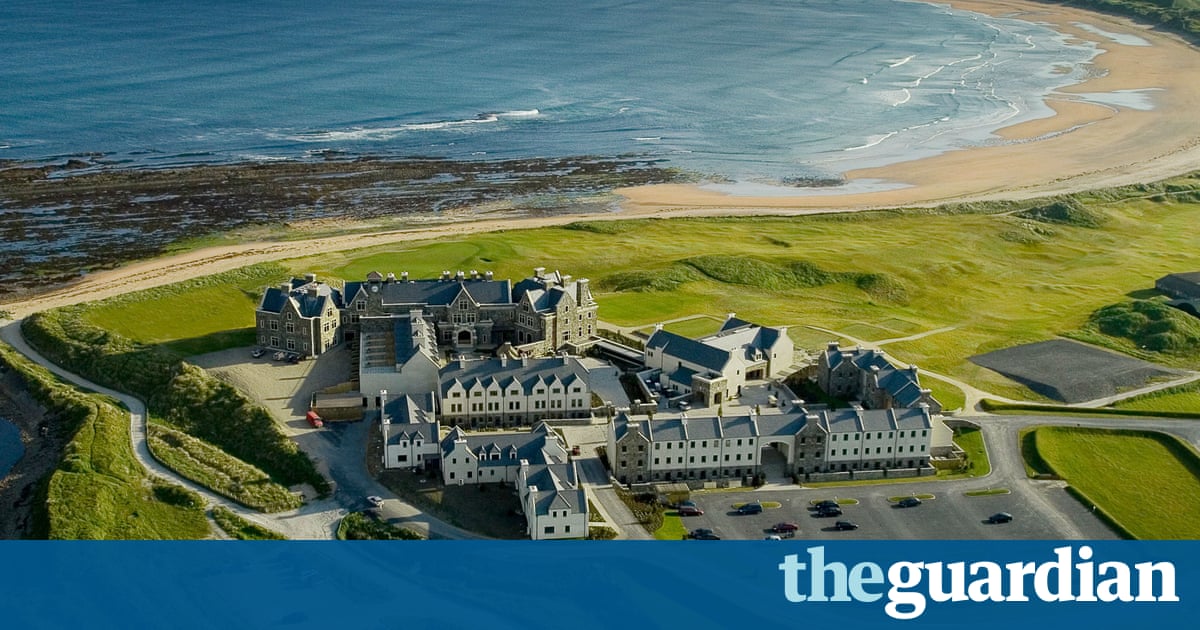 Ireland has given the green light for a company owned by Donald Trump to build a scaled-down sea wall at its golf course in the west of Ireland that environmental groups say could damage protected wildlife habitats.

The Trump International Golf Links Doonbeg, owned by the Trump Organization, received permission for two sea barriers of 630m and 260m in length, Clare County said, a year after it rejected plans for a much larger 28km wall.

Residents and environmental groups objected, saying the wall could alter the coastline at other points and harm wildlife.

“It’s disappointing. We should be altering the golf course, not the coastline,” said Green party leader Eamon Ryan. He said he would be surprised if the decision is not appealed.

Trump has spent $330m buying golf courses and land to develop since he began investing in golf in 1997.

The environmental group Save The Waves collected 100,000 signatures opposed to the initial development plan.

“You can’t ignore [the fact that] the owner in this case is so notorious but the concerns were there long before he bought the course,” Ryan said.

The general manager of the golf club said he was pleased with the decision and thanked the council for its “foresight”. General manager Joe Russell said in a statement: “This decision demonstrates the council’s commitment to support local business and protect the economic future of the region.”