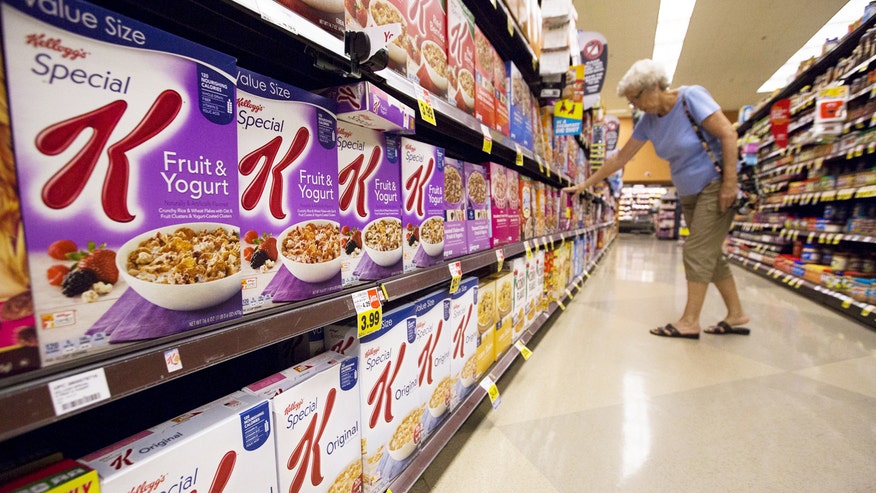 Kelloggs, the corporate giant that has been delivering sugar-coated grain concoctions to breakfast eaters for decades, has succeeded in raisin the hackles not the bran of some American conservatives who now are calling for a boycott of all its products.

The maker of Frosted Flakes, Frosted Mini-Wheats, Froot Loops and scores of other cereals recently placed itself in the political cross hairs when, after receiving complaints from customers, it announced Monday it would be pulling all its advertising from the conservative website Breitbart.com.

Other advertisers who have abandoned the website include Allstate, Nest, EarthLink, Warby Parker and SoFi.

“We regularly work with our media buying partners to ensure our ads do not appear on sites that aren’t aligned with our values as a company,” company spokeswoman Kris Charles said. “This involves reviewing websites where ads could potentially be placed using filtering technology to assess site content. As you can imagine, there is a very large volume of websites, so occasionally something is inadvertently missed.”

Breitbart did not roll over and play dead. As reported by Eater.com, the website responded by encouraging readers to #DumpKelloggs:

Kellogg Co. announced on Tuesday its decision to pull ads from conservative media giant Breitbart.com because its 45,000,000 monthly conservative readers are not aligned with our values as a company. In response, Breitbart News, one of the worlds top news publishers, has launched a #DumpKelloggs petition and called for a boycott of the ubiquitous food manufacturer.

The decision by Kelloggs, which makes Pringles, Eggo waffles, as well as Special K and Frosted Flakes cereals, among others, will make virtually no revenue impact on Breitbart.com. It does, however, represent an escalation in the war by leftist companies like Target and Allstate against conservative customers whose values propelled Donald Trump into the White House.

Online, supporters of the President-elect and Breitbart vowed to boycott the food purveyor using hashtags like #DumpKelloggs:

Kelloggs is openly discriminating against millions of conservatives because we “don’t align with their values”.

Breitbart started a petition encouraging people to shelve the brand which has garnered over 130,000 signers as of Wednesday afternoon.

WHAT IS A TRUMP CUP?

Kellogg’s joins a growing list of brands to draw ire from Trump supporters. In November, two viral videos showing separate altercations between Starbucks employees and customers renewed an anti-Starbucks, pro-Donald Trump movement known as the #TrumpCup where people tell baristas to write the President-elect’s name in the customer space.