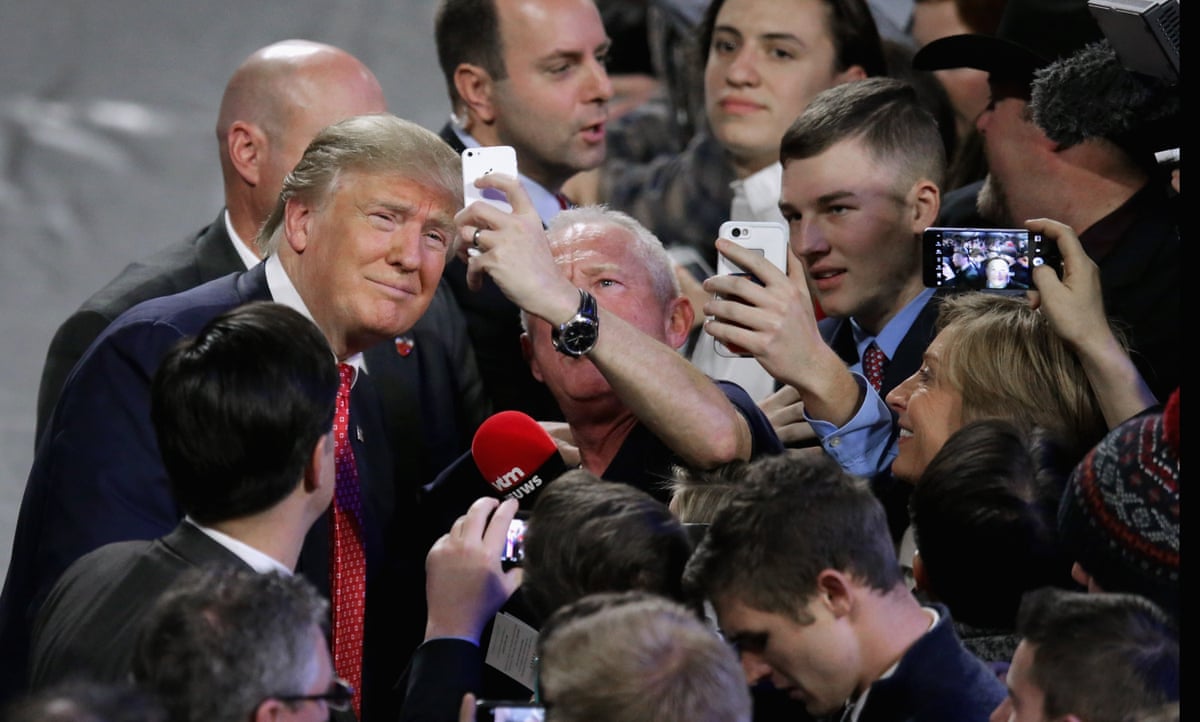 I am a Protestant and I am very proud of it, Donald Trump told Liberty University, the largest evangelical institution of higher education in the United States, on Monday, as he attempted to appeal to this key demographic in the Republican primary.

The GOP frontrunner also told the crowd that if he is elected, every store will have to say Merry Christmas. But a biblical reference fell flat when he introduced a passage from 2 Corinthians as Two Corinthians rather than Second Corinthians.

Other than this, Trump did not seem to tailor his address to the crowd of clean-cut Christian students. Instead, the real estate mogul talked about his poll numbers and discussed his desire to build a wall on the Mexican border, which he claims that Mexico will pay for.

Appearing on Martin Luther King Jr Day, Trump said the crowd that he drew was a tribute to the civil rights hero. He claimed that he had attracted a record crowd to an event that college students were mandated to attend and said We are dedicating the record to the late great Martin Luther King. Trump made no other mention of King.

The speech at Liberty which has also been visited by his main Republican rival Ted Cruz and by leftwing Democratic candidate Bernie Sanders – was part of Trumps attempts to appeal to evangelicals, who have become an important part of the coalition supporting Texas senator Cruz, who announced his candidacy at Liberty in March, 2015.

Its unclear whether Trumps efforts to woo evangelical voters will be successful. While he was speaking, prominent evangelical leader Russell Moore harshly criticized him on Twitter. Moore wrote: