Policy bans aid going to foreign groups that support abortion rights as secretary of state Mike Pompeo says: This is decent. This is right 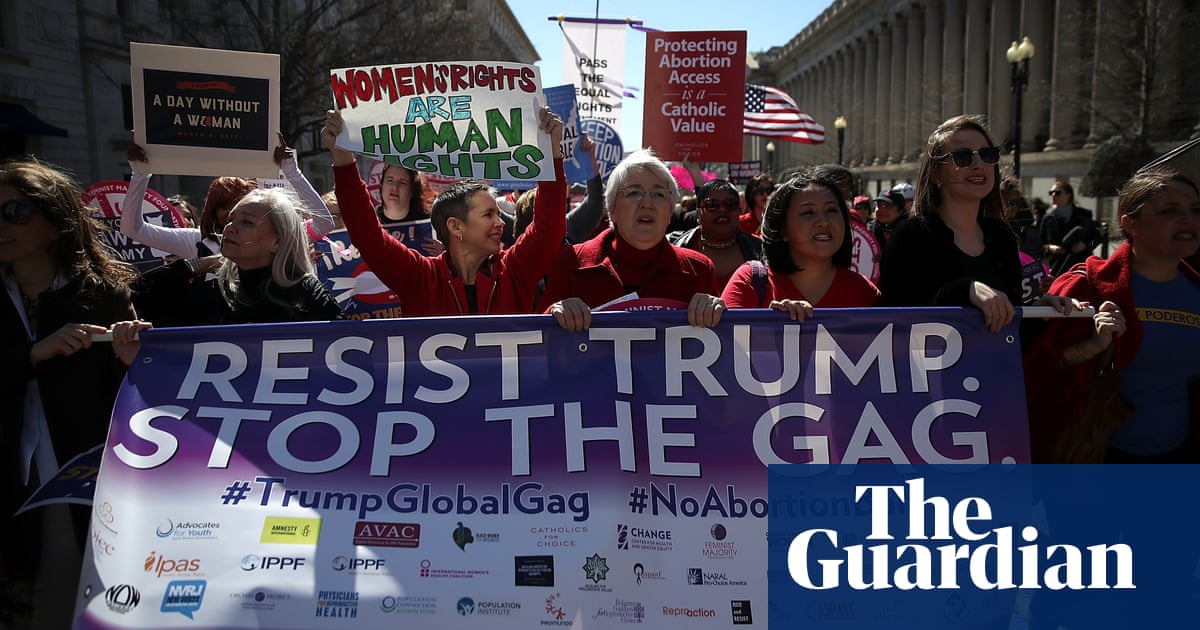 The Trump administration has expanded its ban on funding for groups that conduct abortions or advocate abortion rights, known as the global gag rule, and has also cut funding to the Organisation of American States for that reason.

The new policy was announced on Tuesday by the secretary of state, Mike Pompeo, who declared: “This is decent. This is right. I am proud to serve in an administration that protects the least among us.”

The Trump administration has already expanded the reach of the funding ban which dates back to the Reagan administration, to apply to all US healthcare assistance, totalling about $6bn.

The extension of the policy announced by Pompeo would not only cut funding to foreign non-governmental organisations directly involved in abortions or abortion rights advocacy, but also those who fund or support other groups which provide or discuss abortion.

Critics of the policy, also known as the Mexico City rule, say it has led to deep cuts in funding for family planning, women’s and reproductive health programmes. Studies have shown that it has increased the number of abortions where the policy has been strictly enforced, by decreasing access to contraceptives and other family planning support. And by forcing women to seek backstreet abortions, the critics say it leads to more deaths of mothers and babies.

Aid groups have said that the reduction of funding for primary health clinics has affected treatment for other widespread diseases like TB, malaria and HIV.

“Each iteration of the global gag rule has been blatantly coercive, both in intent and practice, and is moving forward in lock-step with the Trump administration’s non-stop assault on reproductive health services,” said Heather Boonstra, head of public policy at the Guttmacher Institute, a research and advocacy group on female and reproductive health.

“This ideologically driven policy undermines the very goals of US foreign aid programs by harming the health of people in developing countries, violating medical ethics, and trampling on democratic values.”

Pompeo rejected such criticisms on Tuesday as “just wrong”. He added: “The theory that somehow not protecting every human life is somehow destroying human life is perverse on its face.

“This administration has shown that we can continue to meet our critical global health goals including providing healthcare for women while refusing to subsidise the killing of unborn babies,” he said.

Pompeo also said the state department would more strictly enforce a rule that bans funding for organisations that debate the issue of abortions, saying that would affect the Organisation of American States (OAS).

“In light of recent evidence of an abortion-related advocacy by an organ of the OAS, I have directed to my team to include a provision in foreign assistance agreements with the OAS that explicitly prohibits the use of funds to lobby for or against abortions,” Pompeo said.

“The institutions of the OAS should be focused on addressing crises in Cuba, Nicaragua and Venezuela, not in advancing the pro-abortion cause,” the secretary of state said. “And to ensure our message is heard loud and clear we will reduce our contributions to the OAS. Our reduction equals the estimated US share of possible OAS expenditures on these abortion-related activities.”

“This is really concerning,” said Shannon Kowalski, advocacy and policy director at the International Women’s Health Coalition. “What they are going to do is restrict how human rights standards are interpreted to one that meets US views.

“We are worried they are testing the waters before applying the same policy to other organisations.”