After audience jeered vice-president elect at New York musical, actor addressed him from stage: We are the diverse Americans anxious you will not protect us 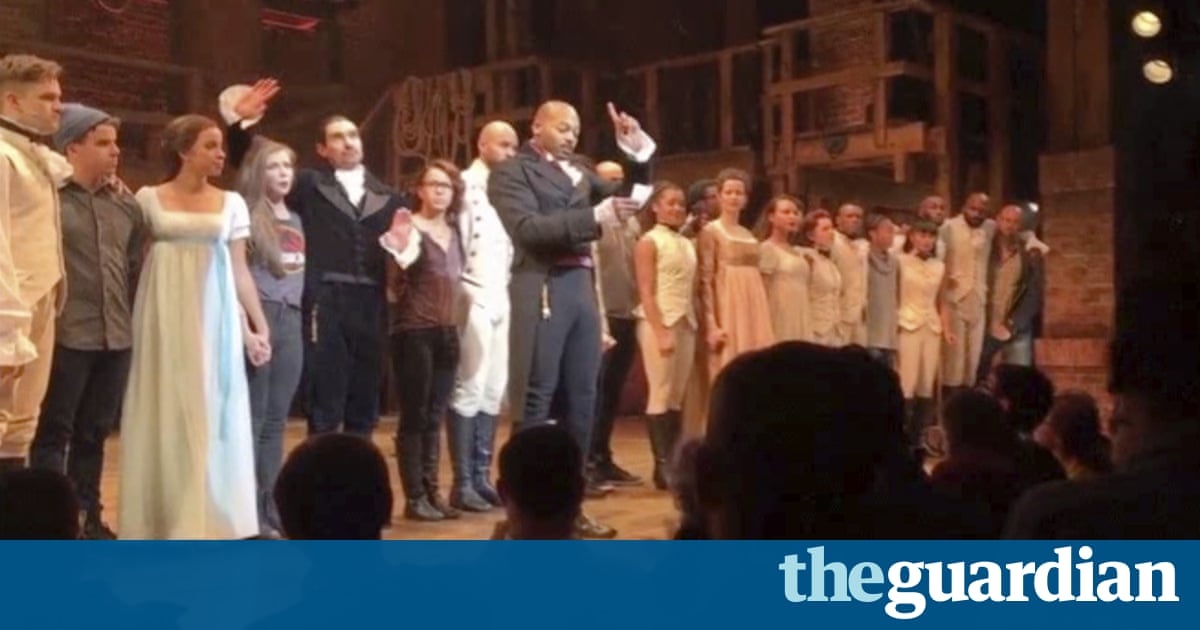 The US vice-president elect, Mike Pence, was booed by a theater audience when he attended the hit hip-hop musical Hamilton in New York on Friday night and then had a message about protecting diversity delivered to him from the stage after the curtain call.

On Saturday, President-elect Donald Trump accused theatre-goers of having harassed Pence, writing on Twitter: Our wonderful future V.P. Mike Pence was harassed last night at the theater by the cast of Hamilton, cameras blazing.This should not happen!

He also demanded an apology: The Theater must always be a safe and special place.The cast of Hamilton was very rude last night to a very good man, Mike Pence. Apologize!

On Friday night, as Pence entered the auditorium for the Broadway show at the Richard Rogers Theater, video taken by onlookers and posted to social media picked up some audience members cheering him, then more people booing him.

Pence walked down the aisle towards his seat and waved briefly as people in the theater clearly began to realize who he was. Then the boos began.

The show was occasionally disrupted by more loud booing at Pence. Patrons did not lose sight of the irony of a strong conservative, with a record of opposition against gay rights, attending a hip-hop musical with a pointedly diverse cast was not lost on , as noted in an early report by Variety magazine.

At first it was thought Pence had left the show at the interval, but it later turned out that he had returned to his seat, possibly after the lights went down, at the beginning of the second act in an attempt to minimize disruption.