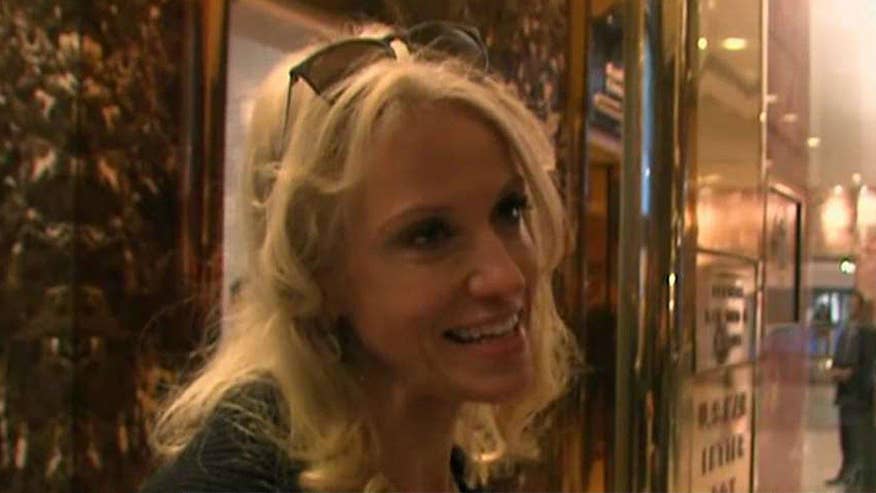 A significant White House job, the chief of staff likely will set the tone for Trump’s White House and serve as a main communications channel to Capitol Hill and Cabinet agencies.

Conway said the announcement would not come Saturday, but added, “Its imminent. Soon.”

Trump is said to be considering Steve Bannon, his campaign chairman and a conservative media executive, and Republican National Committee Chairman Reince Priebus for the job. Neither has significant policy experience, though Priebus is well-liked in Washington and has ties with lawmakers.

TRUMP NOW HAS ACCESS TO NATION’S MOST VALUABLE INTELLIGENCE

“I think Chairman Priebus has expressed an interest in the position. There are several people being considered. And its Mr. Trumps decision ultimately,” Conway said.

Conway is also said to be in the mix for a senior job. She is a veteran Republican pollster who formed a strong rapport with the candidate after taking the helm of his campaign in the general election. Conway said a possible future job in the White House was “not a big priority” for her.

Fox News has learned that Trump has had phone conversations with 2012 presidential candidate Mitt Romney, former Florida Gov. Jeb Bush and current Ohio Gov. John Kasich, although it’s not clear what roles they could be asked to serve.

Kasich’s call was described as cordial and brief. He and Bush called the president-elect. Trump called Romney on Tuesday night.

Fox News’ Serafin Gomez and The Associated Press contributed to this report.