Trump singled out Nancy Pelosi for defending the congresswoman, who has received death threats following his tweets 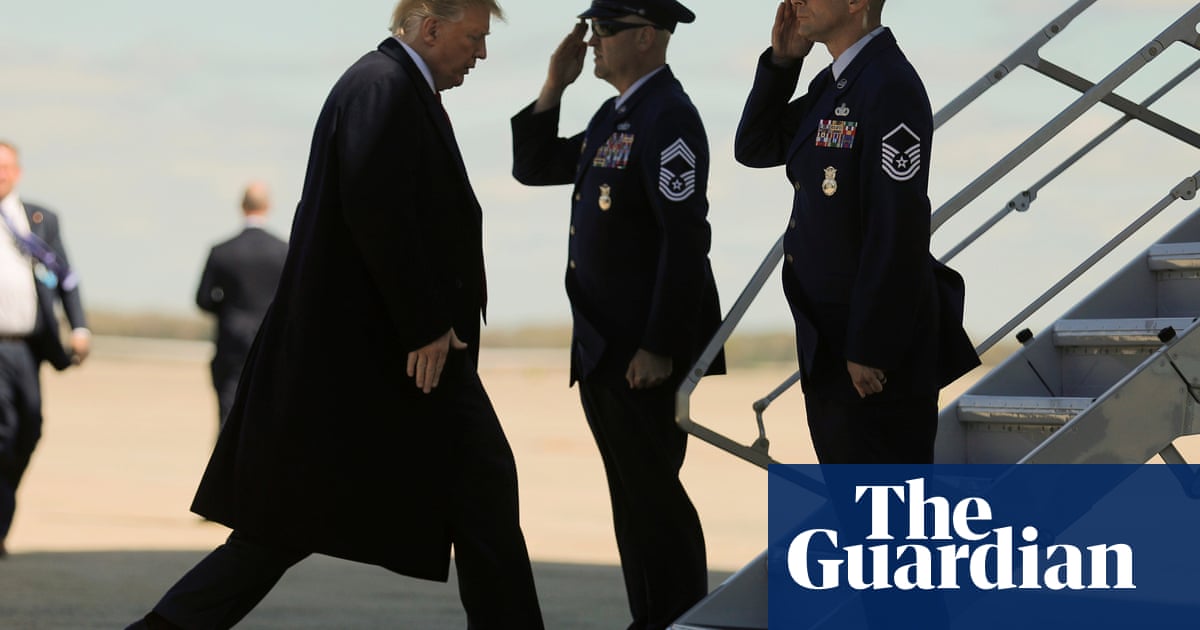 Donald Trump escalated his attack on congresswoman Ilhan Omar on Monday, saying she was “out of control” and criticizing Democrats for coming to her defense.

Omar, a Muslim American from Minnesota, has said she has received an increased number of death threats since the president tweeted a video in which she was accused of downplaying the September 11 terrorist attacks. Earlier this month, a New York man who said he supported Trump was charged with threatening to kill Omar.

Democrats condemned Trump for tweeting the video, which spliced a fraction of Omar’s comments to a Council on American Islamic Relations (Cair) conference last month, about the problem of Islamophobia, with images of the Twin Towers burning and falling.

In a statement released on Sunday night, Omar said: “Since the president’s tweet Friday evening, I have experienced an increase in direct threats on my life – many directly referencing or replying to the president’s video.”

On Monday, Trump flew to Minneapolis to attend an event in a congressional district bordering that represented by Omar, in a state he believes he can win in 2020. Somali Americans were expected to rally in response.

In a tweet sent before his departure, Trump singled out House speaker Nancy Pelosi for defending Omar, who he sardonically referred to as Pelosi’s “leader”. He said Pelosi should consider past remarks by Omar about Israel that were widely condemned by Democrats, including party leadership, as antisemitic.

Omar came to the US at the age of 12, as a refugee from Somalia. Fleeing civil war, her family lived in the Dadaab refugee camp in Kenya before moving to the US. She is one of the first Muslim women elected to Congress and the first person to wear a hijab in the House chamber.

Omar has said she often faces questions doubting her “American-ness”. In a tweet at the weekend, she said: “No one person – no matter how corrupt, inept, or vicious – can threaten my unwavering love for America.”

On Friday, Pelosi tweeted: “The memory of 9/11 is sacred ground, and any discussion of it must be done with reverence. The president shouldn’t use the painful images of 9/11 for a political attack.”

The speaker faced criticism in some quarters for not referring to Omar by name. On Sunday, Pelosi said she had asked US Capitol police and the House sergeant-at-arms to conduct a “security assessment to safeguard” Omar and her family.