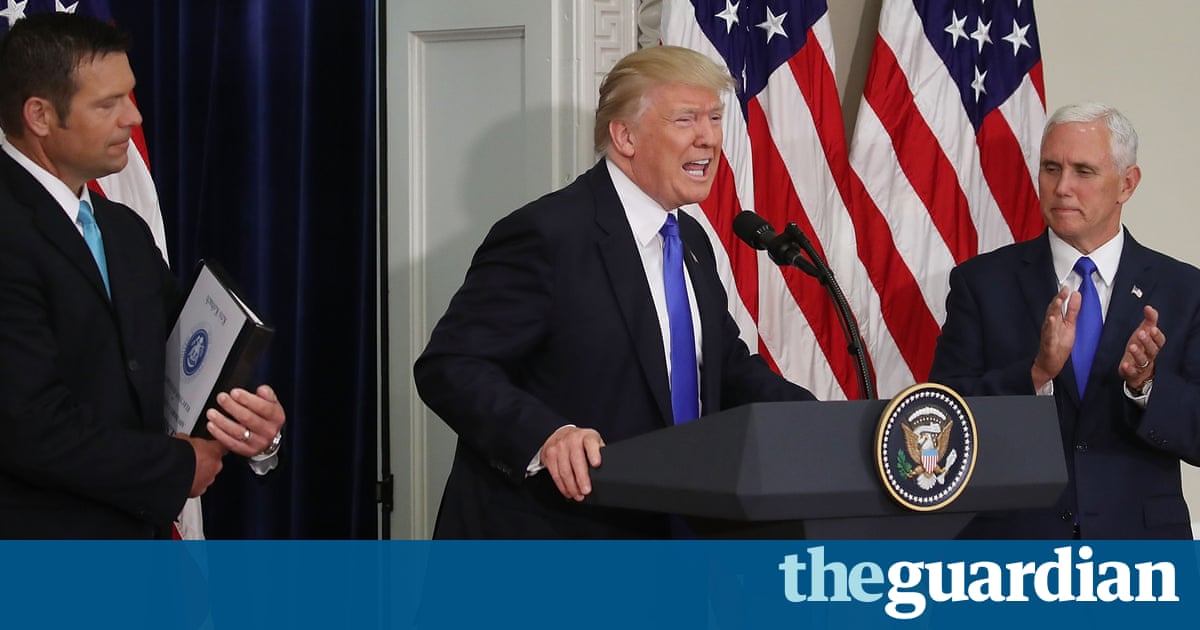 A federal judge on Monday cleared the way for Donald Trumps commission on election fraud to resume collecting detailed voter roll information from the states.

The commission asked states last month to provide publicly available data including registered voters names, birth dates and partial social security numbers, but it later told them to hold off until a judge ruled on a lawsuit filed by the Electronic Privacy Information Center (Epic) in Washington.

The US district court judge Colleen Kollar-Kotelly, in the District of Columbia, denied the advocacy groups request to block the data collection in a ruling that the commissions vice-chairman, Kris Kobach, called a major victory for government accountability, transparency and the publics right to know about the integrity of our elections processes.

The commission requested this publicly available data as part of its fact-gathering process, which is information that states regularly release to political candidates, political parties and the general public, said Kobach, the Republican secretary of state in Kansas. We look forward to continuing to work with state election leaders to gather information and identify opportunities to improve election integrity.

Nearly two weeks ago, the Trump administration had appeared to back away from its extraordinary attempt to gather voters personal information, following a barrage of legal challenges and furious backlash from state officials as well as the public over privacy concerns.

In addition, while Kobach has said that the effort was aimed at stopping voter fraud, his detractors say he is looking for a solution to a non-existent problem. They have also accused him of using it as a backdoor effort at mass voter suppression.

The privacy group had argued in its suit that the commission should have completed an assessment of privacy concerns before making the request. The judge found that the group had standing to make that argument but said the commission was not an agency and therefore was not required to do such assessments. The judge also found the group failed to show that its members would be harmed by the data collection.

The only practical harm the plaintiffs advisory board members would suffer … is that their already publicly available information would be rendered more easily accessible by virtue of its consolidation on the computer systems that would ultimately receive this information on behalf of the commission, the judge said.

She did not say that any states must comply with the commissions request.

The privacy group said it would be watching closely to see what the commission did next.

Similar lawsuits are pending in Texas, Florida and New Hampshire. The New Hampshire lawsuit, brought by two lawmakers and an American Civil Liberties Union chapter, was put on hold pending the outcome of the Washington case.

Trump, a Republican, created the Presidential Advisory Commission on Election Integrity in May to investigate his allegations, offered without evidence, that millions of people voted illegally in 2016. At the panels first meeting last week, he questioned the motives of states that have refused to comply with the commissions request, suggesting they had something to hide.

Before the commission paused data collection earlier this month, an Associated Press count of states responses found 17, plus Washington DC, did not plan to provide any information. Election officials in some of those states questioned the commissions intent to search for voter fraud; in some states, the main concern was voters privacy. Thirty states said they would provide limited information that was considered public already. And some of those states said the commission would have some hoops to jump through such as paying for the data or filling out additional request forms.

Alabama, Hawaii and Idaho had not announced decisions about whether to comply.