Report finds Trumps businesses have raked in $15.1m from political groups and federal agencies in pattern of personal self-enrichment 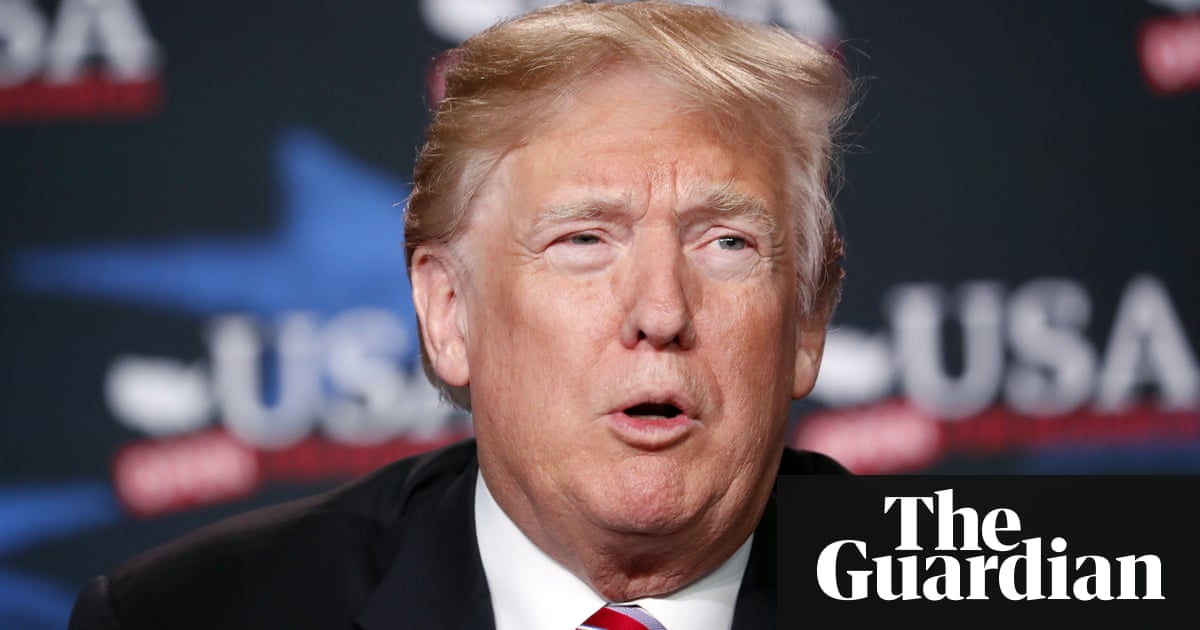 Donald Trump’s US businesses have raked in $15.1m in revenue from political groups and federal agencies since he began his run for the presidency, according to a report released on Monday.

For the report, titled The Art of the (Self) Deal: Political and Taxpayer Spending at Trump’s Properties, Public Citizen, a Washington-based nonprofit, analyzed all the available records of political and federal taxpayer spending at Trump businesses.

The report concludes that Trump, his campaign and Republican political committees have diverted millions of dollars to the president’s businesses – spending money on his airplanes, at his hotels, golf courses and restaurants, and even buying his Trump-branded bottled water.

About $13.2m, which represents 90% of the money spent, came from Trump’s own campaign. More than $717,000 came from the Republican National Committee (RNC) and nearly $595,000 from Trump Victory, the fundraising committee set up by Trump’s campaign and the RNC.

Trump’s customized 757 plane, with its gold-plated bathroom taps and seatbelts, was the biggest beneficiary. Some $9.2m – equal to 60% – of the money spent went to Tag Air, which controls the plane.

Trump Tower in New York sucked up close to $2.5m in funds. Trump launched his presidential bid from there, where his campaign leased space.

The president has openly speculated that he could make money in the White House. “It’s very possible that I could be the first presidential candidate to run and make money on it,” he told Fortune in 2000.

Trump will arrive in Mar-a-Lago, his Palm Beach resort, on Monday, where he will host Japan’s prime minister, Shinzō Abe. He is expected to spend much of the week in Florida. Since his inauguration in January 2017, Trump has spent 138 days at his properties in Florida, New Jersey and Virginia.

“Trump’s propensity for travel to his own resorts and dining at his own restaurants has resulted in considerable spending of tax dollars at Trump-owned properties,” the report concludes. However, it is difficult to assess quite how much money has been spent as the information is not yet fully available. The final tally is likely to be far larger than the $15.1m identified in Public Citizen’s report.

Existing public records of federal agencies spending money at Trump properties are incomplete but several agencies have detailed some spending. The US Department of Defense, for example spent nearly $140,000 at Trump businesses in the first eight months of his presidency, according to records obtained through a public records request by Property of the People, an open government group.

“Donald Trump has degraded the presidency in countless ways,” said Alan Zibel, research director at Public Citizen’s Corporate Presidency Project and author of the report. “One of the most shocking is his shameless self-dealing, as exemplified by the continued spending of campaign money and taxpayer dollars to Trump’s own businesses, which he refused to fully divest. Before Trump, this pattern of personal of self-enrichment was a characteristic of third-world autocrats rather than the president of the United States.”

Trump fought off calls to separate himself from his businesses after his election and has declined to release his tax returns, which would give a better accounting of the money he has made as president.

But there are calls in Congress to prohibit the spending of federal funds on properties owned by an officeholder, including the president, if those public funds provide a profit to the officeholder.

“Trump has raised the art of the self-deal to unprecedented heights, enriching himself at the expense of taxpayers,” said Craig Holman, government affairs lobbyist for Public Citizen. “This requires a legislative response.”