The banning of cameras from the White House, and the acquiescence of news organizations in the face of this ban, is a case in point 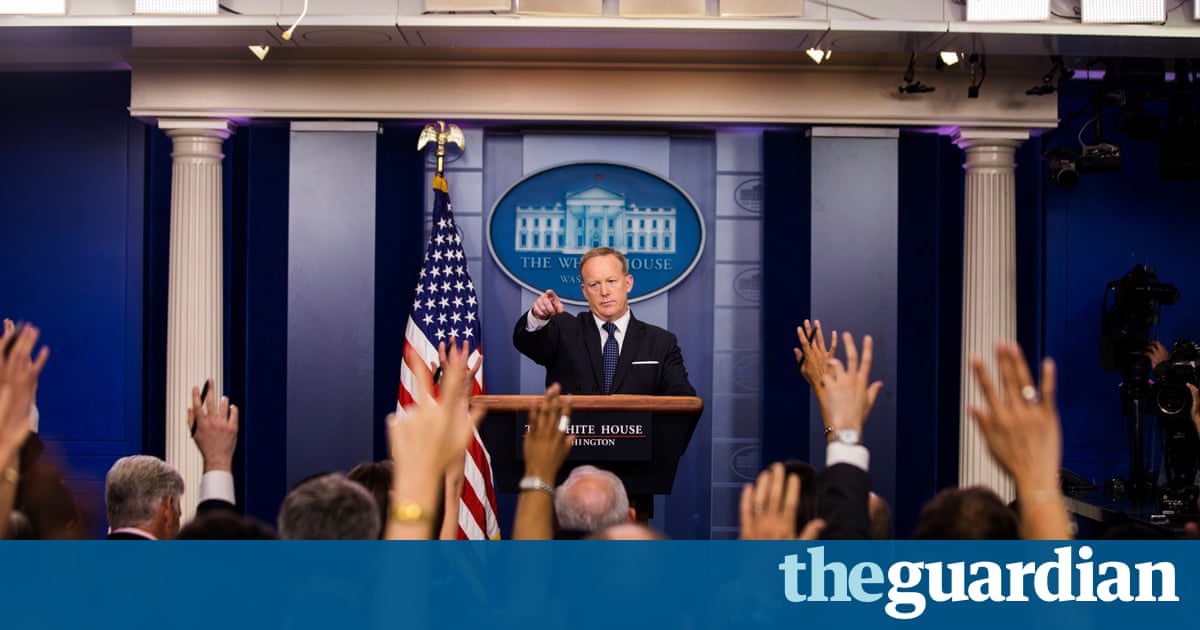 If you spend enough time exposed to far-right trolls on Twitter, you will come across what is considered to be a witty and stinging insult: accusing someone of virtue signaling. In Twitter vernacular, virtue signaling is the public expression of a political or social position for the sole purpose of looking good and gaining social status.

In a week that can only be described as unique, Donald Trump and the White House have offered multiple chances for US journalists and citizens to signal their virtue by voicing opposition to a series of attacks on the press.

The list is impressive. Cameras were banned from White House briefings. Trump attacked CNN as fake news following the resignation of three CNN journalists who published a flawed story about a meeting between a Trump associate and a Russian investment bank. Deputy press secretary Sarah Huckabee Sanders lambasted the press over their focus on Russia, only to then be herself lambasted by a journalist from Playboy.

As if that wasnt enough, Trump tweeted that MSNBC host Mika Brzezinski was low IQ and crazy, and that she had turned up at his Mar-a-Lago compound, bleeding badly from a face-lift. After the outrage generated by Trump tweets, Huckabee Sanders then claimed that Trump, in fact, was the victim, and that his tweets were part of his personality as a fighter.

If anything, the sight of US journalists being bullied by an incompetent, bigoted president should raise the ire of US citizens as much as the presss disappointing, and weak response.

It is worth noting, first, that many of the institutions of news and journalism now being singled out by Trump are outlets that gave Trump huge volumes of media oxygen he needed to become president. They played an important role in mainstreaming a candidate whose sexist and bigoted comments were, by any standard, outrageous. Hiring Trump supporters as pundits (such as Jeffery Lord on CNN) in order to create faux balance in on-air discussions was a typical way in which Trumps bigotry was normalized.

The banning of cameras from the White House, and the acquiescence of news organizations in the face of this ban, is an interesting case in point. There was a great deal of discussion on social media about how reporters should have refused to cave into these demands by either filming anyway, or simply refusing to cover the briefings. The response from many journalists was that this was a naive and unrealistic critique from people who dont understand how journalism works.

The problem for news organizations in this scenario is that the institution of journalism has for over a century pitched itself as a bulwark against power. Now, if you constantly trumpet your own importance in democratic society, you cant then be shocked when people hold you up to the very standards you claim to hold.

Of course many individual journalists do a great job, but thats not really an argument against caving to Trumps demands to not film. Those who care to find out will know most journalists as honest, hard-working people who are not out to lie and deceive, but many of them do work for multi-billion dollar corporations, and the motives of those corporations are fair game for criticism.

Trump is a media circus that attracts eyeballs. So, when journalists play along with anti-democratic demands (such as not to film), it is entirely OK to ask if this is, in fact, a pact with the devil in order to keep access to the corridors of power and thus keep the theater alive.

While things like CNN using courtroom sketch artist renditions of White House press briefings make for great tragi-comic clickbait, it does nothing for journalism. Playing along with Trumps autocracy flies in the face of what citizens have been told about journalism for decades, so please excuse them for their justified confusion.

Are the media watchdogs, or not? Can you, one minute, hire Trump supporters as pundits to normalize both his personality and politics, and then the next, turn around, with a confused look on your face, asking how on earth we got to this point?

No matter what rightwing trolls will tell you, there is no shame in pushing virtues. The problem is that Trump has made it easy for everyone even those with influence who sat on the fence when his rise to power began to look relatively virtuous. That is a low bar we should never set for ourselves.