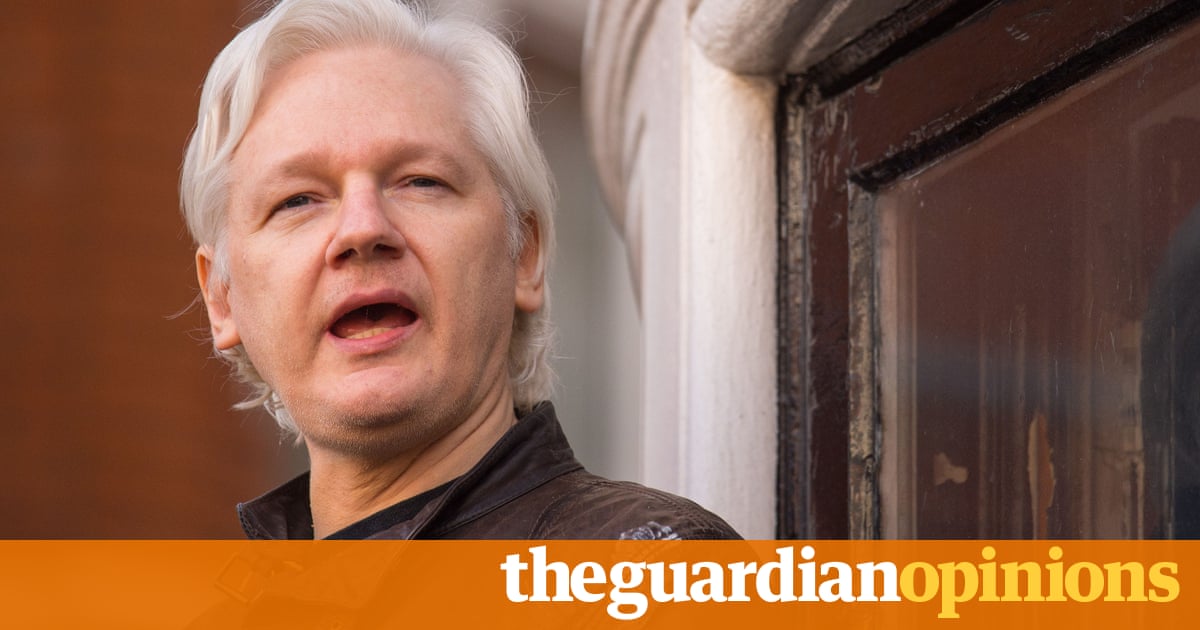 Last Wednesday, 11 months into Donald Trump’s new world order, in the first year of normalisation, a sudden unblurring of lines took place. A shift. A door of perception swung open.

Because that was the day that the dramatis personae of two separate Trump-Russia scandals smashed headlong into one another. A high-speed news car crash between Cambridge Analytica and Wikileaks, the two organisations that arguably had the most impact on 2016, coming together last week in one head-spinning scoop.

That day, we learned that Alexander Nix, the CEO of Cambridge Analytica, the controversial data firm that helped Trump to power, had contacted Julian Assange to ask him if he wanted “help” with Wikileaks’s stash of stolen emails.

That’s the stash of stolen emails that had such a devastating impact on Hillary Clinton in the last months of the campaign. And this story brought Wikileaks, which the head of the CIA describes as a “hostile intelligence service”, directly together with the Trump campaign for which Cambridge Analytica worked. This is an amazing plot twist for the company, owned by US billionaire Robert Mercer, which is already the subject of investigations by the House intelligence committee, the Senate intelligence committee, the FBI and, it was announced late on Friday night, the Senate judiciary committee.

So far, so American. These are US scandals involving US politics and the news made the headlines in US bulletins across US networks.

But it’s also Cambridge Analytica, the data analytics company, which has its headquarters in central London and that, following a series of articles about its role in Brexit in the Guardian and the Observer, is also being investigated, by the Electoral Commission and the Information Commissioner’s Office. The company that was spun out of a British military contractor, is headed by an old Etonian and that responded to our stories earlier this year by threatening to sue us. It’s our Cambridge it’s named after, not the American one, and it was here that it processed the voter files of 240 million US citizens.

It’s also here that this “hostile intelligence service” – Wikileaks – is based. The Ecuadorian embassy is just a few miles, as the crow flies, from Cambridge Analytica’s head office. Because this is not just about America. It’s about Britain, too. This is transatlantic. It’s not possible to separate Britain and the US in this whole sorry mess – and I say this as someone who has spent months trying. Where we see this most clearly is in that other weird Wikileaks connection: Nigel Farage. Because that moment in March when Farage was caught tripping down the steps of the Ecuadorian embassy was the last moment the lines suddenly became visible. That the ideological overlaps between Wikileaks and Trump and Brexit were revealed to be not just lines, but a channel of communication.