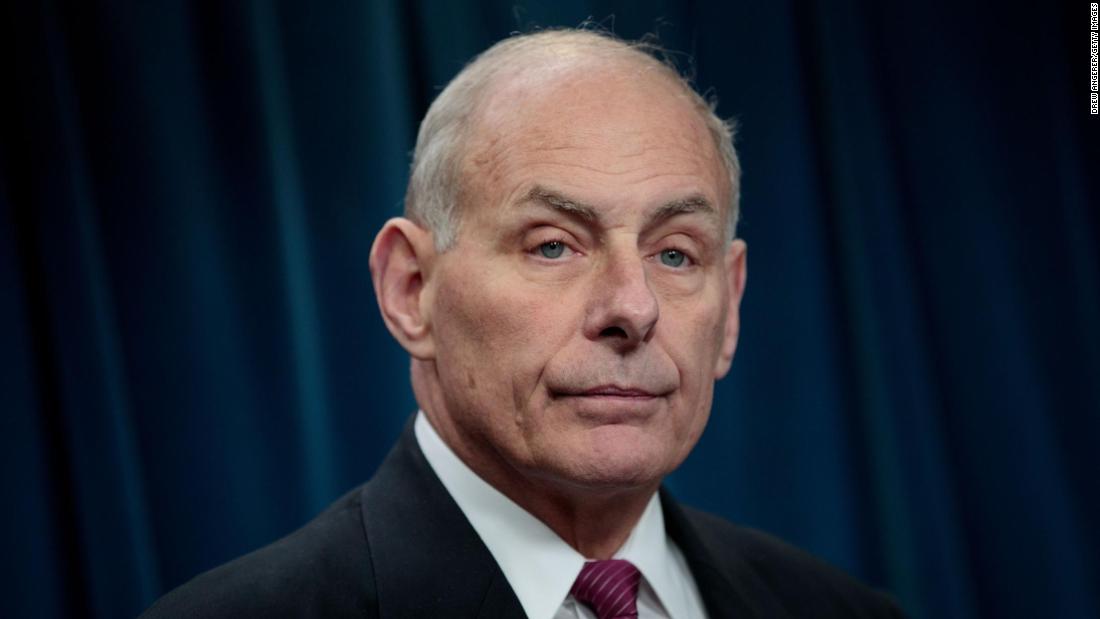 (CNN)White House chief of staff John Kelly announced at a senior staff meeting Monday that President Donald Trump asked him to stay on as chief of staff until at least 2020 — and that he agreed — three White House officials confirmed to CNN.

The announcement came after Kelly marked his first anniversary as chief of staff amid a swirl of rumors about his seemingly imminent departure. The Wall Street Journal first reported news of Kelly’s plans.
Kelly has seen his status as chief of staff diminished in recent months, with the President circumventing many of the policies and protocols the retired Marine Corps general put in place when he entered the West Wing last year. Though Trump has vacillated between criticizing and praising Kelly in recent months, he highlighted his one year on the job as he swore in the new Veterans Affairs Secretary, Robert Wilkie, in the Oval Office Monday.
“General Kelly — who, by the way, one year today, right? — became chief of staff,” Trump told a room of onlookers.
Kelly, who was standing near the back of the room, saluted Trump in return.
In the two weeks leading up to Trump’s disruptive swing through Europe, senior aides predicted that Kelly had days or hours left. Those same aides now think the ensuing chaos of the trip may have helped Kelly hang on a little longer.
In the weeks before Kelly’s announcement, Trump had been probing friends and advisers not about whether Kelly should stay on, but about their view of two possible Kelly successors.
Two candidates had emerged as the President probed his allies: the Vice President’s chief of staff, Nick Ayers, and Mick Mulvaney, the director of the Office of Management and Budget.
One Republican close to the White House cautioned CNN last week that Trump was not looking to replace Kelly imminently.
“The President polls people on everybody. He does that constantly,” the Republican said. “It has nothing to do with job openings. … He’s constantly taking a check on different people.”
Kelly now appears intent on remaining in a position that is wildly different from how he envisioned it when he took the reins as chief of staff last summer.
Many of the protocols and processes he put in place to organize policymaking and rein in freewheeling access to the President have broken down and he no longer commands the same respect he once enjoyed from White House staff or the President, multiple sources have told CNN.
This story has been updated with additional developments.