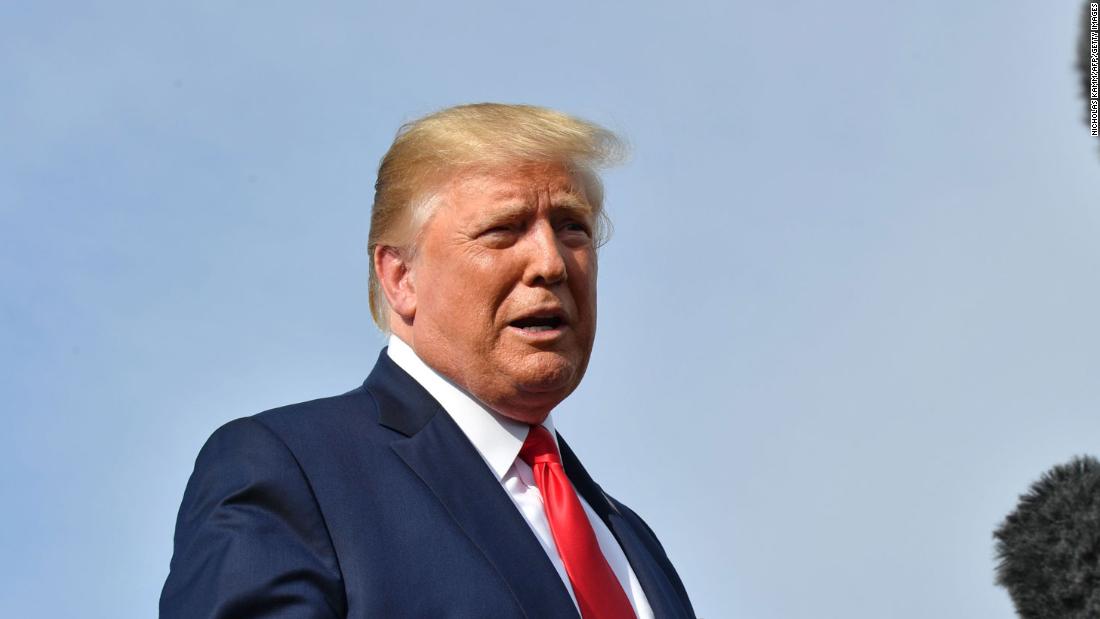 Washington (CNN)President Donald Trump claimed Friday that the US had nothing to do with the explosion of an Iranian rocket Thursday, tweeting a photo of such high resolution that it prompted questions about whether the President had publicly released classified imagery.

Even as geospatial analysts observed that the granular level of detail in the image appeared far superior to capabilities the US has published previously or publicly admitted to in the past, casual observers were pointing to another anomaly. A shadow on the image and a bright spot of light seemed to suggest someone — possibly the President — had taken a photo of the image that very probably was not meant for public consumption.

Trump himself sidestepped questions about whether the imagery was meant for public consumption. Asked by CNN’s Kaitlan Collins on Friday if he had released a classified photo, Trump replied, “I just wish Iran well. They had a big problem. I released a photo, which I had the absolute right to do.”
And he repeated the message in his tweet, that the US had nothing to do with the failed launch.
A US official told CNN that the image appeared to come from a satellite operated by the US intelligence community and noted that it was less likely the image was from a drone. The US was not likely to send a drone or manned aircraft into Iranian airspace, given regional tensions, this official said.
John Sipher, a former CIA officer, told CNN that the image is “consistent with a standard classified product. I’m sure it was.” Referring to the National Geospatial-Intelligence Agency, Sipher added that “it may have been a low classification, though. NGA can provide products at all classification levels, even unclassified.”

Sipher noted that Trump may have originally received a higher quality product and asked for an unclassified product to tweet.
“If he just took it and tweeted it, that is indeed bad. I wouldn’t bank on it, though” Sipher said. “My bet is when he asked if he was doing anything that gave up secrets, the relevant agencies said, ‘No.’ “
The CIA, Director of National Intelligence and State Department referred questions to the White House.
At the White House, the National Security Council declined to comment.
Dave Burbach, a professor at the US Naval War College, noted that the “quality of image Trump tweeted appears beyond the capabilities US has previously been willing to demonstrate to public.”
Trump’s tweet and his apparent taunt to Tehran came a day after an Iranian rocket exploded on the launch pad at the Khomeini Space Center, according to a US official familiar with an assessment of the incident. The official said the blast most likely happened during fueling operations. 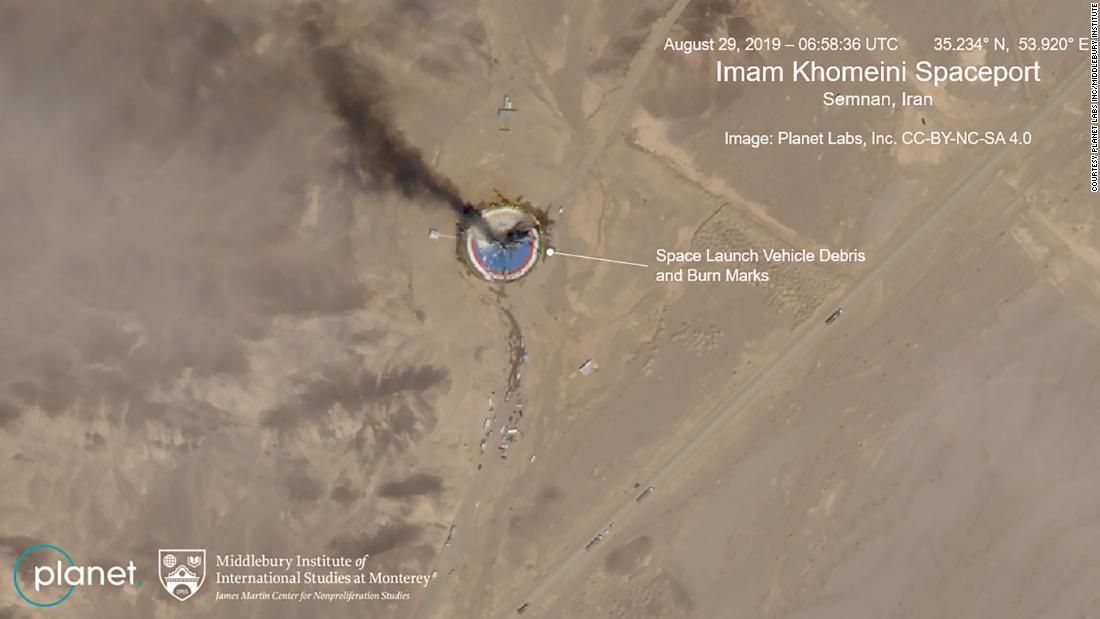 The US has been closely following activity at the launch site, which the Iranians claimed would put a satellite into orbit. The US believes the launches further Tehran’s missile development, as the space program uses the same technology needed to launch an intercontinental ballistic missile, multiple US officials tell CNN.
Iran is not barred from launching missiles under the 2015 nuclear deal that Tehran signed with the US, Russia, China, Germany, France, the United Kingdom and European Union. Iran is still largely, but not completely, adhering to the deal, which the US left in May 2018.
Eric Brewer, a former NSC official who focused on Iranian and North Korean nuclear issues in both the Trump and Obama administrations, suggested that he is among those who believe the imagery was a product of the intelligence community.
“In a normal world, we would assume the IC approved the public release of this image,” Brewer tweeted. “Yes, the President has the magic wand of declassification authority, but that is rarely (ever?) exercised without consultations with the IC to understand the risks and benefits of doing so. To do otherwise might be legal, but it is grossly irresponsible.”
Several commercial satellite companies watch Iran and North Korean nuclear sites and military bases very closely, providing their imagery to think tanks and media companies for use and analysis.
Experts say that publicly publishing satellite imagery used by intelligence agencies can not only make clear to opponents that they’re being watched — which may be the intent, if the goal is to unnerve an adversary — but those releases also reveal information that a hostile country can then use to better hide future activity. 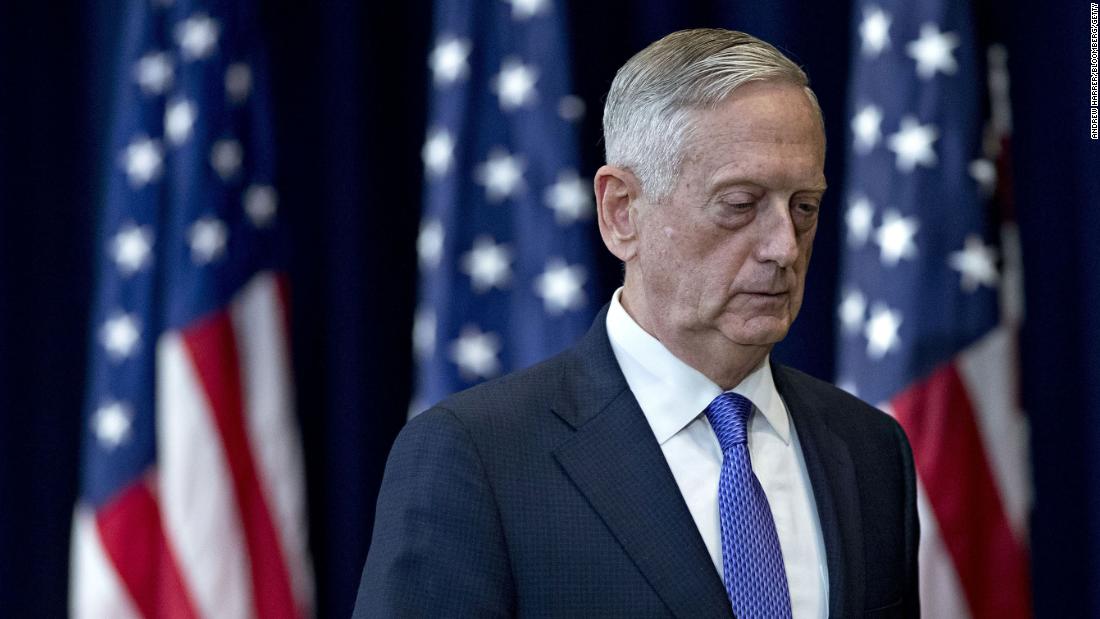 Hans Kristensen, director of the Nuclear Information Project at the Federation of American Scientists, said that he believes the image in Trump’s tweet came from an intelligence briefing book — the kind the President would be presented with during his regular intelligence briefings — and is a downgraded intelligence product, rather than something captured by commercial satellites.
He noted that spy satellites are capable of producing images at an even higher resolution than the one Trump tweeted.
“This seems to be from a briefing slide,” Kristensen said, “and the briefing slide was most likely not the raw material, as it would have been downgraded.” He noted that you can also see the reflection of what appears to be a camera flash in the image.
Kristensen said that this image would have automatically been classified. While Trump has the ability to declassify materials, an image like this would have had to go through a multi-layered process in order for it to be cleared for release.

That process would start with a high-level request to the intelligence community. Experts there would then examine whether any aspect of the image could be compromising or create problems. That could include what the image depicts, its resolution, or other details that might reveal how the satellite was operating and at what particular time.
“The formal process would have to go through many layers to get this out,” Kristensen said.
Kristensen said that among the myriad questions Trump’s tweet raises is a basic one about the President’s objective. 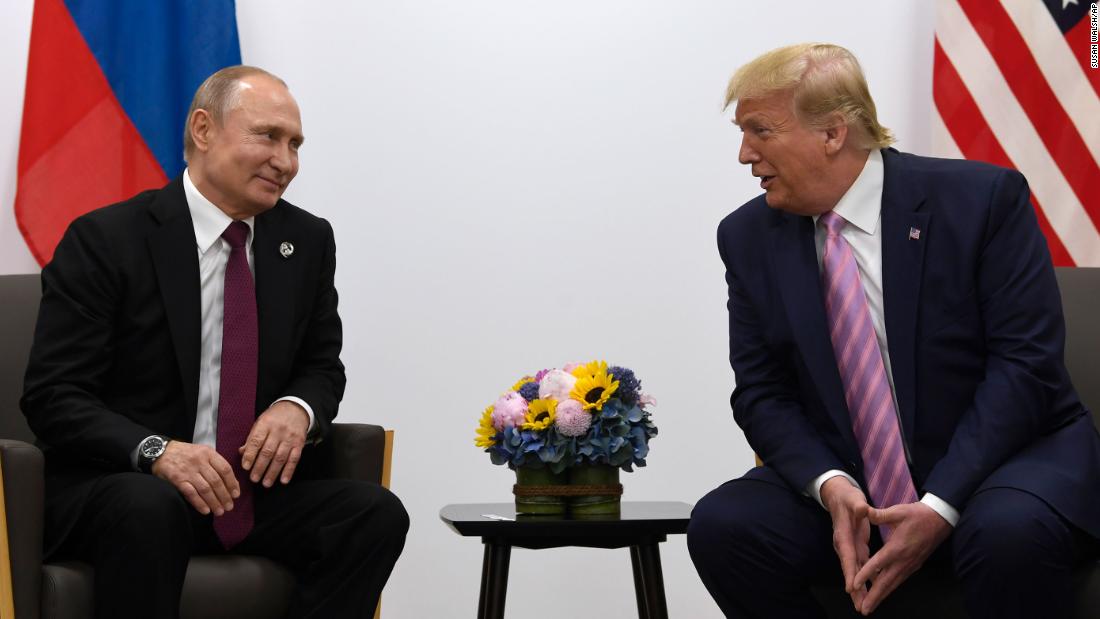 Trump’s move comes days after the G7 meeting in France, where Iran’s Foreign Minister Javad Zarif made a surprise appearance and Trump indicated he might be willing to meet with Iran’s president.
Speaking in Biarritz on Monday, Trump said that he could meet with President Hassan Rouhani under the right circumstances and that is was a realistic possibility in the next few weeks.
French President Emmanuel Macron said he hoped such a summit could happen in the next few weeks, an opportunity with the gathering of world leaders at the United Nations General Assembly set for late September in New York.
Rouhani said Tuesday that Iran was ready to talk — if the US lifts all sanctions first.
On Friday, Israeli Prime Minister Benjamin Netanyahu, a fierce opponent of the Iran nuclear deal, weighed in on the debate, calling Macron to warn him off any new talks with Iran, arguing that now is “precisely the wrong timing” for outreach to Tehran.