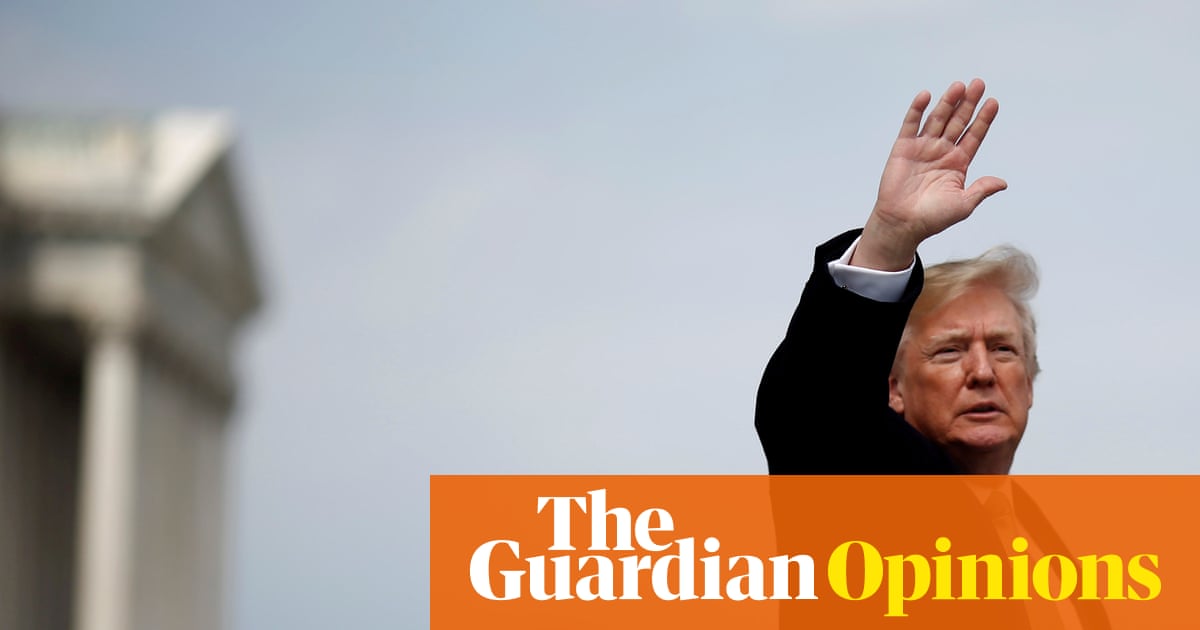 Donald Trump is perhaps the US president best equipped to understand that some rise by sin, and some by virtue fall.

His personal business plan always involved racking up enormous deficits and debts, before finding a way to unload them on to others – his employees and creditors mostly.

Last week the US president imposed tariffs on steel and aluminium imports. The notion that he did so because he is concerned about America’s trade deficit collapses into a pool of implausibility when projected upon a businessman so intensely relaxed about being in the red.

The fact is, Donald Trump is only pretending to care about the trade deficit. And economic history is on his side. Since the mid-1970s, the United States became the first superpower in history that succeeded in massively boosting its global hegemony on the back of increasing trade … deficits. And how did America pay for these ever-expanding deficits? By maintaining the capacity of Wall Street and certain hi-tech industries to act as a magnet bringing into the country a sizeable portion of foreigners’ rents and profits.

Trump claims America is a victim of unfair trade and that his tariffs are necessary to support blue-collar workers. His liberal critics despair, pointing to the dead-weight losses, and the threat of a trade war, that these tariffs foreshadow. Once again, the public debate is dominated, on both sides of US politics, by big lies founded on small truths.

The small truths are that, yes, some jobs in the few US foundries that survive may be saved for a while; yes, there will be some losses for American consumers who will now pay more for cars and other metal-based goods; yes, the probability of a broader trade war has risen. But the big lie is that these are the issues to lose sleep over.

A closer look at the $375bn that is China’s trade surplus with the United States reveals an awkward fact: more than half of it is due to American corporations (with Apple being one of many) that export US-branded goods from China into America, while channelling their profits through a network of tax havens. And most of the rest of China’s surplus is due to Washington’s own restrictions on the sale of hi-tech equipment to Chinese companies that are dying to get their hands on it. While ‘national security’ is the excuse, the real reason, in most cases, is a penchant for preventing Chinese engineers and technologists from replicating them.

Trump is evidently motivated by short-term political gain. However, there is a longer game in progress here: America’s big tech, pharmaceutical giants and, of course, Wall Street would like to see his steel and aluminium tariffs as the first shot in a long campaign to demolish the Chinese walls, within which China’s companies are emerging as genuine competitors in the industries where real profits are made: artificial intelligence, intellectual property rights and financial services.

Antagonising the best customer of the federal government’s debt is, however, a dangerous move. Especially if done on behalf of America’s richest corporations at a time when massive tax cuts in their favour necessitate the production of a lot more federal debt. But then again should we be surprised if a president who rose so high by sin is felled by hubris?