Suit brought by Barbara Underwood says Trump Foundation is little more than an empty shell and seeks $2.8m in restitution 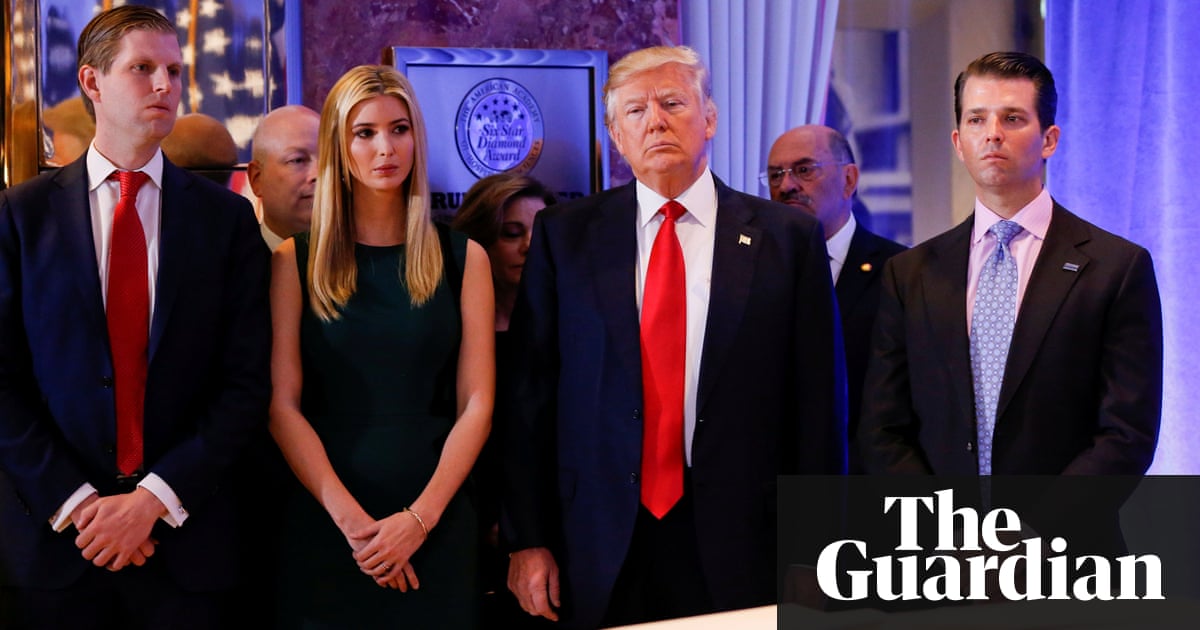 The attorney general of New York state sued the Donald J Trump charitable foundation, President Trump and three of his children on Thursday for violating state charity laws, alleging that the Trumps used charitable assets as “little more than a checkbook for payments to not-for-profits from Mr Trump” and his companies.

Foundation assets, acquired through tax-deductible donations, were used to settle legal claims against one of Trump’s golf clubs and to buy a painting of Trump to be displayed at another club, the suit alleges.

The lawsuit, filed by the attorney general, Barbara Underwood, on the morning of Trump’s 72nd birthday, seeks $2.8m in restitution and penalties from Trump and asks for the distribution of $1m in assets to other charities.

The lawsuit also seeks to dissolve the Trump Foundation andbar the Trumps from serving on the boards of any charitable organizations – Trump senior for 10 years and three of his children for one year.

In addition to Trump, the lawsuit names his children Donald Jr, Ivanka and Eric.

Trump began tweeting soon after the charges were filed, dismissing the lawsuit as the work of “the sleazy New York Democrats” and claiming the foundation “took in $18,800,000 and gave out to charity more money than it took in, $19,200,000”.

“I won’t settle this case!” Trump tweeted on Thursday. If he does not settle the case, a trial could result, casting a prolonged spotlight on the inner workings of the Trump Organization and probably requiring the president’s personal involvement.

A statement from the Trump Foundation declared “this is politics at its very worst” and painted Underwood as a partisan apparatchik. Underwood, a career staffer and former acting US solicitor general who was promoted last month after her predecessor, Eric Schneiderman, resigned in disgrace, has said she will not seek election to the position which she plans to leave in the fall.

The lawsuit alleges that the foundation engaged in “at least five self-dealing transactions that were unlawful because they benefited Mr Trump or businesses he controls”, Underwood said in a statement.

Money used to pay those bills came not from Trump but from would-be charitable donors who paid into the foundation, the lawsuit said. “From 1987 through 2008, Mr Trump personally donated funds to support the foundation,” the suit reads. “Since 2008, however, Mr Trump has not contributed any personal funds to the foundation, which instead has been supported by donations from other persons and entities.”

“The foundation is little more than an empty shell that functions with no oversight from its board of directors,” the lawsuit alleges. “Trump ran the foundation according to whim, rather than law.”

The lawsuit follows an investigation of the Trump foundation that began in June 2016 under the previous New York attorney general, Schneiderman. That investigation followed on the Pulitzer prize-winning work of the Washington Post journalist David Farenthold and others.

Episodes of alleged wrongdoing highlighted by the lawsuit include a charity fundraiser for veterans that Trump held on 28 January 2016, when he was a presidential candidate. Trump held the benefit in lieu of participating in a presidential debate.

The lawsuit alleges that a Trump foundation filing claiming that the event was “to raise funds for veterans’ organizations” was in fact false, because “in reality, the fundraiser was a Trump campaign event in which the Foundation participated”.

“In violation of state and federal law, senior Trump campaign staff, including campaign manager Corey Lewandowski, dictated the timing, amounts and recipients of grants by the foundation to non-profits,” Underwood said in a statement.

To maintain their charitable status under New York state law, organizations are barred from engaging in most political activity.

Schneiderman, who served for seven years, had previously sued the Trump Organization on multiple fronts, and after the inauguration, Schneiderman’s office sued the Trump administration and congressional Republicans at least 100 times.

Shortly before his inauguration, Trump settled a fraud case brought against Trump University by the state attorney general’s office, then run by Schneiderman, for $25m.