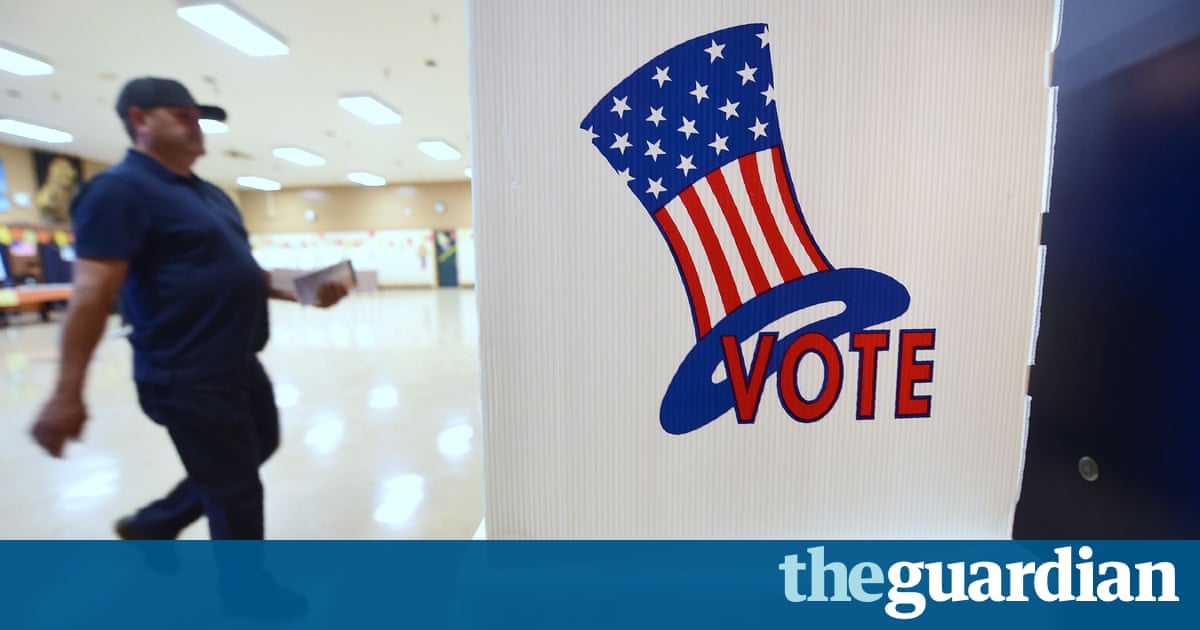 Jill Steins attempts to secure presidential election recounts hit hurdles in Pennsylvania on Monday, while a furious Donald Trump began raising money to fight back against the efforts to review his victory.

Stein was scrambling to recruit more than 25,000 supporters to submit affidavits requesting recounts on her behalf to local elections officials in Pennsylvania, which does not allow the kind of statewide request she submitted in Wisconsin last week.

The Green party candidates team said by early afternoon that it had managed to file requests in only about 100 of Pennsylvanias 9,163 electoral precincts. Three voters in each precinct must submit a notarized request for a recount to be triggered. Deadlines to submit these petitions vary across the state.

The deadline is happening as we speak, and [there are] different deadlines in different districts. That deadline could very well be Monday. It could be Tuesday, Stein said in a video message to supporters. There are some districts where the deadline has already passed.

Wanda Murren, a spokeswoman for Pennsylvanias secretary of state, said counties could reject recount requests after waiting five days following the computation of their results, and that this had passed in some areas.

Weve learned that many counties have completed their certification, thereby closing the 5-day window to petition at the county level for a recount, Murren said in a statement.

Stein also filed a deadline-day petition to a state court in order to contest the election result in the event that recounts that do take place indicate that computer intrusions or hacking of electronic election systems impacted the results.

The petition, a copy of which was obtained by the Guardian, cited concerns about the discontinuity between pre-election polls and the result, in addition to US government warnings about Russian cyber-hacking and expert testimony about the vulnerability of some electronic voting machines used in the US.

Steins moves came as Trumps aides launched a recount defense fund, branding the effort to recount the vote in states where he narrowly triumphed over Hillary Clinton as a political ploy to divide the US. Clintons campaign has said it will cooperate with the effort, which is being spearheaded by the Green party.

An email to Trumpssupporters asks for contributions from $5 to $200 or more but is vague about what the money will be used for, other than to ensure that the recount process is done fairly.

Election officials in Wisconsin are expected to meet on Monday to discuss a possible schedule for a recount of that states presidential votes, after Stein filed a petition last Friday alleging without evidence that foreign hackers could have submitted bogus absentee ballots.

Stein has also pledged to seek a recount in Michigan, where Trump was officially certified as the winner on Monday. Wednesday is the deadline in Michigan for requesting a recount.

The email from Chris Carr, political director of the Republican National Committee, describes the recount effort, which has so far raised $6m for the three states, as ridiculous, meaningless and a political ploy by the left to further divide our country, gin up support from their extremist base, and threaten President-elect Trumps mandate.

Carr writes: Please contribute to our Recount Defense Fund to help us fight back against Hillary Clinton and her allies as they drag our country through a pointless recount.

Noting that the Clinton campaign has admitted there is no actionable evidence of hacking of voting machines, the email adds: This recount is nothing but a distraction and a preview of the lengths to which liberals are willing to go over the next four years to try to stop us.

But now that the recount is set to take place, we need to be ready to fight back and win, just like we did during the campaign. With you on our side we will be successful in once again stopping Hillary and her far-left pals from dividing our country even more. Contribute $10, $25, $50, $100, $200, or more today to help.