President previously said the legal age to buy certain guns should be 21, but backed off after NRA filed lawsuit challenging age restrictions 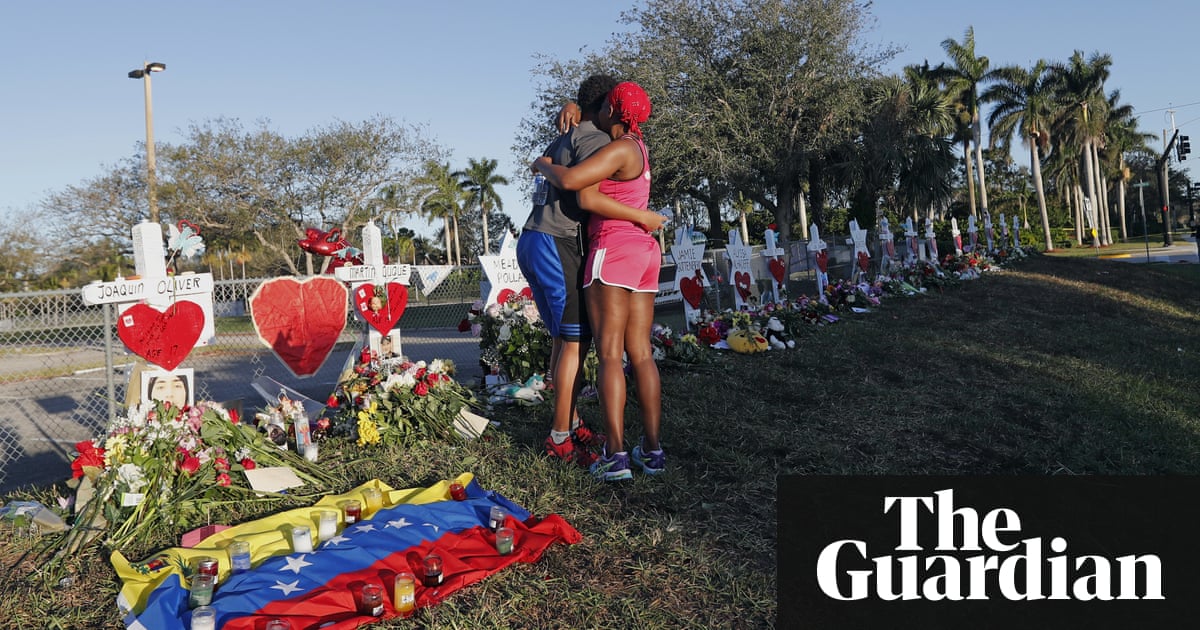 The Trump administration has backed away from a proposal to raise the legal age to buy certain guns because of an NRA lawsuit, the president wrote on Monday.

“On 18 to 21 Age Limits, watching court cases and rulings before acting,” Donald Trump tweeted, after weeks of voicing support for raising the age limit. He also said there was “not much political support (to put it mildly)” for the policy.

Recent polls of US adults have found that more than two-thirds of respondents favor raising the legal age to buy guns.

The president had clashed with the NRA over the issue of raising age limits to purchase rifles such as the one used in the attack on Marjory Stoneman Douglas high school in Florida in February, in which 17 people were killed.

But the NRA, which spent more than $30m to support Trump’s campaign, stood firm, filing a federal lawsuit on Friday challenging new age restrictions in Florida.

The White House deputy press secretary Raj Shah told ABC an age-limit rise would be included. But the president then backed off, assigning the question of whether age limits should be raised to a new federal commission on school safety, to be chaired by education secretary Betsy DeVos.

“What President Trump showed when he said he wanted to raise the age to 21 was bipartisanship and the need to work together on this and save some lives,” one of the students, David Hogg, told CNN.

“But the other thing he showed after that is that he’s no better than the other politicians because he called out other GOP members and said, ‘You’re owned by the NRA and that’s why you don’t want to take action.’ But then he stepped back down from where he was.

“I ask him why? Show us that you’re better than these other politicians and that you aren’t owned by the NRA and that you actually want to take action. Those proposals were great but proposals without action remain proposals.”

On Monday, DeVos told NBC “everything is on the table”.

The White House remains committed to other proposals the president has endorsed. Existing justice department funding will be used to help train teachers and other school personnel to use firearms in an attempt to “harden” schools against mass shootings.

The president tweeted on Monday: “If schools are mandated to be gun free zones, violence and danger are given an open invitation to enter. Cowards will only go where there is no deterrent!”

Homeland security officials will also work with states to develop a public awareness campaign to prevent school shootings, based on the “see something, say something” campaign launched after 9/11, which encourages members of the public to report potential signs of terrorism.

No figures were given for what such plans would cost.