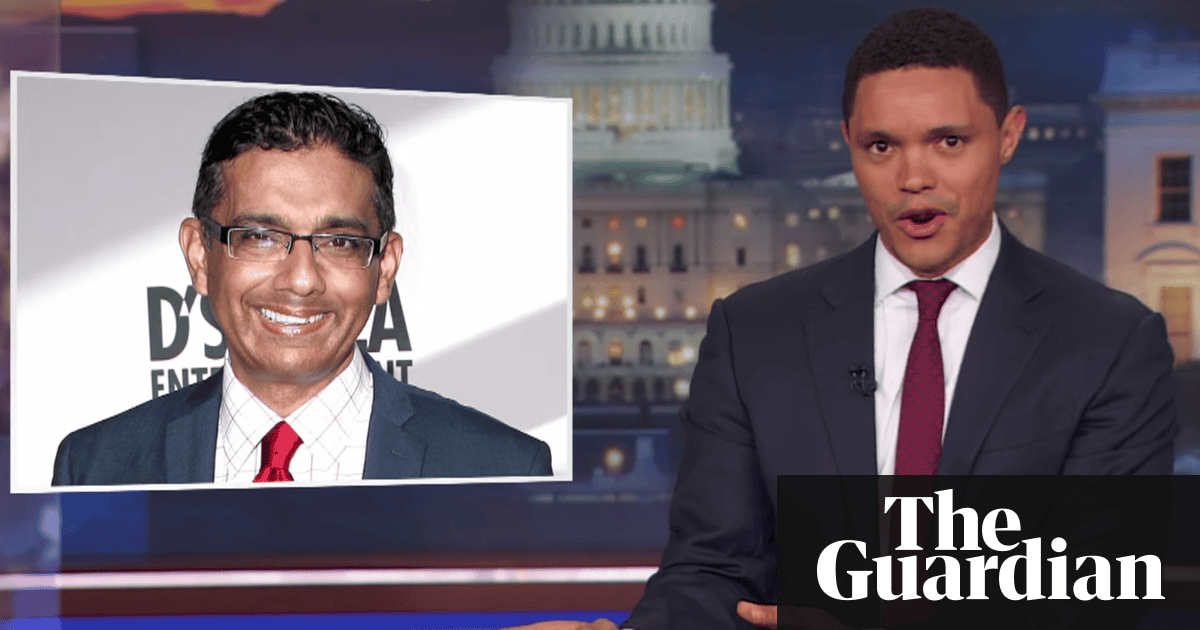 On The Daily Show, Noah started by discussing Kardashian’s visit to Washington DC, illustrated with a picture of the pair posing together.

“I know that there’s some of you thinking, ‘I can’t believe this reality show moron is in the Oval Office’ – but don’t forget he was elected by the American people,” Noah joked.

But Noah worked out that Kardashian and Trump actually have a lot of similarities. “These two have so much in common: they’re both reality stars, they’re both big on social media, Kanye loves both of them, they both believe in employing everyone in their family no matter how useless they are,” he said.

The visit led to outrage from some pundits who questioned the value of her visit to the White House and the overall ridiculousness of the situation.

“Really? She shouldn’t be here?” Noah asked. “You think Kim Kardashian brings down Donald Trump’s Oval Office? What could she do to make him any worse than he already is? If anything, I want her to stay there longer.”

The reason behind her visit was the case of Alice Marie Johnson, who has spent over 20 years imprisoned for a minor drugs offense. But while Trump has yet to make a decision, instead he tweeted a full pardon for far-right film-maker Dinesh D’Souza who has a history of bigoted comments about race, sexuality and gender.

“So basically Kim Kardashian said, ‘Can you pardon a black grandmother?’ and Trump said, ‘No, but I can pardon a brown grand wizard’,” he joked.

Noah continued: “I’m not saying that being an asshole is reason enough not to pardon someone, but what I am saying is that maybe Trump pardoned D’Souza because he is an asshole.”

The surprise news has arrived after other pardons granted to figures with extreme views. “Trump doesn’t care about sentencing reform or government overreach. All he cares about is doing favors for people who he likes,” he said.