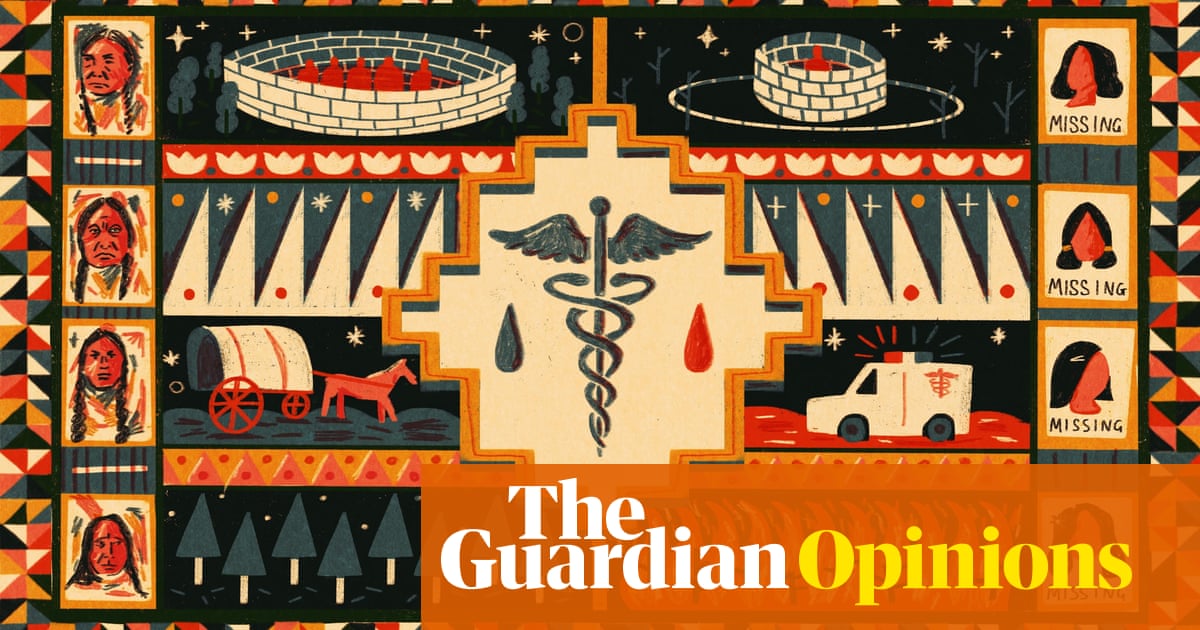 Exterminate, remove, assimilate, terminate, relocate. Most Americans will have no context for the relationship of these words to each other. Most Americans Indians will recognize them immediately. They align with US federal policies that were implemented from the late 1700s through to 1978 in order to solve the “Indian problem” and allow for Euro-American expansion. The result of these injustices is an unresolved grief that underlies our American Indian reality in 2019. Mental health expert Dr Maria Yellow Horse Brave Heart calls it “historical trauma”. She writes: “This phenomenon … contributes to the current social pathology of high rates of suicide, homicide, domestic violence, child abuse, alcoholism and other social problems among American Indians.” This trauma, in other words, is making us sick. And so is the fact that it is routinely ignored by the rest of the country.

Exterminate, remove, assimilate, terminate, relocate. Every American should learn about the relationship between these words in school, but they do not. Children do not. Adults do not. Academics and health professionals do not. This is the way that my son learned about the Trail of Tears, the forced relocation of American Indians from their ancestral homelands in the 19th century, in a high school just outside of Yale University: “The kindly soldier moved the Indian family to a better place to live.” It’s no wonder that true considerations of this historical trauma are absent from healthcare facilities, where they’re needed most.

Trauma is at the root of the issues that translate into the poor health outcomes characteristic of American Indians. The unspeakable, persistent, targeted, systemic aggressions visited on our ancestors live on in us, the descendants. This isn’t just a theory; it can be shown epigenetically. We suffer from some of the lowest life expectancies in the entire western hemisphere. The current average life expectancy for men born on Dakota reservations is 40 to 50 years of age, as compared to the US average for men of 76.1. According to the Indian Health Service’s Trends in Indian Health (2014), diabetes causes death in American Indians at a rate 177% greater than other Americans. As a nurse in the Indian Health Service (IHS) in New Mexico, I lost count of the incidents of amputation, dialysis, blindness and death I witnessed firsthand as a result of the disease; my mother died at age 69 from diabetes complications. Alcohol-related deaths occur at a rate 520% greater; chronic liver disease and cirrhosis 368% greater; tuberculosis 450% greater; pneumonia and influenza 37% greater; suicide 60% greater. And the list goes on.

Yet, as a nurse academic who has attended national professional conferences for decades, I’ve come across few if any papers focused on American Indian health. There are only a handful of health professional schools in the United States that offer indigenous health courses. These are usually elective, rarely mandatory. There is a resounding silence in the medical world when it comes to all things American Indian. Structural blocks to Indian health persist through uninformed policy, inequitable funding, and lack of representation. Relevant legislation is barely existent, there is no Indian Affairs Committee on the House side, and Congress appropriates funding for the IHS.

In 2017, IHS determined that it needed $7,599 a person to provide patients with care comparable to Federal Employee Health Plans (the standard cost benchmark). But it received $2,656 a person. By comparison, most states spent $5,720 a person on their prisoners’ healthcare, and some states up to $10,000. Sixty per cent of American Indians rely on the IHS for their healthcare needs and this is the US population with the lowest life expectancies and the highest rates of major diseases, and still IHS funding is abysmal. American Indians are regularly subjected to “life or limb” tests – denied care unless their life or a limb is immediately endangered. “You better get sick by June, when the money runs out” is a popular saying in Indian country.

Federal agencies as well as individual practitioners need to account for the spiritual illness that is translating into physical illness and killing American Indians. If you are a health professional receiving American Indian patients, assume trauma. Attempt to rule it out. And if it is present, take it into account when issuing treatment. Trauma-informed care – taking a holistic approach by considering the patient’s physical, mental, emotional, and spiritual health – is vital. Trust is paramount. So is recognizing American Indians to begin with. Patients forced to turn to non-IHS facilities because of the vast store of services that IHS hospitals and clinics are unable to offer are persistently misidentified in life and at death, which results in skewed data. Providers don’t often ask, make assumptions, and then miss out on opportunities to provide targeted, culturally relevant care.

“Invasion is a structure, not an event,” writes anthropologist Patrick Wolfe. In other words, the invasion is not over. The reigning structure must be dismantled in order for any progress to be made with regards to American Indian health outcomes, which rely on the racism and attendant traumas visited on every American Indian every day in the US. The structure will be torn down when: American Indian people can proliferate, reclaim, use inherent sovereignty, rebuild and remain/return. But first it must be made visible.