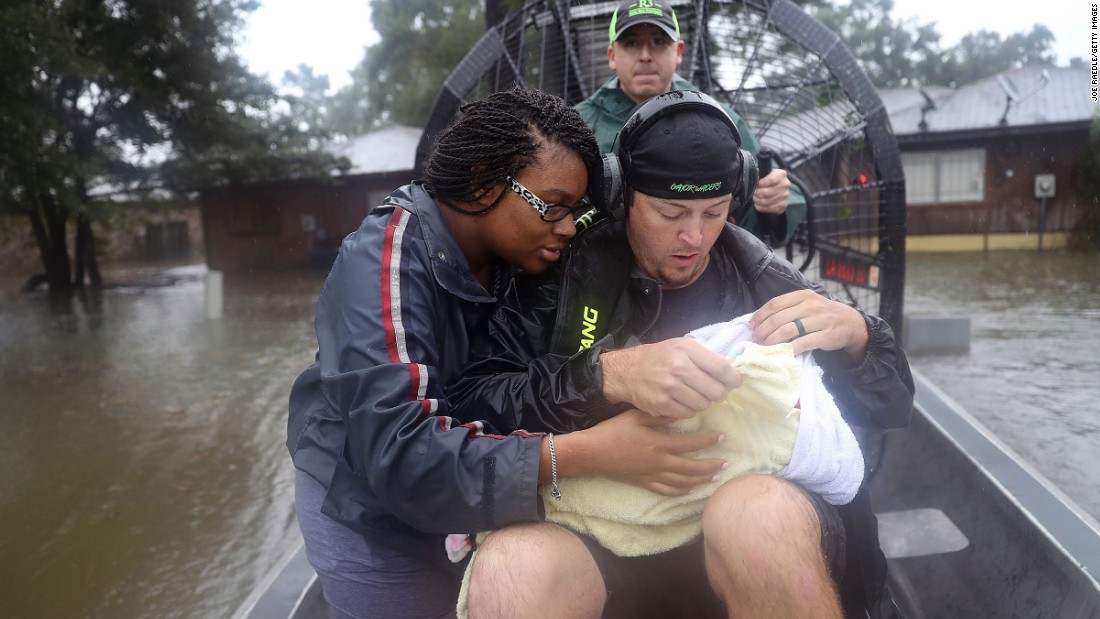 (CNN)Rising floodwaters have filled much of the first floor of the Houston home where 11 members of Leidys Shull’s family are taking refuge.

Worried about four children under the age of six, Shull called 911 Sunday and talked to the fire department. They put her on a waiting list for being rescued, she said. Then they told her they’d come at 3 in the morning, she said, but nobody showed up.
“We are still waiting,” Shull said Monday afternoon from the house’s second floor, where the family has retreated. “They said the Coast Guard and the people are going to come, but still nothing has happened.”
Her family has water and a few Gatorades, but did not have food Monday for lunch. 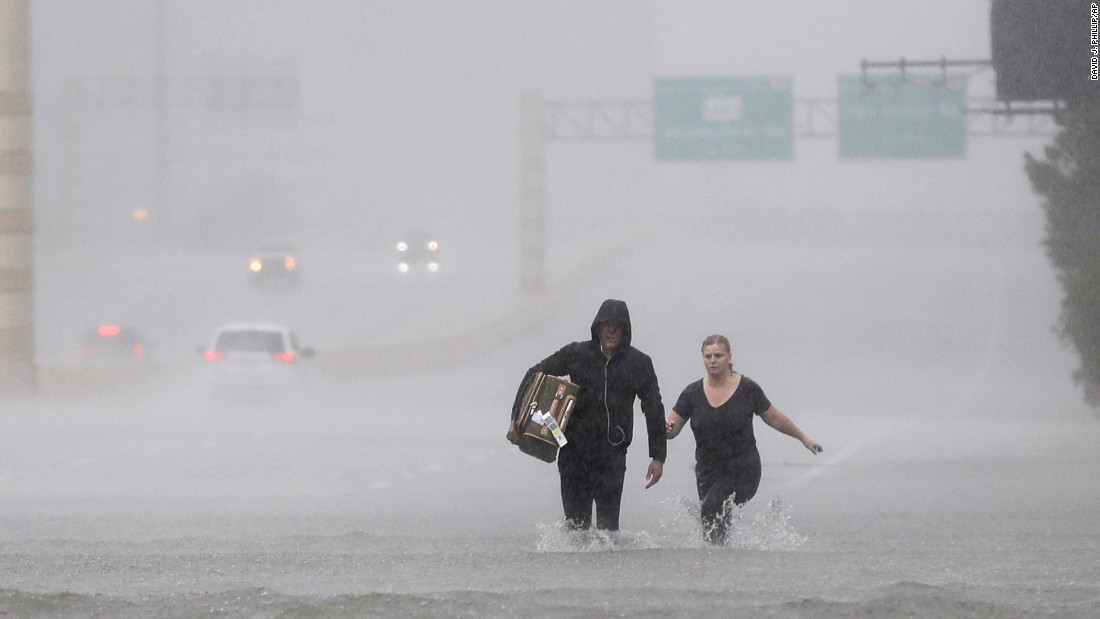 “It’s just hard to get help here,” Shull said. “Nobody’s rescuing. Nobody’s here to help.”
The Shulls are just one of the countless Texas families trapped in their homes by the aftermath of Tropical Storm Harvey and desperately waiting to be rescued amid rising water.
Heavy rains and flooding have made many roads around Houston impassable, and 911 services have been overwhelmed by calls for help.
Houston Mayor Sylvester Turner told residents Sunday night that 911 operators would “give preference to life-threatening calls.” The Houston Police advised residents to call other numbers for non-urgent rescue requests.

An axe to the roof

That guidance has meant that residents trapped in flooded homes have had to wait hours for help in increasingly desperate situations.
Ify Echetebu, in the Houston suburb of Dickinson, said water was up to her waist on the first floor of a home where 11 people were staying. They fled up to the second floor and scrambled to figure out a solution to getting out safely.
“You see police … and everything coming by on boats, but they’re rescuing the emergency cases first, and 911 says do not contact them,” Echetebu said.
Other residents took their fate into their own hands. At one Dickinson home, residents used an axe to cut a hole in the roof to get to higher ground.

That type of escape was not possible at the La Vita Bella assisted living facility in Dickinson.
Kim McIntosh told CNN that her mother Trudy Lampson, the owner of the facility, found the elderly residents dealing with several feet of water Sunday throughout the flooded building.

Lampson called for a rescue, but was told that first responders were unable to help immediately.
“They were basically told no one was coming because they couldn’t reach them,” McIntosh said. “They might be put on a list, and that was it.”
Lampson had sent her daughter photos of the residents, some of them in wheelchairs, waist-deep in water. So McIntosh posted them to Twitter
“That’s when we decided to go ahead and tweet the photos, because we were afraid she wasn’t going to get any help,” McIntosh said.
Soon after the National Guard arrived in trucks Sunday and rescued the residents, she said.

Javier Garcia and his father have been stranded in their home in Harris County, Texas, with water rising all around them. Garcia’s father has diabetes and dementia and can’t walk, so they need help.
Garcia called 911 twice on Sunday, but emergency crews were too busy to help, he said. After eight hours, he called again. He saw the water rising and was worried for his father, he said.
“I was scared,” Garcia told CNN Monday afternoon. He said his father relies on a breathing instrument, but their electricity has been out since Sunday afternoon.
So with water seeping into the house, Garcia put blocks under his father’s bed to lift him higher. And he waited.
“I really feel so sad, because I can’t understand why the help (doesn’t) come in,” he said.