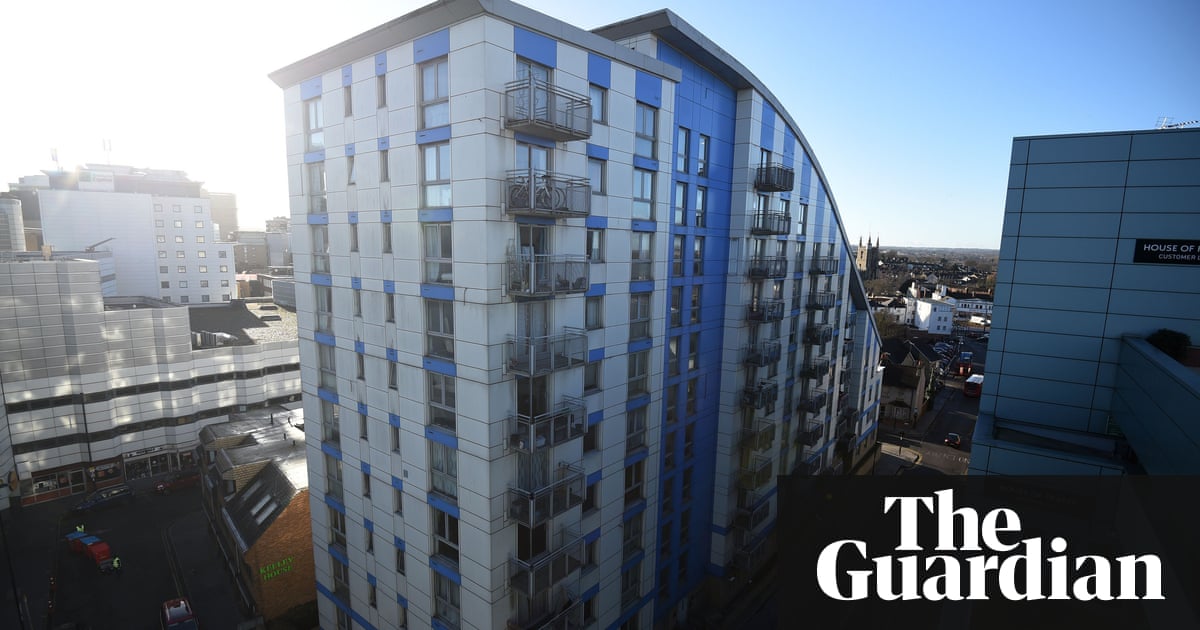 Leaseholders in an apartment block covered in Grenfell-style cladding have been ordered to pay £500,000 to make their building safe after a tribunal ruled that they, rather than the management company, were obliged to cover the costs.

The ruling, which could be challenged, means leaseholders of the 95-apartment Citiscape complex in Croydon, south London, may face a £2m bill, which some have said would force them into financial ruin.

The building is owned by the family trust of the multimillionaire property mogul Vincent Tchenguiz, but the case was brought by FirstPort Property Services property management company, seeking clarification on who should pay.

Soon after the Grenfell Tower fire it was estimated that the cost of replacing the combustible cladding was about £500,000, but it later received estimates that the cost could be up to £2.4m.

Leaseholders had insisted that replacing the cladding should not be added to their service charge as it was not a matter of disrepair “because the cladding remains as designed and constructed”, and it did not fall under “periodical expenditure”.

One resident, Richard Low-Foon, told the tribunal he needed “a miracle” to fund the works as his father was ill and could not sell his flat because of the risk the building carried for any future investor. “He is in hospital because of all this. It got too much for him,” he said.

However, the chairman of the London residential property first tier tribunal, Angus Andrew, ruled against the leaseholders, insisting they should pay because “if the manager is obliged to do work … the tenants are obliged to contribute to the cost although they remain entitled to dispute the reasonableness of the cost”.

The ruling will be closely watched by thousands of other leaseholders in at least 130 private apartment complexes in England that failed cladding tests after the fatal fire in June.

Other disputes are simmering between leaseholders and freeholders over who should pay. At the New Capital Quay development in Greenwich, by Galliard Homes, the recladding cost is estimated at £40m for just over 1,000 homes.

Alex Blanc, 37, a charity fundraiser who owns a two-bedroom flat in the Citiscape complex, said the ruling was unfair. “It’s a let-down,” she said. “This is something we are not responsible for and now we are having to pay for it.”

The tribunal chairman suggested residents may have claims against other parties involved, including the government. Andrew listed the cladding manufacturer, “if warranties were given as to its suitability”, and Barratt Homes, which built the blocks in 2001, “if they were negligent as to the selection and installation of the cladding”.

He said leaseholders could mount legal challenges against the London borough of Croydon “if there were errors in certification process”. That was a reference to the fact that many of the buildings, including Grenfell, were signed off by council building inspectors as compliant with building regulations.

Andrew also said leaseholders could challenge central government “if the building regulations were not fit for purpose”.

But he added that no claims could reasonably commence until Sir Martin Moore-Bick’s public inquiry into the causes of the Grenfell fire had reported, which was unlikely to be until 2019. He warned that tenants could “find themselves mired in litigation for many years, during which time their flats would be effectively unsaleable”.

A spokesperson for First Port said: “We brought this case before the tribunal not in conflict with residents, but to receive an independent judgment on the most appropriate way to ensure their safety in the long term.

“As the property manager, we will continue to support everyone at Citiscape and work to minimise the costs of recladding, while putting residents’ safety first at all times.

“We will continue to work with all parties to provide further assistance to residents, but we must begin these essential safety works.”

Steve Reed, MP for Croydon North, said: “The tribunal’s decision is the first time a judicial body has opened the door to a legal challenge to the government over the flawed fire safety rules that allowed flammable cladding to go up on Grenfell and hundreds of other blocks across the country.

“The government has consistently claimed the flammable cladding on Grenfell did not comply with the rules, but last week we saw a certificate authorising a similar material that was signed by the government’s chief advisor on the fire safety of buildings.