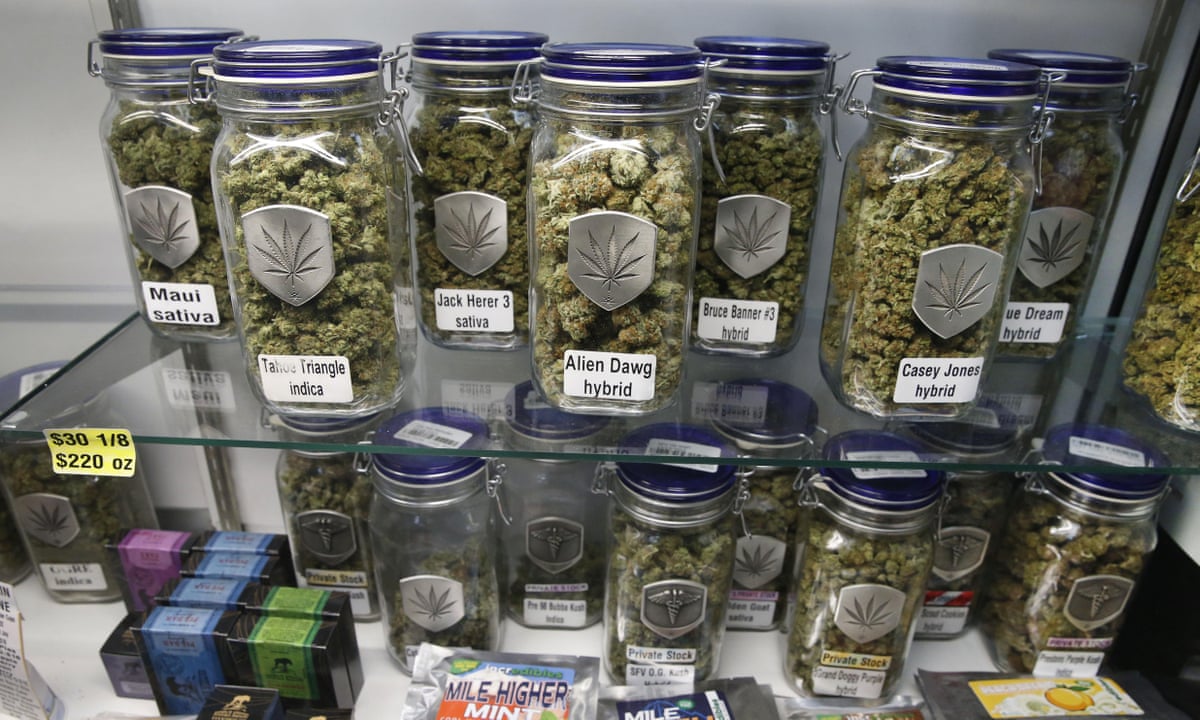 Marijuana-related emergency department visits by tourists in Colorado have doubled since the legalization of cannabis, and hospitals have reported an increase in out-of-state patients suffering from anxiety and paranoia after consuming pot, according to health officials and a new study.

The rates for Colorado residents, however, remained roughly the same during that period, according to a new study published on Thursday in the New England Journal of Medicine.

The kinds of things people are showing up with range from really severe anxiety and paranoia, which can really increase heart rate to people who have an injury because they fell down when they were using marijuana, said Mike Van Dyke, a co-author of the study and branch chief for environmental epidemiology at the Colorado department of public health and environment. There are people who are really concerned that they are going to die, frankly.

There are, however, a number of limitations to the study, which looked at marijuana tourism and hospitalizations in 2014, the first year of legal cannabis retail sales, and cannabis advocates cautioned against serious public health concerns, pointing out that alcohol remains significantly more dangerous than pot.

The researchers found that for out-of-state patients, emergency visits connected to marijuana jumped at the University of Colorado hospital in Aurora to 168 per 10,000 in 2014 from 85 in 2013. For Coloradans, the rate at that hospital was consistent with 112 per 10,000 visits in 2014 and 106 the previous year.

The data refers to hospital visits in which doctors noted marijuana use, meaning pot may have not been the direct cause of the visit.

But Howard Kim, lead author of the study and an emergency medicine physician at Northwestern University, said that hospitals in Colorado were increasingly seeing emergency room patients with a range of symptoms traced back to marijuana use. The most common, he said, are anxiety, agitation, fast heart rate, high blood pressure, nausea and vomiting.

The vast majority of people who use marijuana do not end up in the emergency room, Kim said. ERs are not being overwhelmed but the rate is increasing.

Researchers hypothesize that the problems may be more severe for out-of-state residents because they have had less experience with edibles and because they are on vacation and thus consuming higher quantities.

Whether youre drinking alcohol or using marijuana, people on vacation have a tendency to overdo it more than people who are going to work the next day, Van Dyke said, adding, There are a lot of people that have never really used edibles before.

Since Colorado legalized pot for adults, the marijuana tourism industry has boomed with tours, clubs, hotels, events and other attractions centered around pot and with sales reaching nearly $1bn last year.

Health officials are using the studys findings to push for more educational materials at pot shops and slogans like start low and go slow for pot brownies.

We want to make sure that people coming to Colorado are safe, said Van Dyke.

Mason Tvert, director of communications for the Marijuana Policy Project who helped lead Colorados legalization campaign in 2012, argued that the studys data was not detailed enough to discern whether marijuana was actually the cause of the visits.

Tvert provided data showing that the number of health calls related to marijuana are relatively low compared with other issues.

Tvert also noted that some tourists may not be accustomed to the higher altitudes in Colorado, which could affect the disparity in ER rates.

I would be fairly confident in saying that the number of people who find themselves in the emergency room for something that is truly marijuana-related is fewer in a year than those who are there for alcohol in a week.