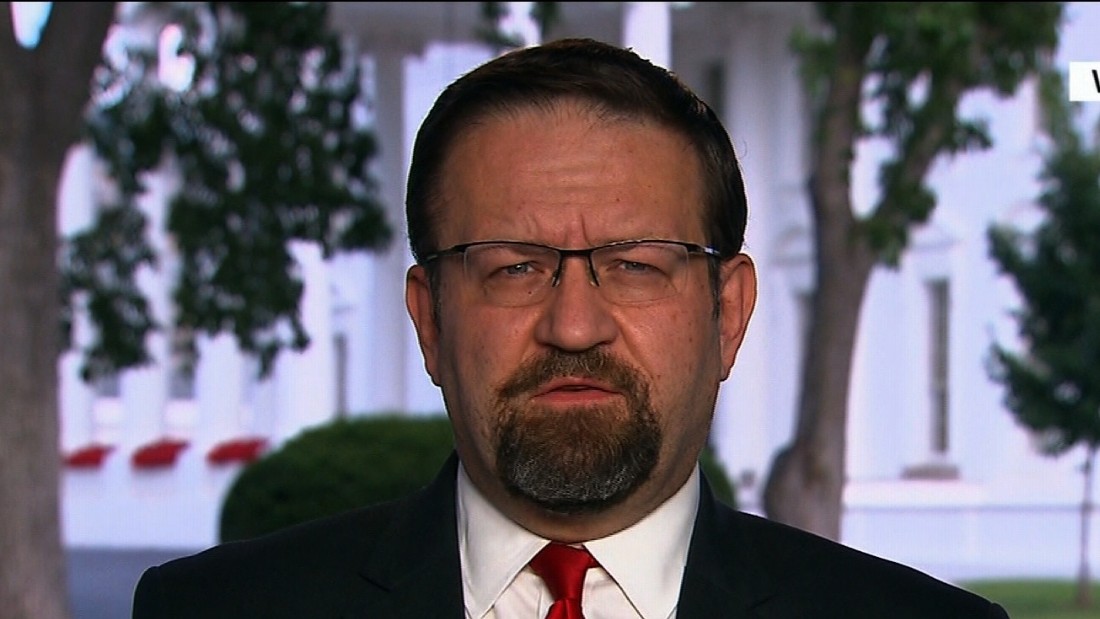 (CNN)As the White House warned that Syria could possibly be preparing for another chemical weapons attack, and that Syrian President Bashar al-Assad could face a “heavy price” if one is carried out, a top adviser to President Donald Trump issued a stern warning Tuesday night: “I wouldn’t test Donald J. Trump.”

“What would you do in his position if the most powerful nation in the world demonstrated to you that we can see what you are doing?” he said. “Wouldn’t you think again about actually executing on that decision? I know I would. I wouldn’t test Donald J. Trump.”
Asked by Burnett if that meant Syria would pull back, Gorka answered, “I think if we’re talking about rational actors, if we’re talking about an intact command and control chain, then yes, the reasonable decision would be to not test the resolve of the President.”
Russia responded to the US warning by saying that any threats posed to the “legitimate leadership” of Syria were “unacceptable.” Gorka said he did not take the remarks as a threat from Moscow, and downplayed concerns that the issue could put the United States on a collision course with Russia.
“We are not interested in going to war with Russia,” he said. “We are here to protect the United States and its citizens to make sure that weapons of mass destruction are not used against civilians or do not spread into the hands of non-state actors. The fact is we are in Syria to destroy ISIS. But we will take whatever measure is necessary to make sure chemical weapons are not used and that our partners are not affected.”
Gorka also dismissed new video of Assad, accompanied by Russian military commanders, getting into the cockpit of a Russian warplane after the Trump administration’s warning as nothing more than “cheap theater” and a “desperate measure,” adding that “it does not worry this White House.”