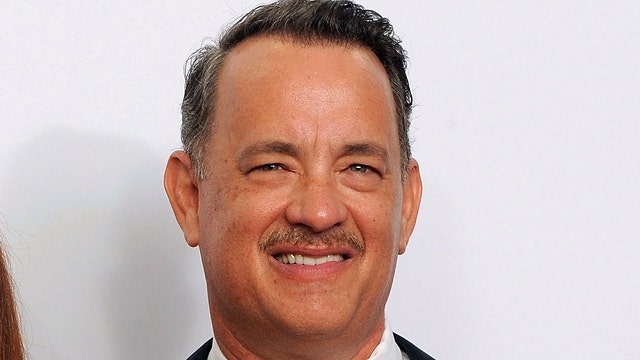 Tom Hanks has admitted he was a total idiot for eating an unhealthy diet when he was younger, which he blames for his diabetes diagnosis.

The Oscar-winning actor, 59, revealed in 2013 that he had been diagnosed with Type 2 diabetes.

He told the Radio Times: Im part of the lazy American generation that has blindly kept dancing through the party and now finds ourselves with a malady.

I was heavy. Youve seen me in movies, you know what I looked like. I was a total idiot.

I thought I could avoid it by removing the buns from my cheeseburgers. Well, it takes a little bit more than that.

However, Hanks is hopeful that he can beat the disease.

My doctor says if I can hit a target weight, I will not have Type 2 diabetes any more, he said.

The actor became a father at 21 and said that starting a family at such an early age meant that he never became a s–tfaced artist.

Hanks, now a father-of-four, said: Im lucky. I was in charge of offspring at a very early age, so I didnt have the luxury of being able to get stoned a lot.

And I never drank too much. I was never what I call a s–tfaced artist. The actor said he doesnt regret that because he didnt think it was fun to be intoxicated or stoned.

I thought it was more fun just to be seeing what was going on. I did my share, but it didnt become a habit, he said.

This article first appeared on News.com.au