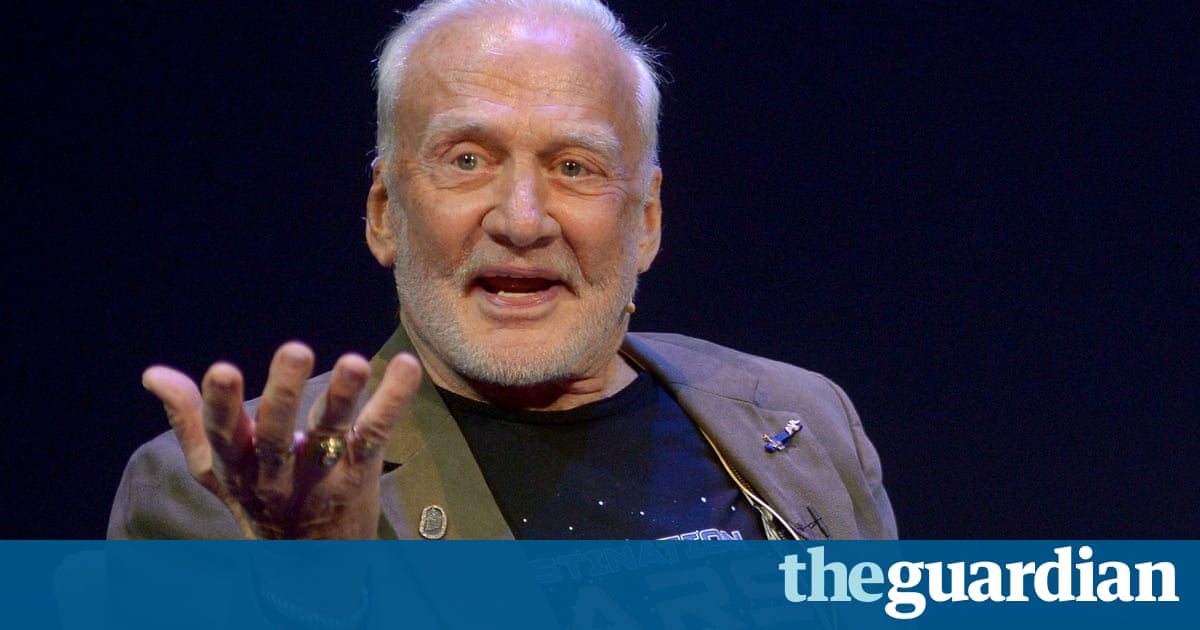 Nasa should aim to reach an important milestone on the way to Mars during Donald Trumps presidency, astronaut Buzz Aldrin told a conference on Tuesday.

Trump spoke of being ready to unlock the mysteries of space in his inaugural address and last month signed a Nasa funding bill containing the most comprehensive language yet in support of Mars exploration, setting a target of 2033 for a manned mission.

Aldrin, who recently met the vice-president, Mike Pence, at the White House, declared at the Humans to Mars Summit in Washington: I think we can all say with confidence that we are closer to Mars today than we have ever been.

The second man to walk on the moon laid out his longstanding vision of cycler spacecraft that, by 2039 or earlier, could carry astronauts on the three-month trip to Mars every two years. This commute, based on gravity-assisted trajectories and with refuelling done in Earth orbit, would be more cost-efficient than launching rockets from Earth every time, he argued.

Evidently aware of political imperatives, Aldrin suggested that one of the cyclers could be designed and tested before the first term of the president is out.

He told delegates at George Washington University: I think we can send a very early version to an asteroid. They dont get back until after the election of 2020, but at least there is an achievement of sorts that can be demonstrated.

Eventually, the cyclers could send people to Mars to build a permanent settlement. We will be achieving continued occupation on Mars with international crews and this will require a presidential commitment, said Aldrin. I believe this nation within two decades will lead international crews to Mars to occupy; not to visit and come back and leave it empty, but to occupy before coming back.

Although grand ambitions of reaching Mars first may seem to chime with Trumps brand of nationalism and conjure images of the stars and stripes being planted on the red planet, Aldrin and other experts agree it must involve international cooperation.

A US-led coalition would include Europe, Russia, India, Japan and China, as well as emerging space nations the United Arab Emirates, South Korea and Saudi Arabia, Aldrin added. We can afford to go to Mars but we must have fiscal discipline. We must focus our limited resources on only those things that are really necessary to get to Mars. In my view, we are currently spending over $6bn on programmes we do not need to get to Mars. We need reusability, every element of the system.

Aldrin began and ended his speech with the phrases No flags or footprints this time and Get your ass to Mars! the latter a quote from the 1990 sci-fi film Total Recall. But his plan would require a massive concentration of money to build technologies and vehicles that do not yet exist.

Nasa is currently building its most powerful ever rocket, the Space Launch System, due for test flight in 2019. The agency is aiming for a 2033 launch of a crewed mission to orbit but not land on Mars. Similarly, the Apollo missions of half a century ago circled the moon before Apollo 11 allowed Aldrin and Neil Armstrong to walk on the lunar surface.

Aware of how John F Kennedys presidency is still associated with his vision of putting a man on the moon by the end of the 1960s, Trump may be alive to the political symbolism of pushing back frontiers in space. Hes much more proactive, said Jeff Bingham, a space industry veteran and retired US Senate staffer. His comments are more positive than the last administration.

Last month, during a video call with an astronaut aboard the International Space Station, Trump raised the issue of sending humans to Mars and said: Well, we want to try and do it during my first term or, at worst, during my second term, so well have to speed that up a little bit, OK?