This is such an amazing achievement! Congrats, Timbaland!

The music mogul surprised everyone to start off 2020 with an incredible story: he has overcome his addiction troubles and lost more than 130 pounds on his way to a complete transformation of body, mind, and soul! So incredible!!!

The long-time music biz exec and sometimes performer, born Timothy Mosley, Timbaland is the star of the new January/February 2020 issue of Men’s Health. And along with it, he’s sharing an incredible tale of redemption and hard work.

In the cover story, the 47-year-old opened up about his previous addiction to painkillers, too, which worked in tandem with poor diet and lack of exercise to get his body all out of whack. He explained more about the lowest lows in his life:

“I had to get whipped, because I didn’t appreciate anything. [The painkillers] put me in a great feeling of not caring, of just being free. I’m like traveling, doing shows, popping ’em, having fun, just being ignorant.”

What started as an addiction all the way back in 2011 unfortunately really blossomed in the decade to follow, and the painkiller reliance only got worse as the music producer got divorced and experienced money troubles.

But then one day — in the middle of a dream, no less — the Apologize performer was snapped back to reality with an awakening about his way of life. He explained:

“I had a dream that death was near. I saw myself with a white face. It’s like a bright light going on in your brain. That’s how you know what true love really is.”

After his near-death dream, Timbaland knew immediately it was time to make some changes. Motivated by the future of his children to finally get healthy and work back towards financial freedom, the hitmaker’s redemption story began to unfold.

He started by getting rid of his oversized mansion, then dumped the painkillers down the toilet and worked to get back on track emotionally with his nearly-estranged family.

As the musician explained:

“I had to downsize, get all that superstar stuff out of the way. The divorce at the beginning was very messy, but now we are good friends. [Withdrawal from the painkillers] was one of the toughest things. The only things that got me through it were my kids, my girl, the help of God keeping my mind still … But this was the path chosen for me. God was rebuilding my character.”

He shared a little bit about the transformation he’s made in the last few months, as you can see here:

There will just come a point where your goal will be greater than the moments as my trainer taught me. It’s now a lifestyle for me

And you can watch (below) as Timbaland explains how he got super-serious about what he eats — and what it’s done for his nearly 50-year-old body!

That’s so awesome, and he is JACKED now!!! 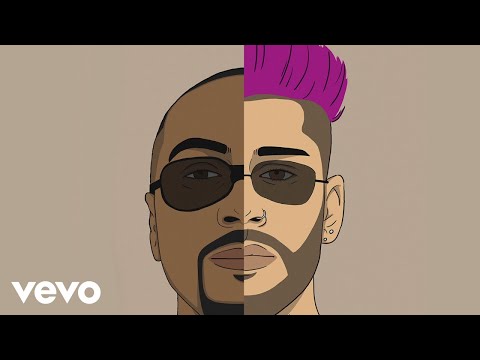