We really appreciate the effort made by Americans, says one protester, as city braces for another weekend of protest 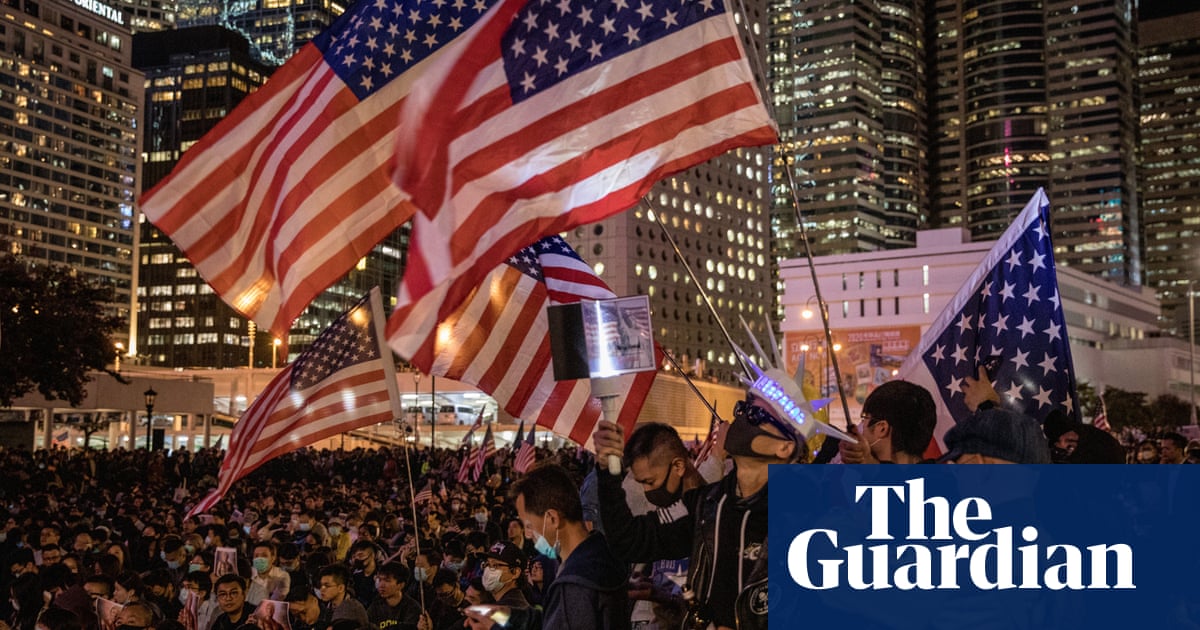 Thousands of protesters in Hong Kong, some draped in American flags, have staged a “Thanksgiving” rally in the heart of the city after the approval by Donald Trump of human rights legislation aimed at protecting them.

“The rationale for us having this rally is to show our gratitude and thank the US Congress and also president Trump for passing the bill,” said 23-year-old Sunny Cheung, a member of the student group that lobbied for the legislation.

“We are really grateful about that and we really appreciate the effort made by Americans who support Hong Kong, who stand with Hong Kong, who do not choose to side with Beijing,” he said, urging other countries to pass similar legislation.

The law requires the state department to certify, at least annually, that Hong Kong is autonomous enough to justify favourable US trading terms that have helped it become a world financial centre. It also threatens sanctions for human rights violations.

Organisers of the rally put together a list of possible officials to sanction, including Hong Kong’s leader, chief executive Carrie Lam Cheng, former police chiefs Andy Tsang and Stephen Lo, the heads of the Chinese liaison office Wang Zhimin and secretary for justice Teresa Cheng who has alleged she was attacked and injured by protesters in London.

Hong Kong has faced almost six months of intense political unrest over the growing influence of Beijing in the former British colony, meant to enjoy a “high degree of autonomy” under the terms of its 1997 handover to China.

The conflict, which reached a peak in the last few weeks during a police siege of a university, has worsened already tense ties between the China and the US, which Beijing claims has had a “black hand” in instigating the anti-government protests.

The Chinese foreign ministry has said the US would shoulder the consequences of China’s countermeasures if it continued to “act arbitrarily” in regards to Hong Kong.

China is considering barring the drafters of the legislation, whose US Senate sponsor is Florida Republican Marco Rubio, from entering mainland China as well as Hong Kong and Macau, Hu Xijin, the editor of China’s Global Times tabloid, said on Twitter.