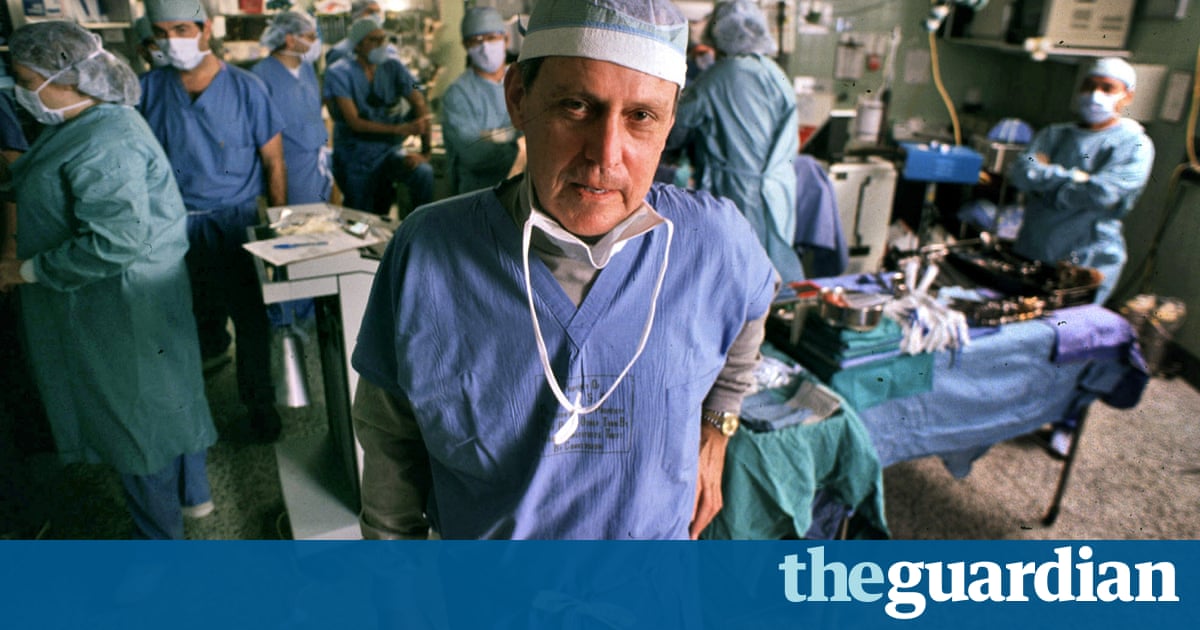 Thomas Starzl, who performed the first liver transplant and was the driving force behind the worlds first baboon-to-human liver transplants and research on anti-rejection drugs, has died. He was 90.

The University of Pittsburgh, speaking on behalf of Starzls family, said the renowned doctor died peacefully on Saturday at his home in Pittsburgh.

Those who knew him said his work lives on not just in the lives of those saved by organ transplants, but in the development of drugs to broaden the source of organs to include animal-to-human transplants.

Since Starzls first successful liver transplant thousands of lives have been saved by similar operations. In 1992, a man lived 70 days with a baboons liver stitched into him, an operation made possible by Starzls research into alternatives to scarce human livers. A second baboon-liver patient lived for 25 days.

Starzl joined the University of Pittsburgh School of Medicine in 1981 as professor of surgery, where his studies on the anti-rejection drug cyclosporin transformed transplantation from an experimental procedure into one that gave patients a hope they could survive an otherwise fatal organ failure.

It was Starzls development of cyclosporin in combination with steroids that offered a solution to organ rejection. Starzl began the cyclosporin trials in Denver, but moved them to Pittsburgh when the University of Colorado phased out its liver transplant program.

Until 1991, Starzl served as chief of transplant services at UPMC, then was named director of the University of Pittsburgh Transplantation Institute, where he continued research on a process he called chimerism, based on a 1992 paper he wrote on the controversial theory that new organs and old bodies learn to co-exist without immunosupression drugs.

The institute was renamed in Starzls honor in 1996, and he continued as its director.

In his 1992 autobiography, The Puzzle People: Memoirs of a Transplant Surgeon, Starzl said he actually hated performing surgery and was sickened with fear each time he prepared for an operation.

I was striving for liberation my whole life, he said in an interview.

Starzl once said his career-long interest in research rather than private practice began with a liver operation he assisted on while a resident at Johns Hopkins Hospital in Baltimore. After the surgery to redirect blood flow around the liver, he noticed the patients sugar diabetes also had improved.

Thinking he had found the cause of diabetes to be in the liver rather than the pancreas, he designed experiments in 1956 with dogs to prove his discovery. He was wrong, but had started on the path that would lead to the first human liver transplants at the University of Colorado in Denver seven years later.

In September 1990, at age 65, Starzl put away his scalpel for good, soon after the death of a famous young patient: a 14-year-old girl from White Settlement, Texas, named Stormie Jones. Starzl also underwent a heart bypass operation in 1990 and suffered lingering vision problems from a laser accident five years earlier.

Stormie lived six years after a combination heart-liver transplant at age eight, but needed a second liver in 1990 and died within nine months. Her death affected Starzl greatly.

It is true that transplant surgeons saved patients, but the patients rescued us in turn and gave meaning to what we did, or tried to, he wrote.