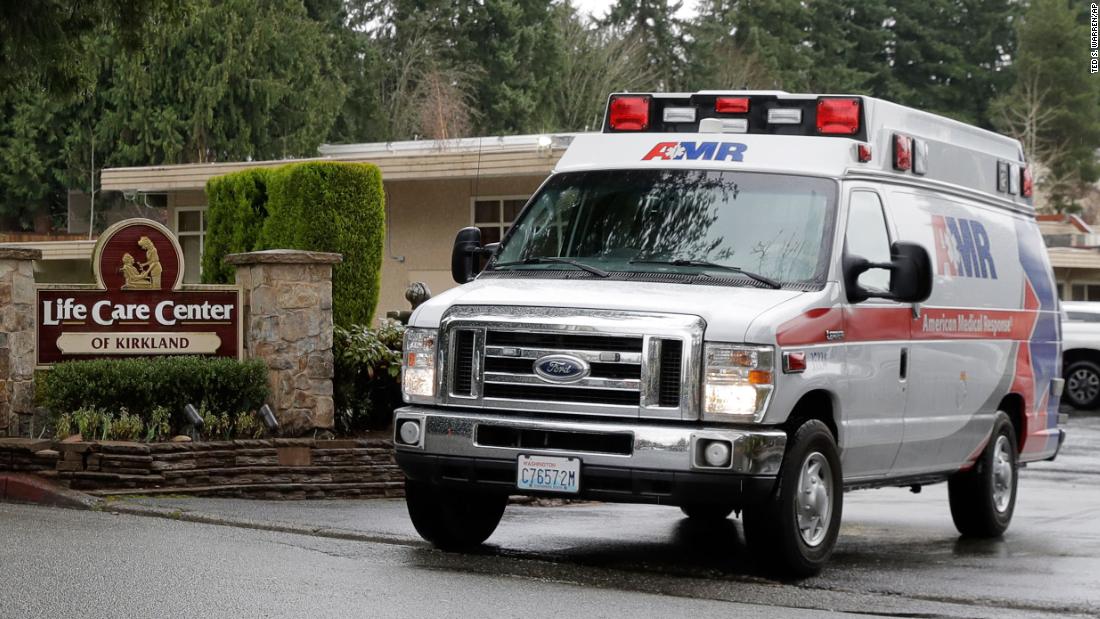 (CNN)When first responders reported last week to a hard-hit nursing home in Washington state, the epicenter of the nation’s coronavirus outbreak, they found an understaffed facility with inadequate gear attempting to serve dozens of patients vulnerable to catching the virus.

First responders were concerned that staff members were not wearing appropriate personal protective equipment to handle the high number of patients with probable coronavirus. They also arrived to the facility to find employees using positive pressure bag valve masks to ventilate potential coronavirus patients — even though firefighters have been told not to use such masks, as they can disperse more particulate into the air, the responder said.
The children and other relatives of patients in the facility have been attempting to sound the alarm about conditions in the facility for weeks. 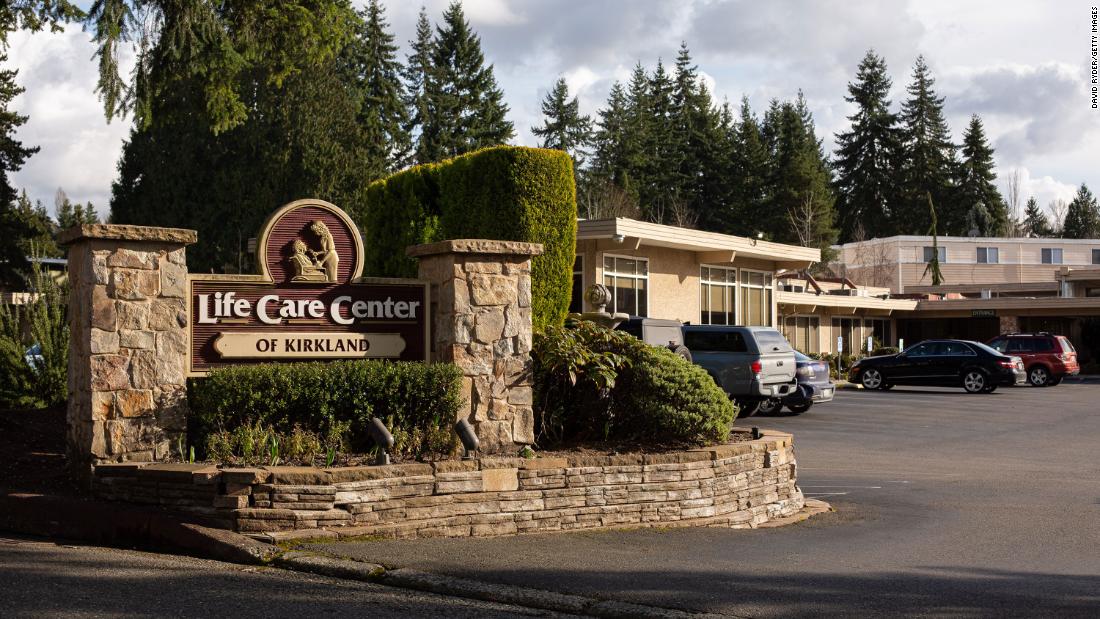 A spokeswoman for the city of Kirkland told CNN that “our firefighters are taking direction from King County Emergency Medical Services regarding the personal protective equipment. At this time we have been told to continue providing respiratory support including positive pressure bag valve masks.”
CNN has reached out to the county medical services officials, Public Health Seattle-King County and the Washington state Department of Health for reaction.
CNN has also sought comment from representatives of Life Care Center and the CDC — both of which so far have not responded. A spokesperson for the Life Care Center said during a news conference Saturday that the CDC has now provided it with extra nurses, practitioners and doctors.
State governments are working to contain the spread of the novel coronavirus in the US, as federal officials say more testing for the illness will likely see the number of known cases increase. As of Saturday night, there were at least 19 deaths in the United States — at least 14 of them tied to the Life Care Center in Kirkland alone, according to a Seattle and King County Public Health news release.
Two new coronavirus deaths out of 16 total recorded in the state are linked to the facility, according to the release. A man in his 70s, who was a resident at the care home, died on March 2, while a woman in her 80s, who was also a Life Care resident, died on March 5, officials said.
While staff are caring for patients to the best of their ability, “we cannot make any promise that exposure, further exposure, within the facility is not happening,” said Tim Killian, a spokesman for Life Care Center of Kirkland.
Some Life Care Center residents have gone from no symptoms to acute symptoms within an hour, Killian said.
“We’ve had patients die relatively quickly under those circumstances,” he said.
Killian told reporters during a Saturday briefing that 70 employees are showing coronavirus symptoms. Those employees have been asked not to return to work.
As of February 19, the facility employed 180 staff members and housed 120 residents. Fifty-four residents have since been transferred to various hospitals, Killian said, and all residents at the facility are confined to their rooms.

On Thursday, the facility received 45 coronavirus tests, the results of which are still pending, he said.
Life Care Center of Kirkland said in a statement later Saturday that they had received additional testing kits from the Washington State Department of Health and are now able to test all remaining residents in their facility. The tests are currently being administered, according to the facility’s statement.
While the Trump administration — through a response effort led by Vice President Mike Pence and a White House task force — has sought to assure the American public, officials have still not explained why the federal government has been so slow to distribute testing kits in bulk and has dragged its feet on removing restrictions for who can conduct diagnosis.
Health officials briefing the media at the White House Saturday afternoon could not say exactly how many people had been tested related to using the 5,861 tests conducted by the CDC and public health labs across the country. Various factors impact the number of people who can be tested, including the fact that most people receive at least two tests — swabs for the nose and the throat.
FDA Commissioner Dr. Stephen Hahn said Saturday that 1,583 patients have been tested by the CDC but that the government doesn’t know how many patients received tests from the 2,361 specimens collected by state and local labs.
Each day the number of tests is rising, and the numbers are soon expected to dramatically jump, he said.
Federal officials say 2.1 million tests will be shipped out by Monday, with a further goal of 4 million tests to be shipped by the end of next week.