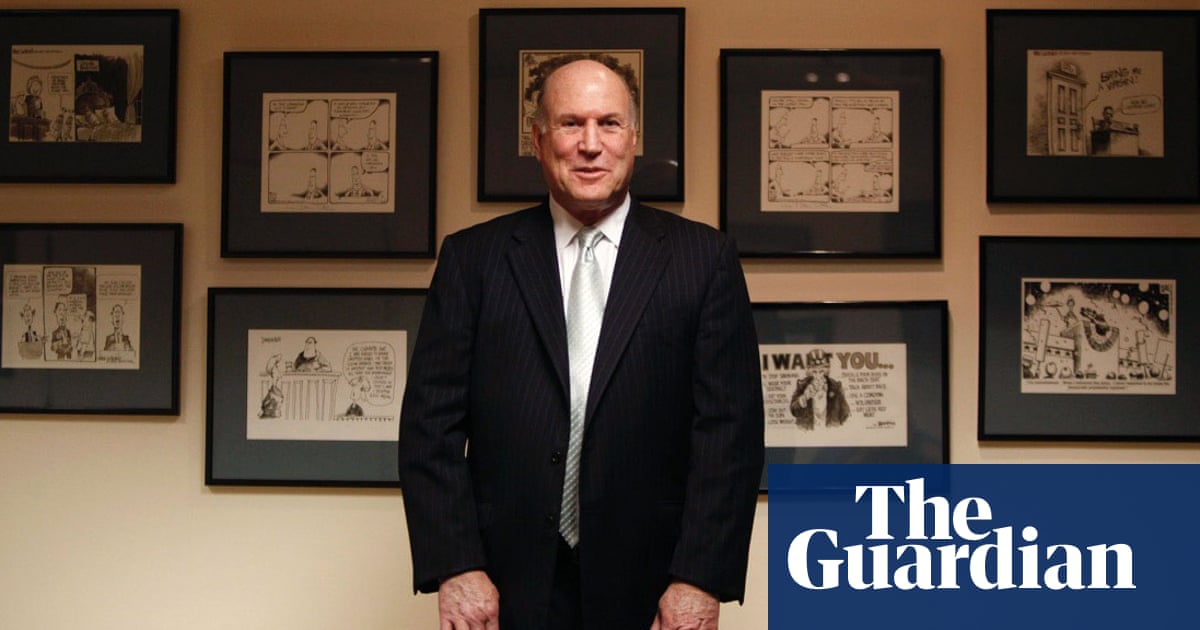 The food industry has a “weapon of mass destruction”. His name is Richard Berman. And he has his sights set on destroying the growing appetite for meatless burgers and plant-based meat substitutes.

Berman has form in this line of work. A longtime Washington DC lobbyist and PR strategist, he has advised – and tried to shield – some of America’s most powerful industries from criticism.

Berman has waged campaigns against animal welfare groups, labour unions and even Mothers Against Drunk Driving. His efforts earned him the title “Dr Evil” from his critics. He embraces the nicknames, displaying them prominently on his website.

Much of this work is enabled by funding from the industries under fire. His Center for Consumer Freedom, previously known as the Guest Choice Network, was started with a $600,000 donation from tobacco giant Philip Morris.

Berman’s modus operandi is to establish organizations (mostly not-for-profits) which are presented as neutral, independent thinktanks.

But Citizens for Responsibility and Ethics (Crew) – a DC-based pressure group which targets corporate money’s influence on politics – says of Berman’s not-for-profit organisations, “These groups present themselves as unbiased experts seeking to inform the public, in reality they are little more than front groups for Berman’s industry clients.”

Now, Berman is running a new campaign to educate the public about plant-based meat burgers, which have become rapidly popular in outlets like Burger King and Dunkin’ Donuts. Their increased popularity may have come in part from extensive media coverage and a current vogue for a more environmentally friendly, and potentially healthier, alternative to meat. Something that Berman is ready to take issue with.

“The rhetoric is ahead of the facts,” said Berman. “I’m not trying to say their stuff is going to kill you. What I am going to say is it is not healthier for you … These are not burgers or sausages or chicken strips that have been constructed with crushed celery.”

Berman recently took out full-page ads in the New York Times and Wall Street Journal to educate the public on “fake meat”. The latter even published an opinion piece by Berman, headlined, “Plant-based meat is all hat and no cattle”.

The new campaign criticizes plant-based meats for being “ultra-processed” and not living up to the health halo they benefit from. Berman’s comparisons are not subtle – the “CleanFoodFacts” website compares plant-based burgers to “dog food”.

But Berman is not the only one calling out some of the health claims made for meat substitutes – a growing number of researchers are pointing this out in academic journals, focusing on how plant-based meats are processed foods.

The burgers are, “of course ultra-processed”, said Carlos Monteiro, a prominent researcher of processed food at the University of São Paulo, Brazil. He said Impossible Foods and Beyond Meat burgers are made “with substances extracted from foods such as protein isolates” that are rearranged to, “resemble food”.

A recent editorial in the Journal of the American Medical Association (JAMA) said environmental claims in particular warranted “further studies” and “vigilance” to ensure the products are indeed better for human health.

Two very different kinds of veggie burgers are now available in the US market. Traditional big food companies like Gardein and MorningStar Farms have been selling veggie burgers for decades, and still control the majority of the market. They tend to be lower-calorie, and geared toward vegetarians.

Then there are new entrants, most prominently Impossible Foods and Beyond Beef.These companies propose a loftier goal than providing some vegetarian food options: they seek a total replacement of the cattle industry. The CEO of Impossible Foods recently told a New Yorker writer that his goal was to push the meat industry “into a death spiral”.