Emmanuel Macrons victory in the first round is a huge relief, because Le Pens chances of beating him are slim. But politics in France will never be the same 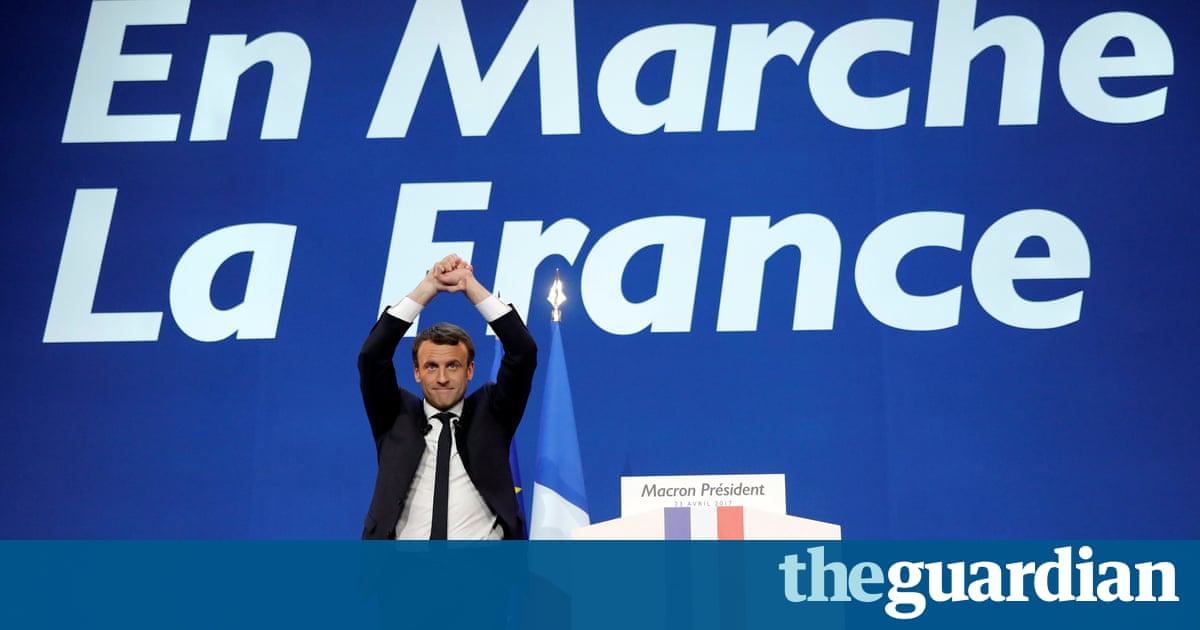 Emmanuel Macron will be almost certainly be the next French president. And the relief is immense. The much anticipated domino effect following the Brexit vote and Donald Trumps election has not, so far, materialised. And the European project has won at least for now. At Macrons headquarters in Paris, a euphoric crowd was waving French flags, as well as many European ones. Cest magnifique!, his supporters kept saying. Being in the second round is a huge achievement, being the frontrunner even more so.

Mathematically, it seems impossible for Marine Le Pen to win in two weeks time, on the 7 May. There is one simple reason: Le Pacte Rpublicain, under which all mainstream parties are now going to call for a vote for Macron, to block the leader of the Front National. Within an hour of the exit polls, Franois Fillon, the candidate for the conservative Les Rpublicains, who came third, had said he would vote for Emmanuel Macron. The socialist candidate, Benot Hamon, did the same, closely followed by the prime minister, the socialist Bernard Cazeneuve. The same strategy worked in 2002, when Jacques Chirac won a landslide victory against Marine Le Pens father, Jean-Marie. Jean-Luc Mlenchons failure to endorse Macron wont be enough to derail it.

This result is a relief but it also represents a shock not because of Marine Le Pens presence in the second round, which the polls prepared us for. But because the next president will come from neither of the two traditional main parties, the conservatives and socialists, the first time since the beginning of the fifth Republic, founded in 1958 by Charles de Gaulle.

Franois Fillon, who surprisingly won the conservative primaries last November, and was initially considered the frontrunner, has suffered badly as a result of allegations of corruption. He refused to stand down and even managed to make up some of his early losses, but not sufficiently to overcome Macron.

Benot Hamon scored nearly the worst result of any socialist presidential candidate in the history of the fifth Republic. With just 6% of the votes, he comes just ahead of Gaston Defferre who scored just 5.01% in 1969, against Charles de Gaulle. Hamons lack of charisma failed to convince the socialist electorate, already badly disappointed by the Hollande presidency.

And he has been eclipsed by the far-left candidate Jean-Luc Mlenchon, leader of the France Insoumise, who scored an amazing 19.5%. With a very astute and witty campaign, he attracted a lot of disenchanted, young voters on the left.

The main surprise, however, remains the extraordinary rise of Emmanuel Macron. Without any electoral history or even an official party, having only been an appointed finance minister for two years, this 39-year-old stands at the doors of the Elyse Palace.

He was the most-outspokenly pro-European candidate. He was also the one who led the most optimistic campaign. He has been accused of being a populist for the centre, of trying to please everyone. But he has managed to attract people who had never been interested in politics before.

The real work, the real battle begins in June, with the parliamentary elections. Macron will need to gather a big enough majority to be able to govern and this with a political movement that did not even exist one year ago. He has promised to field candidates in all 577 constituencies, with at least half of them new recruits to politics. It will be difficult, but on the evening of the first round, nothing looks impossible for this extraordinary candidate.