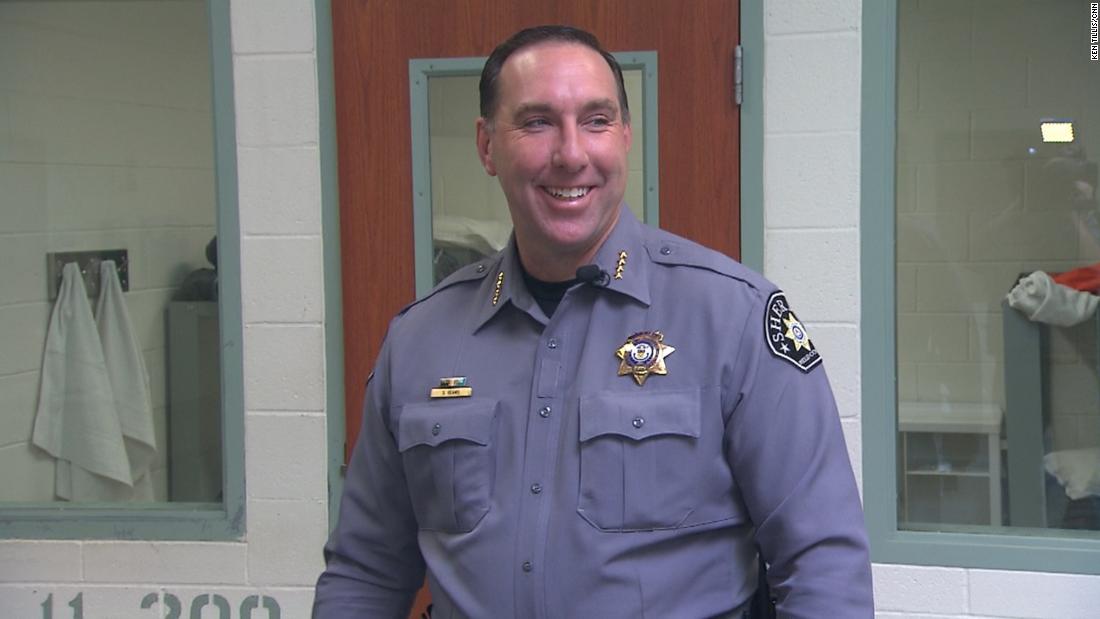 Denver (CNN)Weld County Sheriff Steve Reams disagrees so much with a gun bill making its way through the Colorado legislature that he’s willing to go to jail rather than enforce it.

He’s not the only one who feels so strongly.
The controversial “red flag” bill aims to seize guns temporarily from people who are deemed to be a threat to themselves or others. 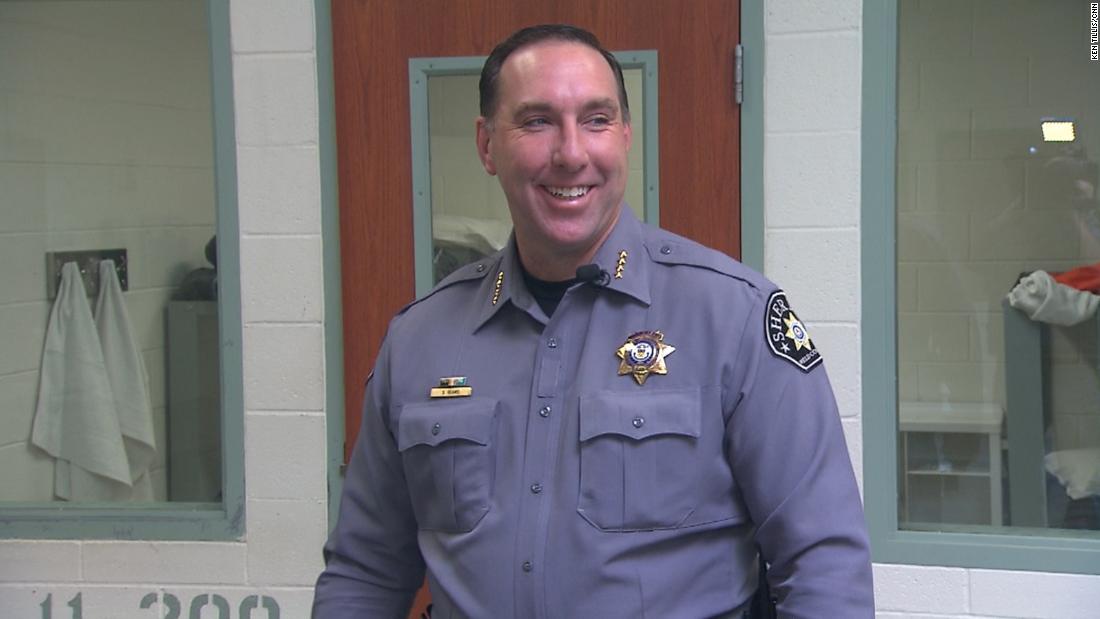 Colorado’s state Senate passed the bill Thursday by a single vote, without any Republican support, and the bill is expected to pass the House, possibly this week. With Democratic majorities in both chambers, state Republicans have too few votes to stand in the way.
But more than half of Colorado’s 64 counties officially oppose the bill. Many have even declared themselves Second Amendment “sanctuary” counties in protest.
Failure to enforce a court order to seize a person’s guns could mean sheriffs being found in contempt. A judge could fine them indefinitely, or even send them to jail to force them to comply.
Reams says it’s a sacrifice he’d be forced to make.

What is the bill?

Colorado’s “extreme risk protection order” bill would allow a family member, a roommate, or law enforcement to petition a judge to take someone’s firearms if they are deemed to be a danger to themselves or others.
The push for legislation followed the death of Zack Parrish, the 29-year-old Douglas County sheriff’s deputy killed in 2017 by a man with an arsenal of weapons who authorities said had a history of bizarre behavior, including threats to police. 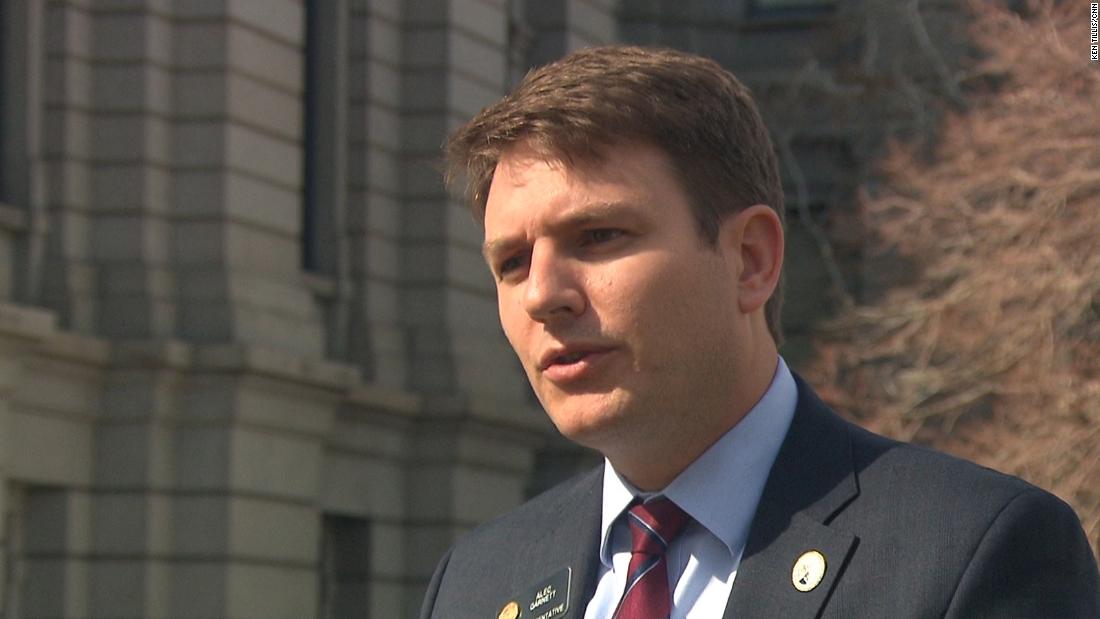 Parrish’s former boss, Sheriff Tony Spurlock, has been one of the most vocal advocates of the bill and says he believes it could have prevented Parrish’s death. Democratic House Majority Leader Alec Garnett, one of the bill’s primary sponsors, agrees.
The other House sponsor is Rep. Tom Sullivan, whose son, Alex, was killed in the Aurora, Colorado, movie theater shooting in 2012.
Garnett says he won’t lose any sleep if Reams or another Colorado sheriff opts for jail instead of enforcement of a court order.
“What I’m going to lose sleep over is, if that’s the choice that they make and someone loses their life, someone in crisis goes on a shooting spree, (or) someone commits suicide” because a gun wasn’t taken away, he said.

Gun rights activists, and an increasing number of law enforcement leaders, say the bill goes too far.
David Kopel, a constitutional law expert who has written extensively about gun policy in the United States, says he thinks the bill is generally a good idea but that he has serious reservations about how it is written — in part because of outside influence.
“The gun ban lobbies are getting more and more extreme and aggressive,” he said.
The bill allows a judge to order a person’s guns to be seized before the person has a chance to appear in court. The bill does require a second hearing with the gun owner present to be held within 14 days, where the owner could make a case to keep the weapons — but if the owner is unsuccessful, a judge could order the guns seized for as long as a year.
Kopel said it would be difficult to prevent a nightmare scenario in which someone misuses the law to take guns away from a person they intend to target violently.
The burden of proof is low — “preponderance of the evidence,” which is the same standard used in civil cases, and a much lower bar than the criminal standard, “beyond a reasonable doubt.”
Reams said he also worries about the potential to aggravate an already volatile person by taking their weapons.
“Going in and taking their guns and leaving the scene, I can’t see how that makes them less of a risk. It just takes one tool away,” said Reams, arguing that a person bent on hurting someone could do it with a knife or a car.
In 2018, a man near Baltimore was killed after officers showed up to seize his weapons based on a court order and “he became irate,” police said.
Garnett dismissed concerns about the bill.
“The opposition is always there. It will always be there and there’s nothing, there’s no amendments or any changes that could be made to bring the sheriff from Weld County onboard,” he said.
He’s right. Reams concedes he would still never support the bill, even with amendments.

A total of 32 counties have declared themselves Second Amendment sanctuary, or preservation, counties or passed similar resolutions. Most vow support for their sheriffs and state that no resources or money will be used to enforce unconstitutional laws. Another two counties already had similar resolutions on the books, and one other has sent a letter to the legislature declaring its opposition.
Even Douglas County, where Deputy Parrish was killed, passed a similar resolution pledging that no county resources would be used in the enforcement of the red flag law, despite Sheriff Spurlock’s support for the legislation.
“We’re putting a line in the sand for what we believe right now is support (for) constitutional laws,” said Douglas County Commissioner Roger Partridge at a contentious meeting in March.
“Why would you tell a law enforcement officer they could not enforce the law because you didn’t like it? That’s craziness,” said Spurlock.
“The idea of a sanctuary county is more of a political move than it is a legal move,” said John Campbell, a law professor at the University of Denver.
Campbell said he also believes there could be civil or even criminal liability for a defiant sheriff if they refuse to seize a weapon and that person goes on to commit a crime with it.

The bill wouldn’t officially come into force until next year, but El Paso County is planning to launch a legal challenge as soon as it is signed into law.
In a statement, Colorado Attorney General Phil Weiser said he is “confident that when and if the time comes, all law enforcement officials will follow the rule of law.”
But Reams is steadfast.
“I’ve explained that time and time again,” he said. “I’m not bluffing.”