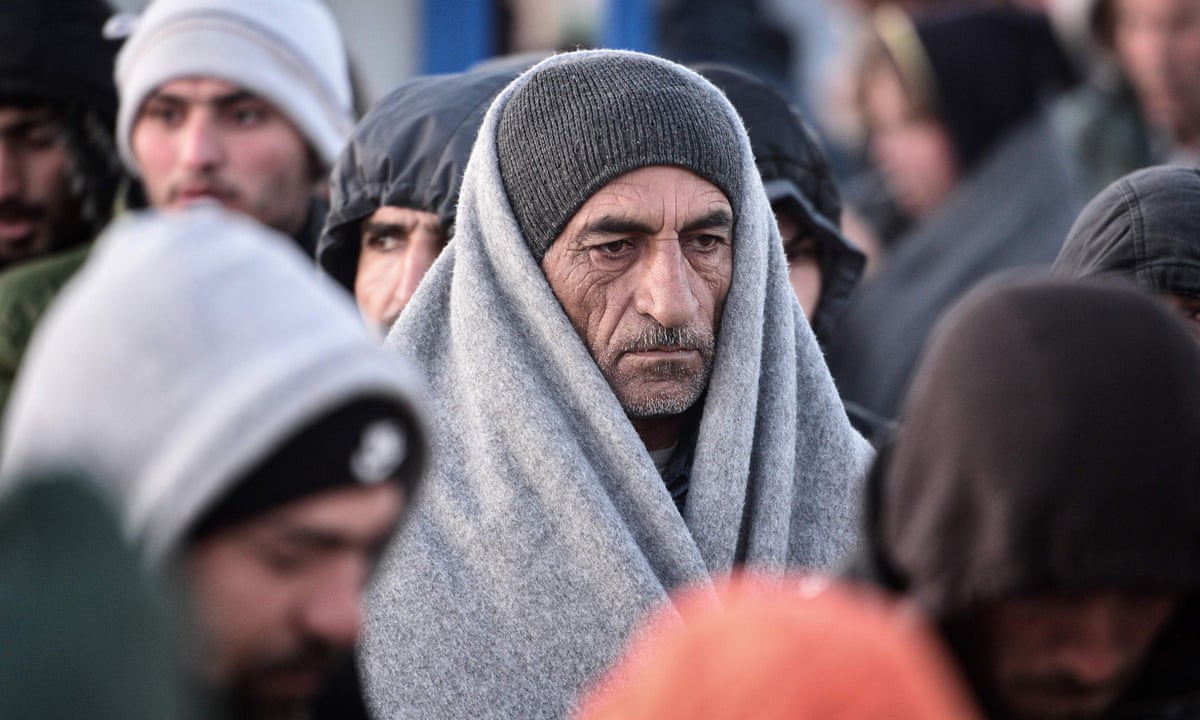 Sitting around the table in a small shop room, several women and men discuss plans for a Womens Day celebration. Children chatter in Turkish and Arabic. Bags stuffed with garments sit in a corner, childrens drawings hang in the windows.

Ok-Der, a neighbourhood association founded to inform residents about their rights to resist a planned urban renewal scheme, now mostly focuses on the needs of refugees who live in the area: food packages, clothes, assistance in navigating the healthcare and education systems. Volunteers also offer English and art classes for children.

None of the Syrian refugees and the volunteers around the table believes that they will benefit from the joint action plan that EU member states and Turkey will discuss on Monday. They know that the plan primarily aims to curb the refugee flow to Europe. Under it, the EU has pledged 3bn and political concessions to Turkey in exchange for increased border patrols and a crackdown on people smugglers.

That money is not for us, says Suhaila, 25, from Aleppo, the mother of two children. All they care about is how to keep us out of Europe.

About 2,500 people have reached Greece from Turkey every day since the deal was struck at a summit in Brussels last November and EU leaders are anxious to reduce that number before spring when more people are likely to attempt the perilous crossing over the Aegean Sea.

Turkey has about 2.6 million Syrian refugees, the largest such population in the world, and the EU wants them to remain there. European leaders, some of whom want to push the number of arrivals down to zero, have also urged for the possibility of sending people back to Turkey.

Human Rights Watch (HWR) called the plan flawed and potentially dangerous, and underlined that Turkey could not be considered a safe country of asylum.

Cem Terzi, a surgeon and head of a volunteer group that provides medical care, charity and home visits for refugees in Izmir, criticised the deal as too vague and unrealistic.

The only way to keep people from wanting to leave is sustainable social integration. There need to be jobs, education, housing and healthcare. But it is impossible for Turkey to provide this for almost 3 million people, he said. The EU needs swiftly to give a timeline and reliable numbers for the resettlement of refugees to EU states, or Turkey will turn into an open-air prison for desperate refugees.

Under pressure from the EU, Turkey has cracked down on people-smuggling networks, and local activists say that the change is evident in Izmir, where now even taxi drivers are afraid to carry refugees for fear of repercussions. But Terzi says many refugees have started to avoid smugglers altogether: People no longer need smugglers to reach the Turkish coast, to buy a rubber boat and to get to a Greek island.

Others have warned that a crackdown on smugglers will push desperate refugees to seek out more dangerous ways to reach Europe, and will push smuggling networks deeper underground, leaving the business in the hands of hardened criminal organisations.

The more the EU closes down one route, the greater the risk that more dangerous routes will emerge, and smugglers are smart, said Judith Sunderland, acting deputy director for the Europe and Central Asia division of Human Rights Watch. While it is good to build capacity in Turkey to assist Syrian refugees, resettlement to the EU needs to be massively ramped up.

Turkey has said that it will use EU money to build more schools and hospitals, but Istanbul volunteers fear that these projects will fall short of helping desperate refugee families in the Okmeydani neighbourhood.

These families come to us every day, because they need a home now, because they are hungry now, Nilgn Yildirim, head of Ok-Der, said. They have health problems today, not in a year, when there will maybe be a medical centre for them.

She added that many structural problems would not be addressed in the EUs plan, such as child labour. According to a 2015 report by the Turkish Confederation of Employer Associations (Tisk), more than 200,000 children work in Turkey, often for salaries far below the already meagre minimum wage.

According to HWR, 400,000 Syrian children are currently not going to school in Turkey, often because they are working, or because their families are unable to afford even simple school supplies. Lack of information and discrimination are other reasons.

There is a sharp drop between primary school and middle school, Songl Yarar, a board member, explains. There are 60 Syrian children enrolled in the local primary school, but only two or three in middle school. Those children are forced to work to support their families here.

In Okmeydani, many refugees work in unregistered textile workshops, six days a week, 12 hours a day, including Suhailas husband, who now earns TL450 (110) a week, after a recent salary rise. His Turkish colleagues make around TL600.

The EU has applauded Turkeys decision to allow registered Syrian refugees to apply for work permits. However, with a valid Syrian passport costing TL1,000, most families in Okmeydani cant afford to apply.

This is a poor neighbourhood, Yarar says. People already earn a very low wage. But refugees face even worse exploitation, and wages have dropped further. Often they are desperate to take any money offered to them.

She added that it has become difficult to find even a small, bad apartment and that rents in Okmeydani have tripled. Real estate agents often take advantage of vulnerable refugees, making them pay for non-existent fees.

Cemal, a 60-year-old Syrian Kurd from Aleppo, sells cigarettes in the street. On a good day, he earns TL45, forcing him to rely on the association and other neighbours in order to make ends meet. I have applied to many organisations, to Turkish organisations, to ask for help, he says. None of them gave me anything.

Nilgn Yildirim says that the doubts whether the money promised by the EU would ever trickle through to those refugees who live in low income neighbourhoods.

How will they make sure that all these families will benefit? What are the criteria? We worry that many will simply fall through the cracks.