Macbeth, Agamemnon, Caligula: history and literature heave with warnings for princelings like Donald Trump Jr who abuse their power and privilege 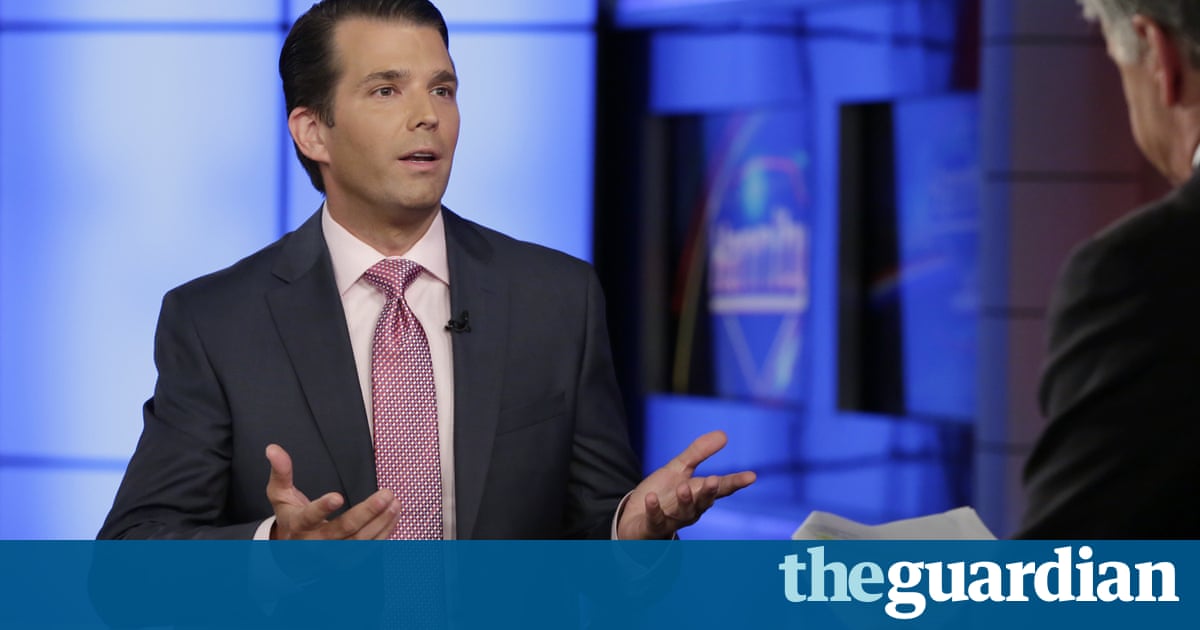 History and literature are littered with the bodies of princelings who were formerly convinced their privilege was actual divinity. Its this arrogant assumption that usually provokes extreme machinations by which they, eventually, learn humility.

Its no coincidence that this narrative has beenon my mind of late. Like so many, Ive spent this week watching the current American presidents son, Donald Jr, flub attempts to explain his role in the Russian plan to secure his fathers election.

During the presidential campaign, the 39-year-old son of the reality-TV-star-come-awkward-and-lonely-figure-at-the-G20 met with a Russian activist with Kremlin ties, expressly to discuss obtaining material that would damage his fathers Democratic opponent, Hillary Clinton.

The event of the meeting was revealed in a recent amendment made to a security disclosure by Juniors own sibling princeling brother-in-law, real estate heir and presidential advisor, Jared Kushner. Both attended, along with the presidents then campaign manager, Paul Manafort.

As Juniors story about the meeting has changed and shifted with cascading revelations, an official statement in his name was apparently prepared by the White House, and signed off by the president himself.

Junior has since published his very own emails leading up to the meeting, in which he is aware of its context and admits to its purpose. I love it, were the precise words he committed, in writing, to a plan to use Russian information to disrupt his own countrys democratic process.

The implications are beyond political. They are legal. The Trump campaign is subject to a probe from the FBI and special counsel Robert Mueller to investigate its Russian links. Legal experts conclude that Trump Jr has just confessed to a federal crime.

The question isnt: Why did he do it? or even: How can he just blithely admit to doing this serious thing, as if there will be no consequences?. Its: How does Donald Jr not even understand there will be consequences to this thing? Or to anything he does?

Sadly, in this period of record wealth and record inequality, children of the worlds billionaires are limited to a Rich Kids of Instagram frame of reference. Everything of value is monetary, and therefore, to them, obtainable. The privilege of wealth insulates from the very concept of constraint.

The Juniors meeting with the Russians is the same Junior hissing online through the testimony of James Comey, the FBI chief his father had just fired for loyalty to principle over president. This is the billionaires son Junior who paid to kill and mutilate threatened animal species; there are photos of him proudly holding aloft bleeding parts of dead elephants. Its Junior the presidential scion going on TV saying, maybe, now hes been exposed, hed do things differently with the Russians. Not reverse his path. Just travel differently.

For me, its impossible to separate the spectre of Donny Jr haunting the news from the halls of historical ghosts who share his personal sense of imperviousness.

Young Roman emperor Caligula may have insisted on being worshiped as a living god, but a self-indulgent three-year reign that exhausted Romes treasury provoked a gang of Roman loyalists to stab him 30 times. The act disabused him, conclusively, of both notions.

A belief in the divine right of kings saw the murderous King John demand a right to his barons wives, while a misplaced faith in his own leadership competence led not only to his loss of British territories in France, but his monarchical authority. Johns barons forced him to sign the Magna Carta, with, one assumes, no small degree of satisfaction.

The historical lesson from both and many others was that even with untold wealth and unquestionable authority, earthly power is limited by the capacity of those who possess it to manage its implications.

Its why studying the canon of classical literature was so rigidly enforced for previous generations of the powerful. Western literature heaves with explicit narrative warnings regarding the abuse of power and the destructive inevitability of believing oneself invincible. Agamemnon may have been the conquerer of Troy, but victory marching himself into his palace like a god leads him to the trap in which hes murdered. In Macbeth, Shakespeares regicidal Scot loses both his confidence that no man of woman born shall harm Macbeth and his head when the sword-wielding survivor of a Caesarean fronts up in the final act.

A self-appointing ruling family like the Trumps performs to the gold curtains of power with theatrical flair, but no one needs to attend the theatre to witness the messy price of hubris. You can google the scenes of Mussolinis deposition, or Gaddafis, or the Ceaucescuss on the internet. Neither marble palaces or the absolute power of tyranny spared any their narrative inevitability. In democracies, depositions are rarely bloody, but the Trumps may want to note that they can be swift and just as final.

An excellent piece analysing the present American intrigue appeared in Talking Points Memo this week. This is not like a media war in New York City where you can bludgeon your enemies by buying your own papers, wrote the author of The Vipers and The Derp, I have a persistent sense they dont quite grasp the seriousness of the situation theyre in.

It echoes a quote from another great narrative of deposition, All the Presidents Men: These are not very bright guys, and things got out of hand.

Im seeing this quote a lot; it refers to a previous generations Republican party princes, behind the scandal that was Watergate.

And while its not entirely pleasant to watch Junior, Kushner and the others stage this somewhat gormless, witless, feckless reenactment, the story remains entertaining. Watching the powerful bring about their own destruction always satisfies an audience.