Campaigning in Cornwall, the prime minister made a meal of eating one of the seasides most traditional offerings 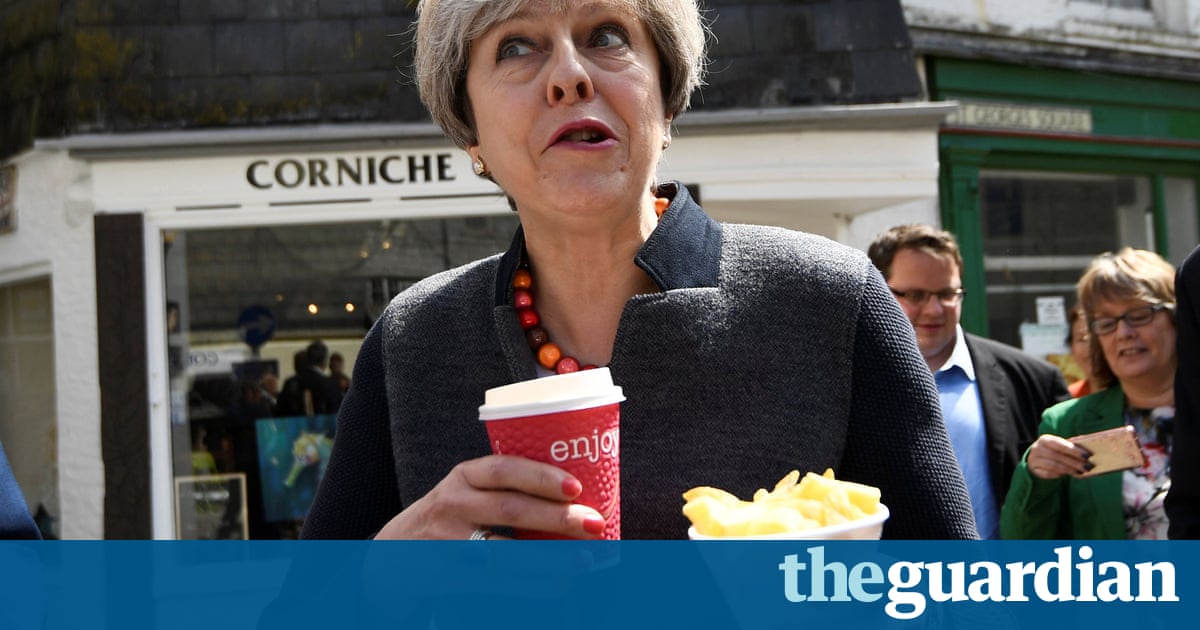 Theres nothing more traditionally British on a visit to the seaside than eating chips in the open air, but during a campaign visit to Cornwall on Tuesday Theresa May looked distinctly uncomfortable while tucking into a cone of them.

Pictured on a walkabout in Mevagissey, May looked for all the world like she had never eaten chips before or at least not without a knife and fork.