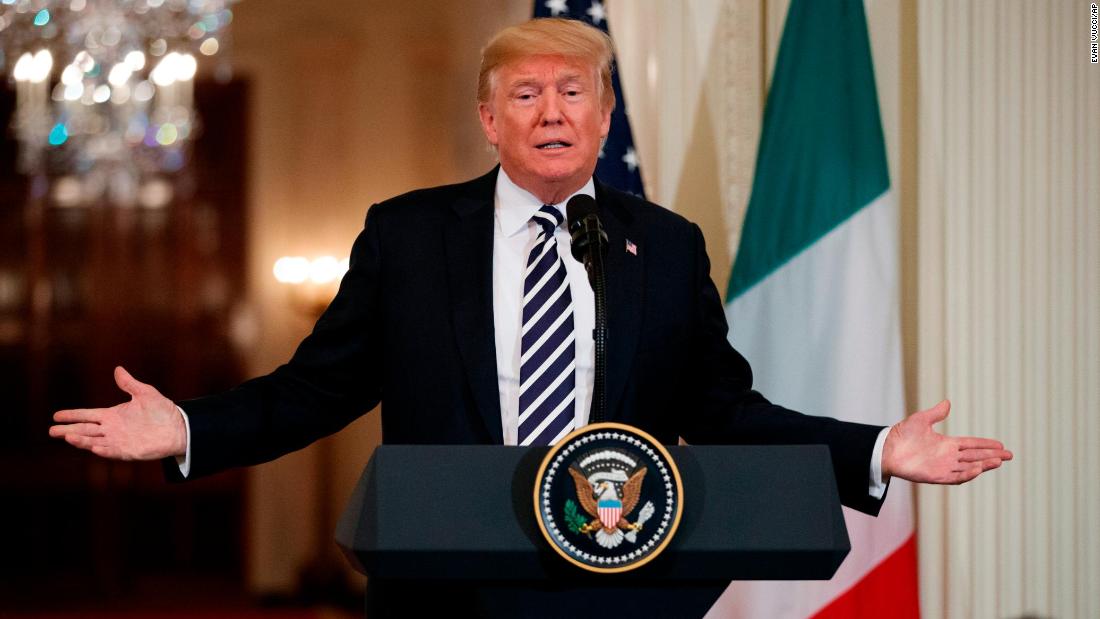 (CNN)The New York Times has the story. It reads:

“Mr. Trump has told advisers he is eager to meet with investigators to clear himself of wrongdoing, the people said. In effect, he believes he can convince the investigators for the special counsel, Robert S. Mueller III, of his belief that their own inquiry is a ‘witch hunt.'”
There’s a line of thinking that this is just the latest piece of an elaborate ruse by Trump and his lawyers — led by Rudy Giuliani — to make the President look like he really wants to talk to Mueller but that his lawyers just won’t let him. The little secret, according to that theory, is that Trump has zero interest in testifying but wants to make it look like he does so that he looks less guilty to the public.
I’m not an adherent of that theory. I’ve long believed that Trump is entirely sincere in his desire to talk to Mueller, for one major reason that the Times piece touches on: He thinks he can convince the former FBI director of how he, Trump, has been right about this probe all along.

Remember that Trump views everything in life, from mundane conversations to billion-dollar business deals to a summit with the leader of North Korea, as face-offs — mano a mano tests of will and strength: The whole world is a deal and he is the world’s greatest dealmaker.
“I’m the first to admit that I am very competitive and that I’ll do nearly anything within legal bounds to win,” Trump wrote in “The Art of the Deal. “Sometimes, part of making a deal is denigrating your competition.” 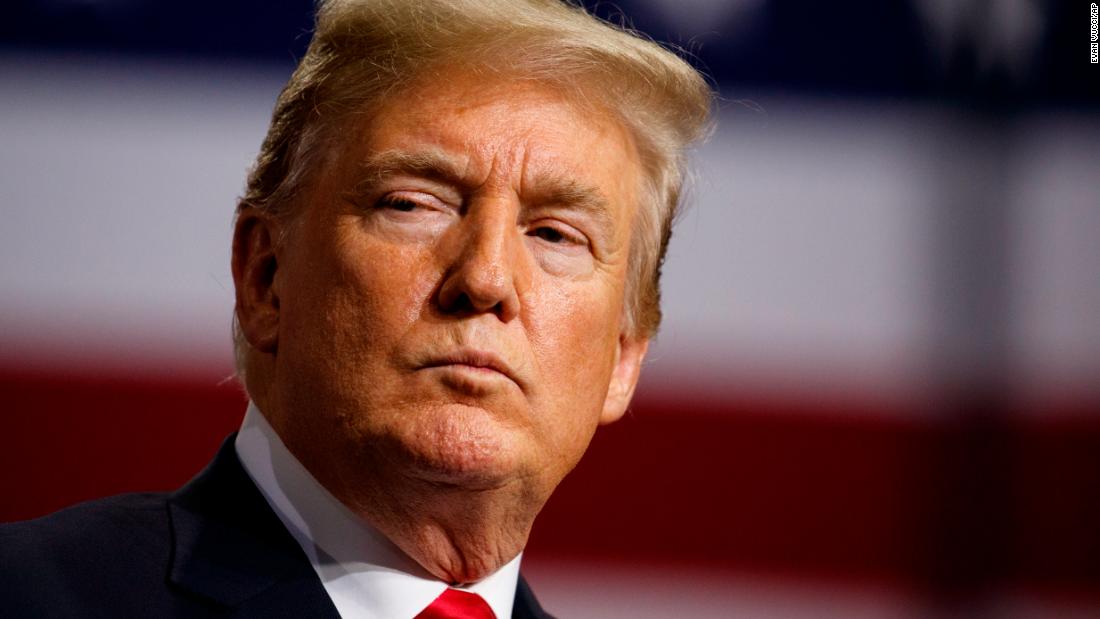 Sound familiar? In recent months, Trump has drastically upped his attacks on not just the special counsel investigation but Mueller personally. “Is Robert Mueller ever going to release his conflicts of interest with respect to President Trump, including the fact that we had a very nasty & contentious business relationship, I turned him down to head the FBI (one day before appointment as S.C.) & Comey is his close friend,” Trump tweeted over the weekend.
This sort of chest-thumping is the kind of stuff Trump has done in advance of a showdown that he expects to happen. Think of “Little Rocket Man” and the other taunts Trump lobbed at North Korean dictator Kim Jong Un prior to the duo’s historic summit in Singapore earlier this summer. The President is following that exact same blueprint.
Dodging Mueller — despite the potential legal soundness of that decision — isn’t in Trump’s DNA. Especially since it’s no secret that he is absolutely fixated on the Russia investigation and his belief that this is all one big hoax aimed at trying to undermine his 2016 victory. And double especially because Trump views Mueller as just the sort of guy who has always irked/fascinated him: A lifetime bureaucrat who has not only risen to the top of his field but whose intellect and toughness is revered and feared by everyone in Washington.

gets right about Donald Trump

In Trump’s tweets, you can see his disregard for Mueller’s sterling reputation oozing through. This guy thinks he’s smarter and better than me. He’s not. I’ll show him.
The best way I’ve found to understand how Donald Trump thinks about himself is as someone always on the outside looking in, faced pressed against the glass as the “elites” pal around inside. His father was a developer in Queens but never broke into Manhattan. When Trump the younger took on Manhattan, the old money elites didn’t want him in their clubs — he was too brash, too uncouth. (Why do you think Trump built his own golf clubs? You can’t deny membership to the guy who built the club.) When he came to Washington in 2011, wanting to be taken seriously as a presidential candidate, he was mocked and laughed at by President Barack Obama and the Washington political establishment.
“I hate it, I meet these people, they call it the elite,” Trump said on the campaign trail recently. “We got more money, we got more brains, we got better houses and apartments, we got nicer boats, we’re smarter than they are and they say they’re the elite. You’re the elite, we’re the elite.”
The idea of a man-to-man showdown/sit-down with Mueller is just more of the same in Trump’s mind. Another member of the elite who thinks he’s smarter and knows better. Another chance for Trump to prove that he is the alpha, the boss, the guy who can sell anything to anyone.
Trump’s rational mind — and his legal counsel — may well have concluded that an interview with Mueller is a no-win situation. But reason doesn’t rule in this case. This is about who Donald Trump believes he is — and who he has been his whole life. And that person is someone who not only sits down with Mueller but who proves to the former FBI director (and everyone else) that Trump was right all along about this special counsel investigation, and about everything else.