Spending per student exceeds the OECD average but the likes of Finland and South Korea get better results. What can the US learn from them? 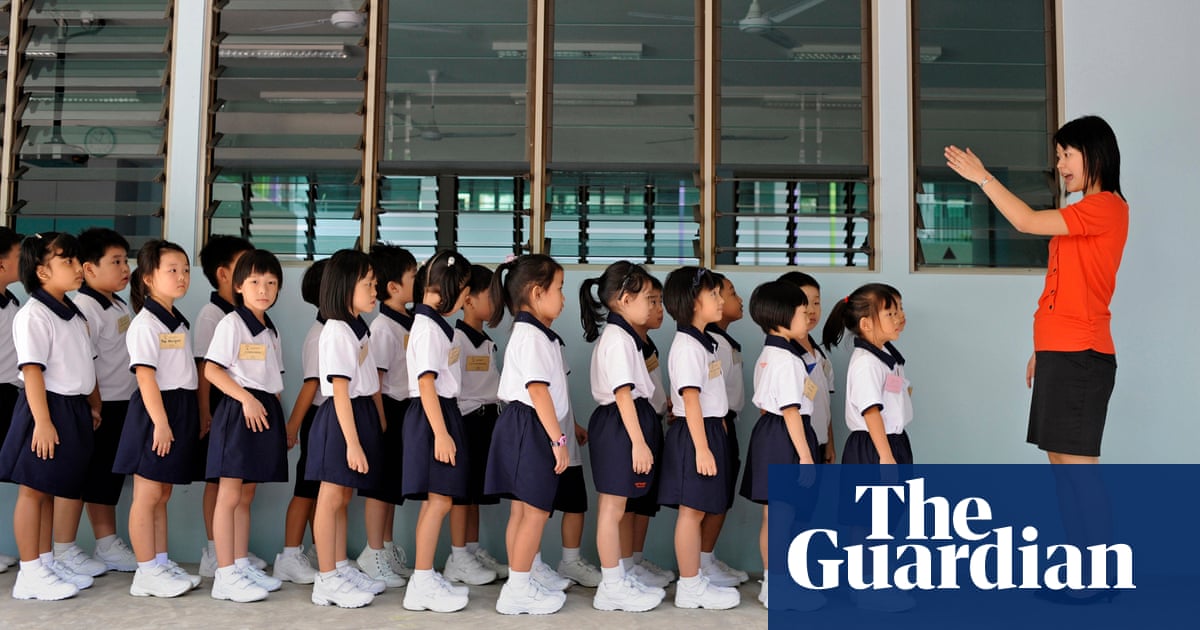 America’s schools are in trouble – but it’s not all about money. In 2014, the US spent an average of $16,268 a year to educate a pupil from primary through tertiary education, according to the Organization for Economic Cooperation and Development’s (OECD) annual report of education indicators, well above the global average of $10,759.

And – at the broad level – all that money does not appear to be translating into better results for US students. According to the Washington thinktank the National Center on Education and the Economy (NCEE), the average student in Singapore is 3.5 years ahead of her US counterpart in maths, 1.5 years ahead in reading and 2.5 in science. Children in countries as diverse as Canada, China, Estonia, Germany, Finland, Netherland, New Zealand and Singapore consistently outrank their US counterparts on the basics of education.

Measuring education is difficult, especially in a country as huge and varied as the US. The OECD’s figures show that income inequality plays a huge part in dragging down the US’s scores and that America lags behind other countries in its ability to help lower-income students. Is it even possible to fix the country’s mathematics scores without first addressing poverty in the US, the lack of government support for low-income families and the paucity of prenatal care?

The international standard for assessing educational success is the OECD’s Programme for International Student Assessment (Pisa) – a global assessment of mathematics, reading and science skills conducted once every three years and on which the US gets consistently trounced. Pisa is not uncontroversial and critics charge that such a broad measure fails to take into account the extent to which cultural, economic and geographic differences affect the results. Nevertheless, Pisa suggests the US has cause for concern.

The issues are systemic, says Marc Tucker, the NCEE president, and getting worse. The problem, Tucker says, is that US schools were developed on a “factory model” – originally teachers were mainly female graduates with few other options in the workplace. The US still treats its teachers as if that were the case while the world’s most successful school systems have become “professional” and treat the recruitment and development of highly qualified teachers as integral to their education system.

“In the US what they did in 1910 made a lot of sense. They created a huge pool to teach who did not know a lot and wouldn’t be around for long,” said Tucker. The US “got lucky” in a world where college-educated women had few other options. Now those options are opening up and people who could have made great teachers are choosing other options.

The solution is clear, he says. “We have to have more highly educated teachers and we need to pay them more,” he said.

But it doesn’t seem like Washington is listening. “To some extent it is plain hubris. We were so dominant for so long that it’s hard for us to accept that there are now so many countries pulling ahead of us,” said Tucker.

A look at the countries that are doing well on education offers some hints at a range of solutions that could provide a path forward for US schools.

Canada has a lot in common with its larger southern neighbor but has consistently outranked it on education. In Ontario, which educates 40% of Canada’s students, nearly 30% of the province’s population are immigrants. According to the 2015 Pisa exam results, Ontario scored fifth in the world in reading. Children of immigrants perform compatibly with their peers with Canadian-born parents in educational achievement.

In 2013 teacher training was revamped – lengthening training and reducing the number of slots available in order to improve quality. Decision-making is local but there is a national focus on personalized learning, flexibility and high standards.

Fifty years ago the majority of Singapore’s population was illiterate; today it is held up as one of the models for education around the world. The island nation, population just 5.6 million, consistently tops world rankings for education.

Education is highly centralized and becoming a teacher is extremely competitive. Candidates are recruited from the top third of secondary school graduates, and less than a fifth of applicants are admitted.

The teacher turnover rate is below 3%, less than half the rate in the US.

In Singapore teachers spend about 40% of their time with students, far less than in the US. The rest of their time is spent on research, lesson planning and strategizing with other teachers to ensure that their pupils’ needs are being met.

Getting into a teacher training course in Finland is tough. Acceptance rates for the University of Helsinki’s teacher education program (6.8%) were lower than its law program (8.3%) and medical school (7.3%) in 2016.

The Finns are committed to keeping their edge in education. Every four years, the government re-evaluates its education plan in order to adapt it to the changing needs of the country.

In 2000 Germany suffered “Pisa shock”. The OECD found German students were below average on core subjects and that the less well-off were suffering far higher rates of educational failure. The report sparked a national debate and government action. New academic standards were brought in, national tests were instituted and more funding went to early learning and immigrant families.

While problems remain – student performance for those further down the socio-economic scale is still lower than the OECD average – Germany’s system has shown marked improvements.

When Japanese occupation of Korea ended in 1945, it took its teachers with it. Only Japanese nationals had been allowed to teach and attend its secondary schools and higher education institutions and some 80% of the population was illiterate. Today South Korea has one of the world’s best-educated populations: in 2015, 69% of 25- to 34-year-olds had completed post-secondary education, the highest rate among all the OECD countries.

South Korea’s school system is highly centralized and highly test driven. Teaching is the country’s most popular profession and teachers are well paid and highly qualified. Teaching has a clear career path in South Korea and teachers are rewarded for developing their skills. While the starting salary for teachers is slightly below the OECD average of $32,202, at the top of the salary scale teachers make $55,122, higher than the OECD average and more than twice the country’s average household income of $21,723 a year.