The latest airstrikes against Isis are happening because the last offensive created a power vacuum. Theres a good bet that will happen this time too 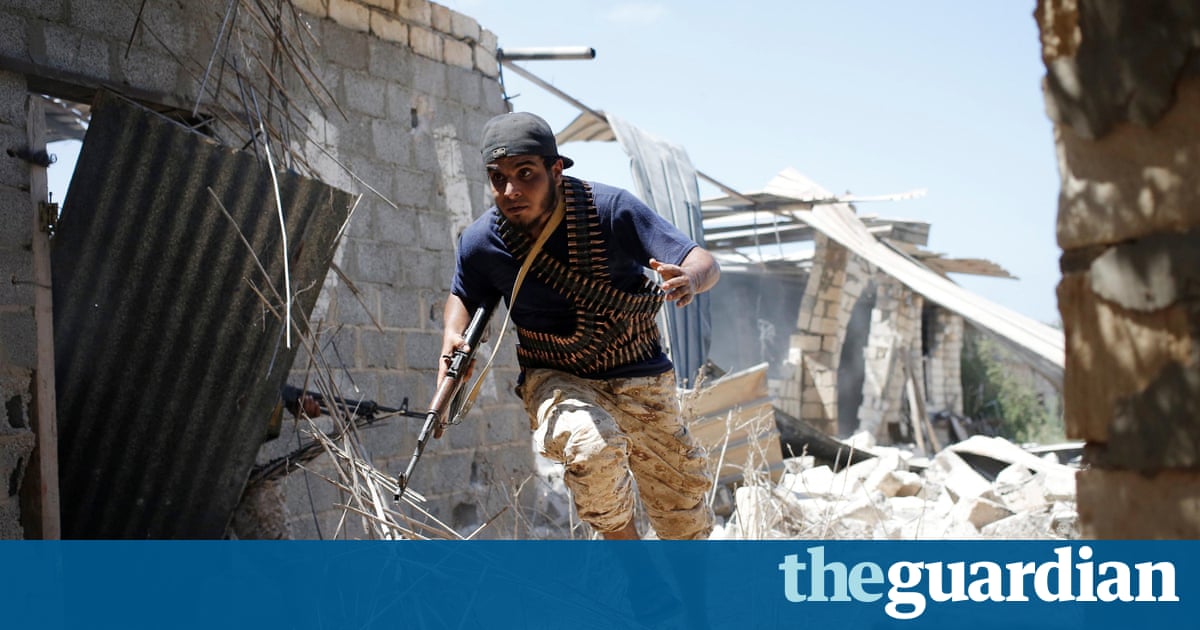 Just five years after bombing Libya to dispose of Muammar Gaddafi, the US is now officially bombing the country again, this time against alleged Isis terrorist strongholds that cropped up in the power vacuum created by the last bombing.

Its yet another episode of the War on Terror Circle of Life, where the US bombs a country and then funnels weapons into the region, which leads to chaos and the opportunity for terrorist organizations, which then leads more US bombing.

Like usual in the Obama administrations wars, there was no congressional vote on the latest airstrikes in Libya and no declaration of war, as required by the constitution. The administration is pinning the legal authority for this military incursion on the 2001 Authorization for Military Force that was meant for Afghanistan and the perpetrators of 9/11, al-Qaida. Isis, of course, didnt exist until years later, and the two groups are now enemies, but those technicalities dont seem to bother the Obama administration, which is continuing to expand US military presence abroad with little to no public input.

The pattern of bombing-chaos-bombing in Libya follows the same pattern as Iraq, which was largely free of al-Qaida members before the US invasion in 2003, only to see it become a terrorist hotbed for the group once the US military arrived, eventually leading to the formation of Isis. Iraq War III has been quietly but steadily increasing for months now the US has well over 5,000 troops back in the country after leaving at the end of 2011. The US troop presence went up again recently, recently reaching battalion-level numbers.

With even less fanfare, the same cycle has been playing out in Yemen, which the US has been backing in its appalling and indiscriminate Saudi Arabian bombing campaign that has killed thousands of civilians and led to many calls of war crimes. The war there continues to receives scant coverage in the media and is completely ignored by both presidential campaigns despite the fact that it has also created space for al-Qaida of the Arabian Peninsula (Aqap) to completely rejuvenate itself. As a Reuters investigation in April put it, Aqap has become stronger than at any time since it first emerged almost 20 years ago.

The US quietly announced in May that it now has troops inside Yemen, fighting the same al-Qaida that it helped strengthen by supporting the Saudi war.

And where will we be in Syria in six months? Well, if Hillary Clinton wins the 2016 presidential election, her campaign is already promising a reset on USSyria policy, where the military has already been dropping bombs for more than a year. Her reset policy, described by an adviser in the media last week, sounds an awful lot like she will be starting a war against the Assad regime, in addition to a wider bombing campaign against Isis she has already promised should she get into office.

Its worth noting that the US has been accused of killing dozens of civilians in Syria with its airstrikes on at least two different occasions in the last few weeks. How they plan on avoiding even more destruction and backlash when the conflict increases is anyones guess.

As foreign policy expert Micah Zenko pointed out, when so-called Iraq War III first started almost two years ago now, officials claimed it will be of a limited duration. In Yemen two months ago, they absurdly said that we view this as short-term, despite the crisis-level situation they helped create inside the country.

With Libya this time around, I guess we can be relieved that at least the US government isnt outwardly lying about any time limits on this military incursion. As the Guardians Spencer Ackerman reported: The US officials say [this] will be a sustained offensive against the militant group, and a Pentagon spokesman admitted: We dont have an end point at this particular point of time.

Whoever is in office after Obama leaves in January will have many decisions to make about wars across the Middle East. But one thing seems clear: the governments established pattern of needing to address the problems its own past actions helped create will continue.