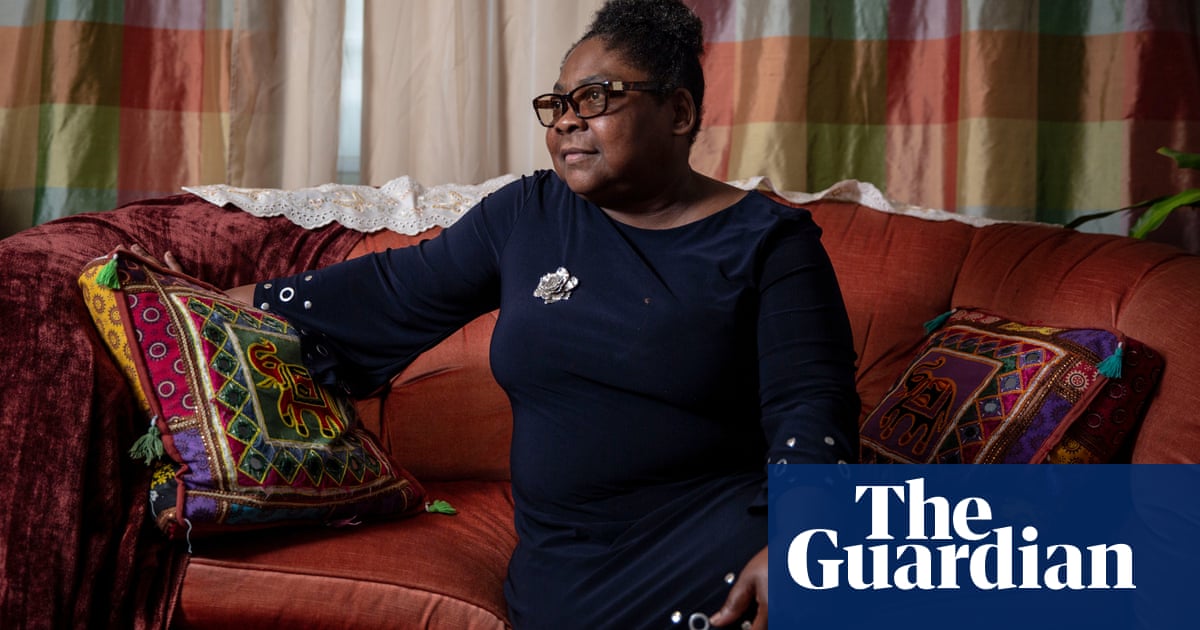 In July 2007, Carrie Barrett went to the emergency room at Methodist University hospital, complaining of shortness of breath and tightness in her chest. Her leg was swollen, she’d later recall, and her toes were turning black.

Given her family history, high blood pressure and newly diagnosed congestive heart failure, doctors performed a heart catheterization, threading a long tube through her groin and into her heart.

Barrett, who has never made more than $12 an hour, doesn’t remember getting any notices to pay from the hospital. But in 2010, Methodist Le Bonheur Healthcare sued her for the unpaid medical bills, plus attorney’s fees and court costs.

Since then, the nonprofit hospital system affiliated with the United Methodist Church has doggedly pursued her, adding interest to the debt seven times and garnishing money from her paycheck on 15 occasions.

Barrett, 63, now owes about $33,000, more than twice what she earned last year, according to her tax return.

“The only thing that kept me levelheaded was praying and asking God to help me,” she said.

She’s among thousands of patients the massive hospital has sued for unpaid medical bills. From 2014 through 2018, Methodist filed more than 8,300 lawsuits, according to an MLK50-ProPublica analysis of Shelby county general sessions court records. Older cases like Barrett’s, which dates back nearly a decade, remain on the court’s docket.

Other hospitals in Memphis, Tennessee, and around the country also sue patients. According to a study published on Tuesday in the Journal of the American Medical Association, researchers found more than 20,000 debt lawsuits filed by Virginia hospitals in 2017. More than 9,300 garnishment cases occurred that year, and nonprofit hospitals were more likely to garnish wages.

But Methodist’s aggressive collection practices stand out in a city where nearly one in four residents live below the poverty line.

Its handling of poor patients begins with a financial assistance policy that, unlike many of its peers around the country, all but ignores patients with any form of health insurance, no matter their out-of-pocket costs. If they are unable to afford their bills, patients then face what experts say is rare: a licensed collection agency owned by the hospital.

Lawsuits follow. Finally, after the hospital wins a judgment, it repeatedly tries to garnish patients’ wages, which it does in a far higher share of cases than other nonprofit hospitals in Memphis.

Its own employees are no exception. Since 2014, Methodist has sued dozens of its workers for unpaid medical bills, including a hospital housekeeper sued in 2017 for more than $23,000.

That year, she told the court, she made $16,000. She’s in a court-ordered payment plan, but in the case of more than 70 other employees, Methodist has garnished the wages it pays them to recoup its medical charges.

Nonprofit hospitals are generally exempt from local, state and federal taxes. In return, the federal government expects them to provide a significant community benefit, including charity care and financial assistance.

Methodist does provide some charity care – and pegs its community benefits as more than $226m annually – but experts faulted it for also wielding the court as a hammer.

“If Warren Buffett walks in and needs a heart valve procedure and then stiffs the hospital, then yes, you should sue Warren Buffett,” said John Colombo, a University of Illinois College of Law professor emeritus who has testified before Congress about the tax-exempt status of nonprofit hospitals. “I can’t think of a situation in which thousands of your patients would fit that.”

Several nonprofit hospitals don’t sue patients at all, such as Bon Secours hospitals in Virginia, which stopped pursuing debt suits in 2007, and the University of Pittsburgh medical center, which includes more than 20 facilities.

Some of Methodist hospital’s cousins – health systems affiliated with the United Methodist church – also don’t sue patients. That’s the case with Methodist Health System, which operates four hospitals in the Dallas area. The collection policy of the seven-hospital Houston Methodist system states: “At no time will Houston Methodist impose extraordinary collection actions such as wage garnishments”, liens on homes, or credit bureau notification.

“We are a faith-based institution and we don’t believe taking extraordinary measures to seek bill payments is consistent with our mission and values,” a Houston Methodist spokesperson said by email.

Methodist Le Bonheur, which says it is the second largest private employer in Shelby County, boasts on its website that it’s committed to a “culture of compassion.” Last year, Fortune magazine ranked the hospital among the 100 Best Companies to Work For.

Instead it sent a statement that said, “Outstanding patient debts are only sent to collections and then to court as a very last resort, and only after continued efforts to work with the patients have been exhausted.”

“We strongly believe in providing exceptional care to all members of the community –regardless of ability to pay.”

Beverly Robertson, who served on Methodist’s board from 2003 to 2012, said she was surprised to learn from a reporter about the hospital’s collection practices. During her lengthy tenure, she said, board members were never informed about the lawsuits against patients.

“I wish I’d known some of this,” said Robertson, president and CEO of the Greater Memphis Chamber and previously executive director of the National Civil Rights Museum.