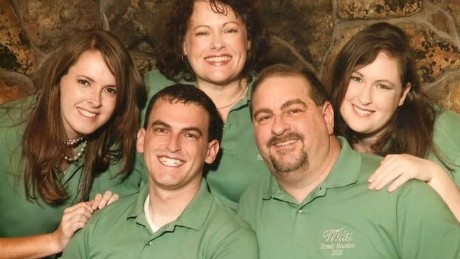 (CNN)Nick Kaczorowski is putting your Father’s Day gift to shame. He is giving the gift of life in the form of a kidney donation to his father. His 55-year-old father, Lance, has end-stage renal disease, and in November, learned his kidney function had completely shut down.

That news left his father with three options if he wanted to survive: undergo dialysis treatments three times a week, wait for a cadaver kidney transplant, or find a suitable match from a living donor. The family had a major decision to make.
Dialysis would not require surgery, but what would it ultimately mean for his quality of life? Taking 12 extra hours out of his schedule, which already devotes 40 hours to his job in Tucson, Arizona, as a mechanical engineer, to rely on a dialysis machine to perform the work of his kidneys. On the other hand, opting for a kidney donation may mean a better quality of life for him, though the wait for a cadaver kidney could take up to five years. Those five years of waiting would also mean five years attached to that dialysis machine. The other alternative, a live kidney donor, seemed to be the best choice, but how would he find a compatible match?
Fortunately, Lance Kaczorowski didn’t have to make those decisions alone. His 27-year-old son and his two younger daughters had already decided to step up to the plate for their dad. 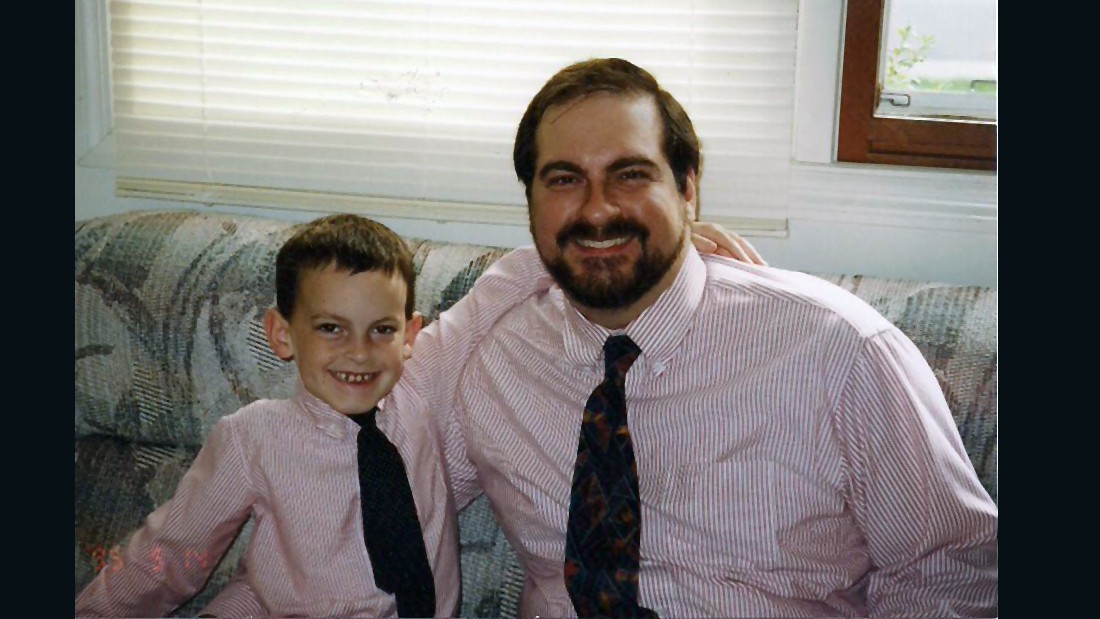 It’s not every day that children find themselves faced with the reality that their parent’s lives could one day depend on them. As Nick put it, how could he not at least try? “I couldn’t imagine going through life without him here, and doing this hopefully means I don’t have to worry about that anytime soon,” Nick said.
Nick, a software developer living in Salt Lake City, and his youngest sister Angela, a registered nurse, began researching the details of organ donation, knowing full well, and genuinely hoping, they could be the one to ultimately share one of their kidneys with their dad.
At first their father and their mother, Kathy, were reluctant to have one of their children undergo the surgery, but soon came to see the heart behind the motivation. “My initial reaction was ‘No, he’s my little baby boy. No, don’t cut him open,’ ” his mother told CNN affiliate KVOA. “But at the same time I didn’t want to lose my husband. He’s been my best friend for 28 years.”
As a biological son, he already has a 50% match of his father’s DNA. Sharing the same blood type gave them the green light they needed to pursue months of further testing, which later proved him to be a suitable match for the transplant. “Also I’m male, so I’ll never get pregnant,” he joked. “Donating a kidney can have some risk factors associated with getting pregnant and having kids later on, though nothing severe.”
As male kidneys tend to be physically larger, his gender and genetics definitely worked to his advantage for being “first in line.” His sisters were happily waiting next in line, though, should the testing not result in their brother’s favor as a match. They had even considered an organ exchange program should they prove to be a match despite having incompatible blood types.
In essence, they would offer their compatible kidneys to another patient whose loved ones were also incompatible matches, and in turn their compatible loved ones would donate a kidney to Lance.
‘We’ve always been close’
“My two little sisters are some of my best friends and my dad is the person I trust the most with advice. We’re still really tight-knit though we’re all dispersed,” he said.
After growing out of the inevitably uncomfortable teenage years Nick began to see his father differently through his own adult eyes. Increasingly, he realized that he wanted to have him around for a lot longer than his current kidneys could allow.
Already alike in so many ways, theirs is a bond that continues from followed footsteps to sharing identical kidneys. “Sometimes you have to accept a gift for the other person to receive the blessings from that giving. After years of giving to your kids, sometimes they get an opportunity to turn around and give back,” his father told KVOA.
The procedure
“As long as I can keep myself healthy — avoiding high blood pressure and diabetes — I shouldn’t have any complications with my remaining kidney,” he said.
His parents are still very concerned about their son’s recovery. “It’s not as easy as he makes it sound. I’ve read it’s actually harder on the kidney donor,” his father told KVOA.
His dad leaves pretty large shoes to fill when it comes to his kidneys — a 6’3″ frame that needs as large a kidney as possible to essentially perform the function of two. Nick is offering up the larger of his two kidneys so his dad receives as much kidney function as possible. “Basically a kidney is just a filter, and so, the bigger the filter, the more efficient it can work,” Nick said.
As the donor, Nick’s operation will consist of the kidney’s removal from the main blood vessels. Lance will end up with three kidneys when it’s all said and done. He has less than 10% of kidney function with his current setup.
“The idea being that the blood gets filtered through what is remaining of his two existing kidneys for whatever filtering they might be able to do. Then it goes through the third one, which I donate to him, for the final filtering, that will actually get the job done,” Nick said.
The pair’s surgery is scheduled at the Mayo Clinic in Scottsdale, Arizona, for early morning, June 23, two days after Father’s Day.
As for the recovery, the donor will be on bed rest in Tucson for the subsequent two weeks while his father will remain at the hospital for a few days of observation and testing. The Kaczorowski family has also set up a GoFundMe page to help offset the costs of the procedure that are not covered by insurance.
Nick said he is unsure about what his dad will be getting for Christmas, but one thing is for sure: It’s going to be hard to top Father’s Day.
Follow @christipocket